T.O.S. is a small artisan distillery in the heart of barley country in the Hauts-de-France, the northernmost region in France.

Hauts-de-France is a diverse region, blending historic Flemish culture with the influences of generations of immigrants who came to the area looking for work. The team at T.O.S. is a direct reflection of these influences, combining restoration, revitalization, and innovation to create one of the most exciting craft spirits projects in France.

The small team of four friends began as brewers, founding the Brasserie Saint Germain Brewery in their hometown of Aix-Noulette over twenty years ago. The team consists of Katy Gravina, Stéphane and Vincent Bogaert, and Hervé Descamps. The brewery was founded by the two brothers, Stéphane and Vincent, and their friend Hervé, who all have deeply-rooted Flemish origins. In 2017, Katy Gravina, Stéphane’s partner and T.O.S. Master Distiller, joined the team. Both of Katy’s grandfathers emigrated to the region looking for work.

Their brewery has become much-beloved in the region for its classic, Flemish-style beers. Their focus is on brewing classic styles in large formats, serving the dual purpose both as the ideal vessel for bottle conditioning their brews and because “their beers are meant to be shared.”

When Katy joined the team in 2017, they installed a still on “the other side” (hence T.O.S. Distillerie) of the brewery’s walls with the mission to distill the area’s legendary grain. Their barley distillates take on many forms, all of which stem directly from their families’ historical roots in the region. As a former perfumer, Katy brings her experienced nose, scientific expertise, and perspective to her distillations. Katy is quiet and focused, single-minded in her quest to make complex, precise spirits that reflect the region’s rich history.

T.O.S. first began by producing single malt whisky. Their approach is both place-based and quality-focused. Rather than creating whisky in France’s traditional distilling regions, they started with their local region’s terroir (grains, water, climate), bringing their fermentation and distillation techniques to the land. Being thoughtful in every aspect of the production, they prioritize local and sustainable ingredients over imported ingredients with an organic label.

They work with two local malters to source the local barley for their flagship single malt whisky, Artesia. After a natural, slow eight-day fermentation, the whisky is single-distilled in a Holstein copper alembic still, seeing both pot and column distillation. Artesia is aged in both ex-Bourbon casks and new French oak barrels to create an elegant, light whisky that expresses French terroir through a classic whisky lens. French whiskies are an exciting new frontier for single malts, and T.O.S. is perfectly positioned to be one of the greats of this new discipline.

Once their inaugural batches of whisky were laid down to age, they began to distill genièvre, reviving a historic spirit essential to the Hauts-de-France region. As a cousin to Dutch genever, French genièvre was the everyday spirit for the local mining and textile workers who made up the region’s workforce. A natural product of the area’s well-known barley and juniper crops, genièvre was a way to fortify against the tiring work and cool Northern climate and brutality of circumstance. Though it was once produced in enormous quantities in the region, it has now become almost extinct.⁠ T.O.S. has made it their mission to recuperate northern France’s emblematic distillate.

Their Boutefeu genièvre focuses on the grains first by co-fermenting 80% barley and 20% rye prior to the first distillation. The spirit is then aromatized with juniper berries (far less than your typical London dry gin) before the second distillation. Both distillations are made with their copper pot still. As one of the only remaining genièvres being produced in France and the only one in the US market, T.O.S. Boutefeu is a piece of history produced at the highest level by a modern young team helmed by Master Distiller Katy Gravina, a former perfumer. Katy applies her contemporary artisan distilling techniques to this traditional spirit, making it an essential part of the conversation around unaged barley distillates.

To honor their beloved Flemish-style beers, they began distilling their signature bière de garde to make Humulus (hops in Latin). Humulus is their meticulously-crafted beer distillate, showcasing the barley terroir of the region in yet another expression. Distilled from their flagship Réserve Hildegarde Blonde (which is lagered for 28 days), Humulus combines local barley with Strisselspalt and Brewer’s Gold hops; both are noble hops used in traditional Flemish beers. Similar to their Artesia whisky, Humulus is distilled through both the pot and column still on their Holstein alembic, then proofed down with local water to 46% abv. Although the region is famous for its brewing tradition, beer distillates are almost unheard of in the area. In this regard, T.O.S. is creating something completely new and surprising — a vehicle to experience their classical beer transformed into an expressive, elegant eau de vie de bière. T.O.S.’s brewing and distilling expertise inform one another, merging two separate sides of the region’s drinking tradition (as well as the two sides of their business) into a new world of local terroir exploration.

For T.O.S., the future is always informed by the past.

In addition to developing their own genièvre, they recently purchased the storied Wambrechies distillery, founded in 1817 near Lille on the Belgian border, which once produced one of the most popular versions of genièvre in the region. The distillery was closed, and its historic stills were destined to be sold off before the T.O.S. team stepped in and decided to save the distillery, taking on another project to protect the legacy of their region. “We couldn’t start something new while letting something old die,” Stéphane explains.

With the purchase of the Wambrechies distillery in 2021 and the explosion of interest in their work, the team of friends works tirelessly to keep up with demand for their historic spirits. Currently, they continue to distill their entire line from the minuscule T.O.S. facility until the Wambrechies distillery is revitalized and restored to its former glory, uniting the old and new. As this group of friends on the far northern border of France continues to innovate the world of barley distillates and French whiskies from their artisanal distillery, we are proud to represent their groundbreaking work in the US. 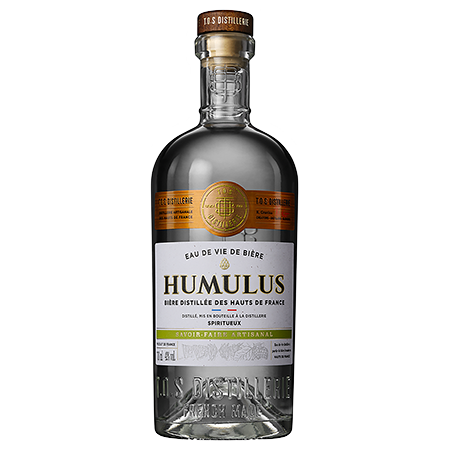 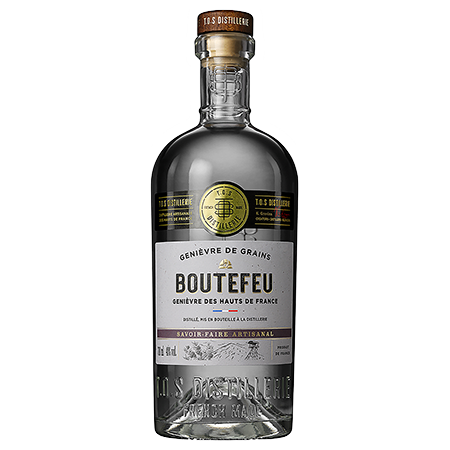 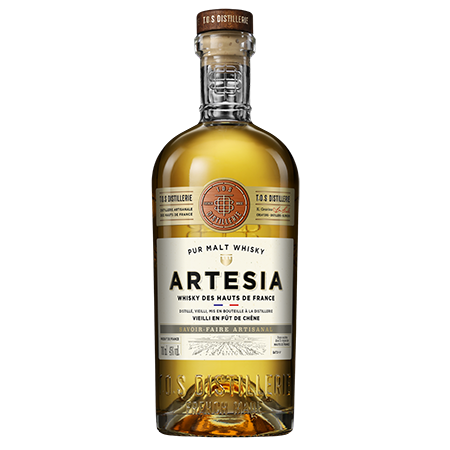