leading the charge towards wines of place and definition. Their familial roots in Bierzo are fundamental to them, as they do all of the work in the vineyards themselves, which is signified by the term viticultor on their bottles. Jose’s mother is a native of Valtuille de Abajo, and his father is a native of Corullón. Together, Jose and Julia’s families have owned vineyards in Bierzo for generations. All of their wines are hand-harvested, foot-crushed, and vinified very carefully with native fermentation and without manipulation.

Like many families who left the countryside for better opportunities in the cities, Jose spent his formative years in Barcelona, where he worked in restaurants and gained valuable perspective and experience with fine wine. Jose gained important experience in Bierzo apprenticing under a well-known winemaker in the region, returning for good in 2009 to recuperate his family’s vineyard holdings in the tiny village of Valtuille de Abajo.

Jose’s first commercial vintage of his iconic Unculín Mencía de Valtuille was in 2011, after two vintages of perfecting his expression. Their cuvée Unculín is a fresh, vin de soif-style Bierzo that offers an antidote to overblown, internationally-styled wines previously made in the region. Unculín is a Vino de Villa wine from over 80 different organically-grown small plots that are family-owned in the village of Valtuille de Abajo from 500m to 650m elevation, planted with 60 to 100-year-old traditional bush vines from native varieties. JAG’s minerality-driven Unculín echoes the traditions of co-fermentation in the Bierzo region while pushing the envelope of possibilities. Unculín brings similar energy to Bierzo as the Cru Beaujolais movement in France.

In the spirit of elevating their family holdings and with an inexhaustible work ethic, Jose and Julia set out recuperating historic vineyards by hand, recovering them one by one from the stranglehold of wild ivy. It’s a monumental work considering the 25ha of indigenous, old vines they own in Valtuille de Abajo and Corullón, and the fact that they are doing all of the work themselves. In the same way, by working out of a tiny, crumbling building hundreds of years old in Valtuille de Abajo, Jose and Julia have brought the structure back to life by hand, stone by stone, building new walls and a new future from the rubble of previous generations. Renewal and rebirth are themes that run deep throughout the very soul of these wines. Finally, their hard work has paid off, and their wines have arrived.

Bierzo has adopted a new quality-based classification system for its wines, closely following the Burgundian structure of regional, village, and single-vineyard wines. In the Vino de Villa classification system, 100% of the grapes must come from vineyards within the designated village, and yields are more than 20% below the limit for D.O. Bierzo. Other quality-conscious regulations have been implemented that now make the Bierzo appellation a leading producer of fine wine in not only Spain but in the whole of Europe. All of JAG’s cuvées are classified according to the new qualitative structure.

In Valtuille de Abajo, equally crucial to the quality and resulting complexity and liveliness of their wines is the genetic heritage of their ancient vines of mencía, godello, alicante bouchet, merenzao, palomino, and doña blanca. With native vines planted mostly before the industrialization of Spanish wine (some vines in Valtuille being more than 200 years old), JAG’s vineyards provide an unspoiled genetic window to another era before modern clones were selected for higher yields. The viticulture is by hand and strictly organic, as their philosophy has always been to make their wines as natural as possible. As a result, they have never used chemicals in the vineyard. It’s one thing to produce wines naturally; it’s another thing entirely to produce naturally-made wine from old-vine vineyards like these, which are among the oldest in Europe. The only compost used is local, organic chestnuts, which grow in the vineyards. To make wines any other way would be unthinkable to their philosophy of regeneration and rebirth. It is their legacy to leave Bierzo better than they found it for their children.

Their flagship Valtuille Vino de Villa is from low-yielding vines in the village of Valtuille de Abajo, highlighting the virtues of JAG’s oldest bush-trained vineyards from their home village with mixed alluvial and clay soils with a wide variety of stones planted at 550m altitude. It is produced from co-fermented mencía and 15% white grapes (doña blanca, palomino, and godello) from different old vineyards selected for high quality.

Jose and Julia are also working single vineyards planted in slate and quartz soils in the highly coveted Corullón Vino de Villa appellation. Approaching the Corullón mountain, the Río Burbia (which empties into the Sil River) marks the change in soil types from the red, ferric-clay iron deposits of Valtuille to the darker, volcanic clay/slates (with no iron) of the Corullón area. The old, native bush vines of mencía, godello, palomino, and doña blanca share acreage on the mountain with chestnut trees, from which Jose and Julia use the shells as natural compost. Several small vineyards planted on pure, black slate soils were blended into one Corullón village wine. Among them, Pico de Lugar and Las Tías stand out as exceptional sites of great historical importance. These are very small, long-held family vineyards in the Corullón village with an average vine age of 70 to 100 years and altitudes that range from 650m to 980m. Las Tías, one of the primary vineyards, lies in the transitional zone between the provinces of Lugo and Castilla y León, connecting Bierzo to Valdeorras and the Val do Bibei in Ribeira Sacra. As such, it receives the most Atlantic influence of all the vineyards in Corullón.

Their cuvée Corullón Vino de Villa showcases the wilder and deeper character of the wines from the slate, quartzite, and limestone soils on the slopes of Corullón. It has fine minerality that makes it neatly textured and a structure that is well-suited to improvement in bottle.

Concerning the white wines of JAG, tasters often remark that their genre-defining Valtuille Godello tastes nothing like most other modern versions of the godello grape on the market. This observation is objectively true, as it has much more soul and depth than the average offering. The answers lie in the exceptional provenance of the vines, indigenous fermentations, miniscule yields, and hands-off winemaking. JAG’s godello and doña blanca vineyards in Valtuille continually produce some of Bierzo’s most distinctive white wines.

Unafraid to innovate and push the envelope, Jose and Julia are also exploring naturally-occurring, biologically-aged flor wines for both white and red, utilizing spontaneous whole cluster co-fermentations of red and white varieties, as well as many other traditional methods.

In their new, very-limited Vinificación Singular expressions, they are diving deeply into the lengthy history of skin-contact wines with their doña blanca and co-fermentation with their lively, vin de soif style Bierzo, Cuvée Julia, pushing the envelope of freshness and vibrancy. The new expressions at the winery demonstrate the diversity of styles that Bierzo is capable of producing.

All of the work in the vineyard and winery is performed manually with the use of gravity, minimal intervention, and no chemical inputs. Quality, excellence, and soul are always the philosophy. JAG is defined by small production, very low yields, artisanal methods, and minimal intervention, yielding complex, elegant, delicious wines among the finest in Bierzo. We are truly in an exciting new era for Bierzo, as the next decade will witness the transformation of this historic region to greatness. We are grateful to be there for it with our friends Jose and Julia. 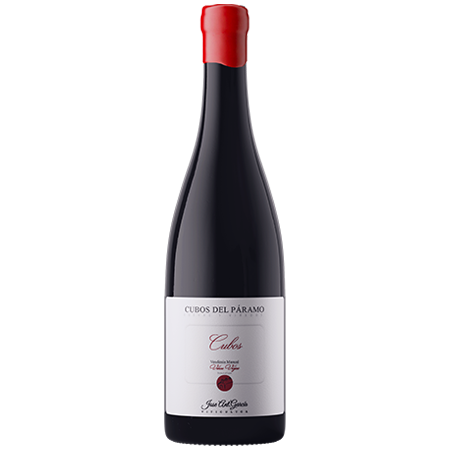 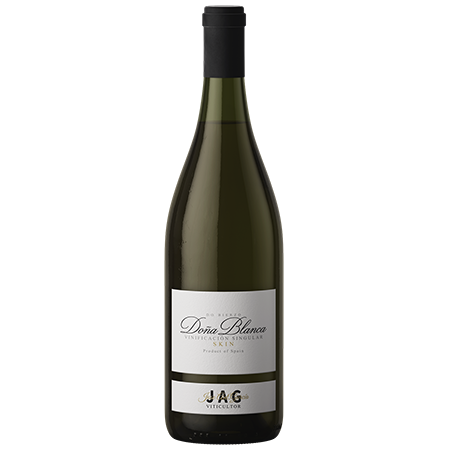 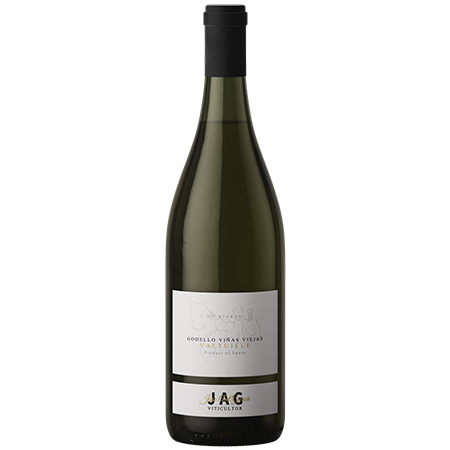 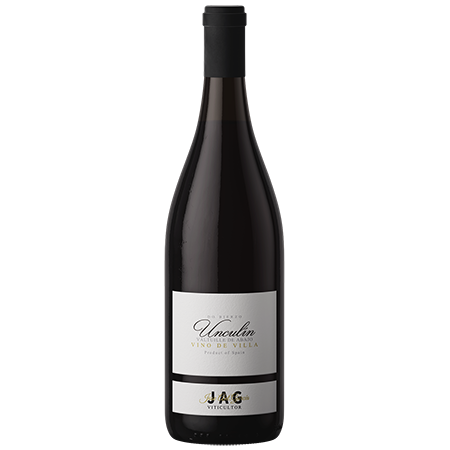 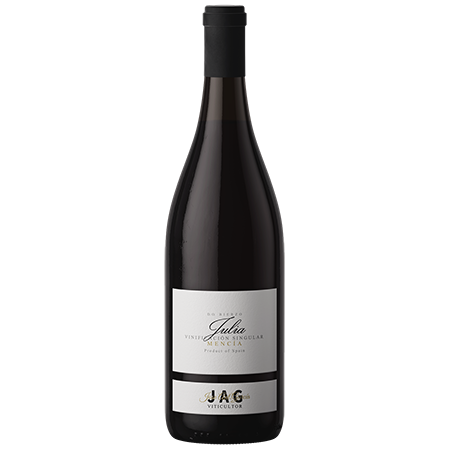 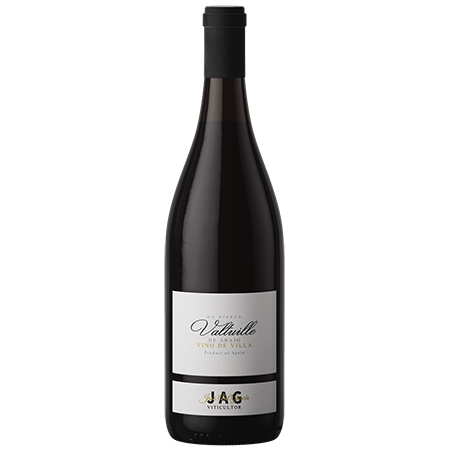 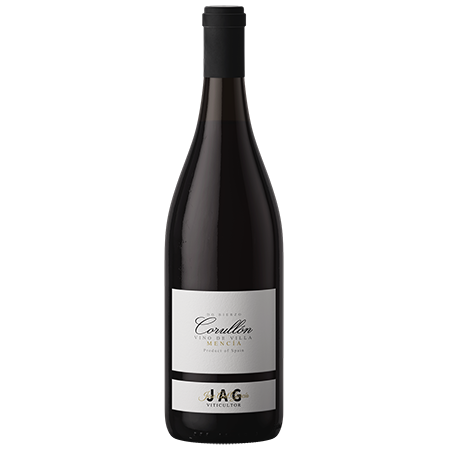