Itxas Harri, located in the village of Monteagudo in the northern Basque region of Navarra,

was the dream of Ignacio Ameztoi and his long-time friend and winemaking partner, Iñaki Guelbenzu. Navarra is considered the garden of Spain for its top quality produce such as asparagus, piquillo peppers, artichokes, and sheep milk cheeses like Roncal and Idiazábal as well as the Txistorra sausage. Inspiration for Itxas Harri grew over the years with Iñaki (who is from Navarra) and Ignacio repeatedly visiting the area, searching out the best local ingredients. Iñaki is a Basque gastronome with an encyclopedic knowledge of the region, and their frequent dining trips grew into an intense appreciation for the quality of the local ingredients, which are legendary in northern Spain.

Exceptional, uncomplicated ingredients and their ability to elevate the dining experience when paired, was the inspiration for Itxas Harri. They seek to bring the rich Basque food and wine experience to the home pantry through accessibility and an unpretentious presentation of their regional wines. Itxas Harri, which roughly translates to “sea stone,” are Basque table wines made by two friends, honoring the food memories and relationships made at the communal table.

Inspired by the ability of wines from Navarra to pair well with vegetables and fish, they learned from older farmers in the area where the best plots could be found, with the goal of making delicate, expressive wines to compliment hard-to-pair vegetables, like the local artichoke. Finally, he was able to convince a retiring farmer to sell him 2ha of old vines in the right location.

Monteagudo is known as one of the best locations for old-vine garnacha and tempranillo in the Navarra region,

as the area was once an ancient seabed with mixed alluvial soil from the Ebro River plain. There is an interesting confluence of three climates in Navarra: Atlantic, Continental, and Mediterranean from north to south. This gives the region many diverse wine styles and great variety. Itxas Harri is located in the southern subzone of Ribera Baja, at the southern tip of Navarra, inside the arid Ebro basin between Aragón and La Rioja, dominated by the Mediterranean climate. Most of the Ribera Baja subzone sits in a river plain, dominated by the presence of the majestic Sierra del Moncayo range to the southwest, the highest peak of the Sistema Ibérico mountain range running parallel to the Ebro River, overlooking vineyards both in Navarra and Aragón. The area is populated by small, predominantly family-owned vegetable farms and a handful of wineries who farm the indigenous garnacha vines.

The resulting wines from Itxas Harri defy standard logic; Navarra lies inland, yet the wines have a restraint and freshness with lower alcohol levels which we associate with the coastal areas. This was the result of the right climate and marine-bed vineyard for which Ignacio and Iñaki had been searching.

Navarra’s reputation for food and wine grew during the late Middle Ages, as religious tourists from what is now France, traveled along the medieval pilgrimage route, Camino de Santiago. They began noting the high quality of the wines they encountered as they made their way through the Kingdom of Navarra, en route to the Christian shrine of St. James the Apostle in Santiago de Compostela, Galicia, in far northwest Spain. Today the Camino de Santiago has grown in popularity for hikers interested in history, culture, and regional gastronomy. The Itxas Harri wines reflect the cultural and geological heritage of the region as typified by the iconic rock formation known as Castildetierra on the Beltza label (Beltza is Basque for black, denoting a red wine).

Itxas Harri has begun their exploration of Navarra with two wines. The first is an old-vine garnacha rosé, appropriately named Ŕoxa, which is “rosé” in Basque. Ŕoxa is an elegant, refreshing rosé that pairs beautifully with the grilled artichokes and vegetables for which Navarra is so famous. The second is a quaffable, vin de soif red garnacha simply called Beltza, which shows off the stony minerality of the region that lies on an ancient sea-bed. Beltza displays the refreshing, crunchy side of garnacha that is an easy pairing for almost any dish.

Itxas Harri plans to continue their exploration of the Basque culinary landscape, as the two friends recuperate old vineyards and make the treasures of this historic region accessible to new audiences. 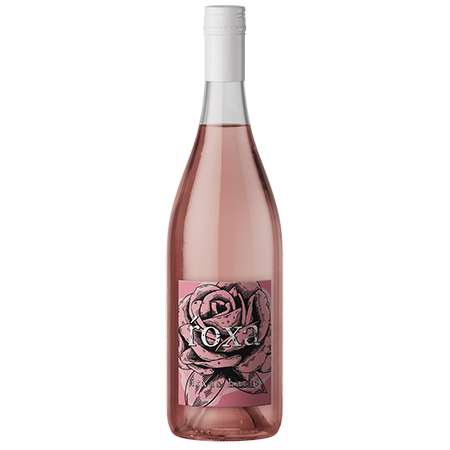 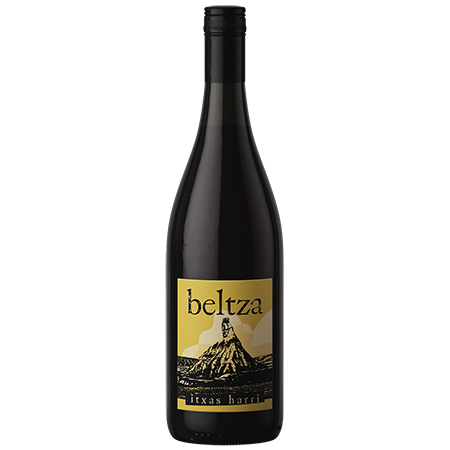