where the sole focus is producing single-vineyard wines of the highest quality from historic vineyards in the village of Torremontalbo. Íñigo Manso de Zúñiga Ugartechea, together with his winemaking partner and wife, Yolanda García Viadero (an agricultural engineer with a masters in oenology), work highly prestigious plots of pre-phylloxera vines near their home in Torremontalbo, an incredible structure built in 1252 by the Visigoths. The property lies on the right bank of the Ebro River, in the Rioja Alta subzone of Rioja, where Atlantic climatic influences dominate and produce wines with outstanding aging potential.

Íñigo studied oenology at the University of Bordeaux in France, where he learned to respect balance and restraint over power and concentration. He has worked and consulted for some of the top names in both Spain and France. The philosophy at the estate focuses on harvesting ripe grapes that are not overly mature at just the right moment to ensure balanced acidity. The resulting wines are among the most elegant and complex in Rioja, offering immediate enjoyment while promising a world-class sensory experience with moderate time in the cellar.

Both Íñigo and Yolanda have spent their lives making wine in many regions throughout Spain and apply the sum of their experience and passion to this small, artisanal project. Conde de Hervías currently stands as one of the most classically unique and elegant interpretations of Rioja, miles away from the mass-produced Rioja wines found in Haro. The name Conde de Hervías is a noble title and Íñigo, being the fourteenth and current Count of Hervías from an unbroken bloodline in his village dating to the Visigoth era, is a sincere, soft-spoken country gentleman who exudes warmth, class, and timeless elegance. The House of Zúñiga is a Spanish noble lineage composed of the descendants of the kings of Navarre of the House Íñiga, first granted to their descendants by the Holy Roman Emperor Carlos V, King of Spain, in 1520.

If Conde de Hervías were produced in Bordeaux, it would be a highly-regarded garagiste operation.

It is incredible to think that wine was produced in their historic Las Arenillas vineyard when the left bank of Bordeaux was still marshland. Based in Rioja, the project remains one of the hidden gems of Spain, produced from one of the most important vineyards in Rioja. Íñigo forgoes traditional reliance on the press (and forget about social media), focusing instead on delivering a singular, classic experience to his customers, private collectors who covet each release. As such, he has managed to fly below the radar of casual observers and trend chasers.

The flagship Conde de Hervías cuvée is produced from the Las Arenillas vineyard in the heart of Torremontalbo at 475m, on the right bank of the Ebro River. Conde de Hervías is only produced in the best vintages and in minimal quantities. Las Arenillas is one of the oldest and most famous pre-phylloxera vineyards in Rioja, with vines planted on their original rootstock in 1874 by Don Nicanor Manso de Zúñiga, the Count of Hervías, and his brother Don Victor Cruz, founder of the School of Oenology in Haro. Íñigo’s ancestors were at the epicenter of viticulture in the Rioja region during a time of great change, due to the phylloxera epidemic and partnership with the French in Bordeaux. To their amazement, the vines of their Las Arenillas vineyard survived the phylloxera epidemic, due to the sandy nature of the soil, while the louse wiped out the majority of the indigenous vines throughout the region. The indigenous tempranillo and graciano cuttings from Las Arenillas were utilized in the grafting of traditional Rioja varieties on American rootstocks in the wake of the phylloxera crisis. The same vines were also used to re-plant all of the other single vineyards at the estate: Llano Alto, planted in 1958 in calcareous clay soils with large river rocks; and Romero, planted in 1978 in pure calcareous clay soil. The estate vineyards carry an important, irreplaceable genetic heritage, pre-dating the industrialization of Rioja.

Íñigo utilizes the traditional goblet (bush training) method for all of his vineyards, which helps preserve acidity and freshness in the wines and guards against heat damage. Conde de Hervías is produced from hand-picked, organically-farmed grapes, of which roughly 90% are tempranillo and 10% are graciano. He works in a very intuitive manner, selecting only the best fruit for his wines, selling any fruit that does not make the cut, and never relying on chemical intervention. This has been the way at the property as far back as anyone can remember. Native yeasts are utilized for spontaneous alcoholic fermentations, bringing the character of the vineyard to the wines. Recently, he has been utilizing a method called integrated fermentation, where alcoholic and malolactic fermentations happen simultaneously, bringing great harmony to the wine.

Finally, the aging process is never hurried; the estate releases small quantities of each wine only when the time is right…

for each one to express its personality. This process is élevage in the truest sense of the concept. Although his releases could be labeled either Crianza, Reserva, or Gran Reserva, he forgoes the traditional focus on time spent in barrel; rather, he wants to remain free to focus on terroir and doing what is best for the wine, without appellation restrictions.

Conde de Hervías is a personal project where there is no separation between the individual and their wines. Like Íñigo, his wines always exhibit a confident air of sophistication, elegance, and authenticity, which is why they are at home paired with cuisine crafted with similar attributes. Conde de Hervías is about the quest for excellence in ingredients and the elevation of terroir in Rioja, which is why you will find it in some of the world’s greatest restaurants. With a great interest in Rioja rising among savvy wine collectors, Conde de Hervías will not remain a secret for long. 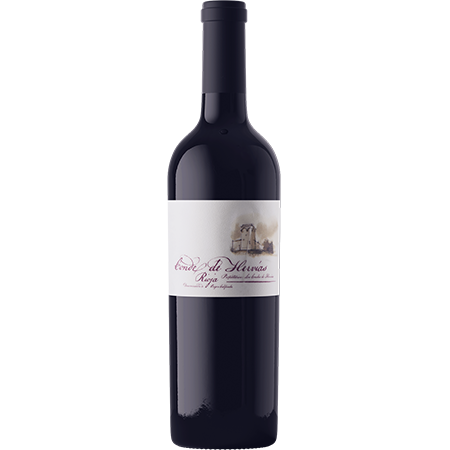 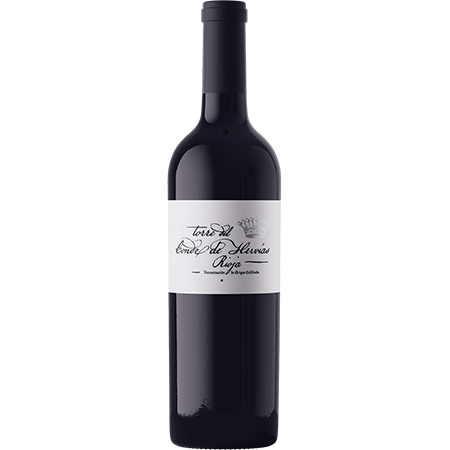 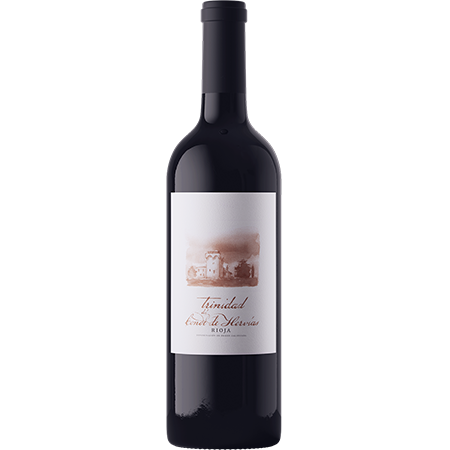