It is an understatement to say…

that Galicia is one of the most compelling and complex cultural regions for wine and gastronomy, not only in Spain but in the world. Until recently, the conversation in this region has been about rebuilding what was lost in the last century and the future potential of this enchanting land. With its remote location and rugged, natural beauty, Northwest Spain is just beginning to be understood by the pioneers who work there daily. Here the future lies in the rediscovery and refinement of the past. In Ladeiras and Gaba do Xil, the potential has become a reality.

Ladeiras do Xil is named for the hillsides along the Sil River (literally “slopes of the Sil”), which, along with the Miño River, is the lifeblood of the Ourense province, including the Valdeorras and Ribeira Sacra wine regions. Ladeiras do Xil produces a highly-coveted collection of extremely low-production, single-vineyard grand cru red wines: Valbuxán, As Caborcas, Falcoeira, and O Diviso, along with two white wines: Branco de Santa Cruz and Falcoeira Branco. All are field blends of indigenous grape varietals reflecting the purity and transcendence of one of the most exceptional terroirs in Europe. Ladeiras do Xil is a life’s project to recover and vindicate the exceptional sites along the Sil and Bibei rivers, uncovering their grand cru potential.

The vineyards of Ladeiras do Xil lie high above the Bibei river (a tributary of the Sil) near the village of Santa Cruz and the ancient monastery of Las Ermitas. This valley is among the most important and exciting areas for the potential of world-class viticulture in all of Galicia, as it lies in the southern part of Valdeorras, on the border of the Bibei subzone of Ribeira Sacra. The valley goes by different names, but the term Falcoeira is used by many locals due to the presence of falcons regularly soaring high above the vineyards. In reality, of course, the grapes in this valley do not know to which wine zone they belong. Fantastic old sites cling to vertiginous cliffs on both sides of the river. It’s not beyond reason to expect that this microclimate will be a grand cru all to itself twenty years down the line.

This region is exceptionally rural and biologically diverse, where ancient vineyards developed by monasteries exist in harmony with dense forest and animal life. As a rule, Ladeiras do Xil uses only indigenous grape varieties, which are bush-trained and follow the natural contours of the land, mindful of the history of the vineyards and the ecology of the surrounding area. Vineyards have existed in this valley since the Roman era, further refined and perfected by members of the Cistercian monasteries, for which the area is famous. The soils here are shallow, acidic, and coarse-textured due to varying proportions of decomposed granite with naturally low fertility.

The pioneering duo of Pablo Eguzkiza and Telmo Rodríguez started working in the Val do Bibei in 2002. Recognizing the potential to make world-class wines in this historic valley, they began a project restoring vineyards that would take more than a decade to come to fruition. The philosophy of their company has always been vineyard first, winery second. The most important piece of the puzzle is the vineyard, and we are now just beginning to see the unfolding of the grandeur of their vision. They have been quietly conducting heroic work in the face of incredible obstacles, as the climate in Galicia is unforgiving:

“It’s been an emotional experience reliving how our ancestors worked the land, moving tons of earth and stone, shaping the landscape and carving out plots and terraces that now lie practically abandoned but which could become some of the best vineyards in the world. We have learned how they used endless combinations of different varieties to adapt to the diversity of the land and climate.

We have learned a lot. We have reflected and understood that respect for this heritage will be the foundation of all our work for the future” – Telmo Rodríguez

Since 2014, the project has been led by the young vigneron Jorge Saa. He and his team have been quietly working, restoring the centuries-old terraces and replanting indigenous varieties as they were in the past —a diverse field blend— near the ancient village of Santa Cruz. Co-planting is essential in this region, and they are cultivating a number of varieties including merenzao, sousón, mencía, godello, treixadura, godello tinto, brancellao, doña blanca, garnacha, and palomino.

In the late 2010s, Pablo and Telmo came across the derelict Pazo Lg. Valbuxán, a prominent historic building made from the local granite, located in O Bolo county in Valdeorras. In 2019, after completely renovating it, including a historic cellar where records show wine has been made at least as far back as 300 years ago, Lg. Valbuxán became the winery in Valdeorras where all of the Ladeiras do Xil wines are now vinified.

Lg. Valbuxán (Lugar de Valbuxán, “the place of Valbuxán”) is an ancient pazo or “house of labor”. Pazos were estates in rural Galicia located mainly in the mountains, where extensive pastures provided good places to raise livestock. These estates also used to have a cellar where grapes from the surrounding communities were pressed and vinified into wine. Many of these grand estates were abandoned as agrarian life disappeared when labor moved to the cities during the last century.

Recuperating the old pazo helped the Ladeiras do Xil team dream about the wines they would make in the historic cellar. It inspired them to revive its history of making wine with grapes from the village and surrounding communities in a building cut from the very granite in which the vines grow. Ladeiras do Xil is poised to craft the wines of the future, informed by this forgotten region’s illustrious past.

As an introduction to the range, they produce two wines labeled Gaba do Xil Tinto and Gaba do Xil O Barreiro. These estate-grown red and white village wines serve as an entry point to the limited production single cru wines of Ladeiras do Xil, offering drinkers an incredible value for handmade Galician wines. As a helpful comparison with the wines of Burgundy, think of Gaba do Xil as Vosne-Romanée village wines, and Ladeiras do Xil singular vineyards as La Tâche, Richebourg, and La Romanée. The wines are produced from godello, doña blanca, treixadura, mencía, and merenzao grapes grown in estate vineyards. The primary vineyard lies inland at 400-500m elevation, near the town of Larouco, which has an Atlantic influence due to its location in a valley that forms an outlet to the sea.

Branco de Santa Cruz is an authentic Galician premier cru single-village wine. “Branco,” which means “white” in Gallego, comes from vineyards near the ancient monastic village of Santa Cruz in O Bolo county, located in the Val do Bibei in the southern part of the Valdeorras appellation. Branco de Santa Cruz is a blend of old vine godello, treixadura, doña blanca, and palomino varieties from traditional co-planted, bush-trained vines on granitic soil, locally called sábrego. Terraced vineyards perched between 400 and 600 meters above the Bibei river are planted on steep slopes facing south, west, and northwest. Branco de Santa Cruz shows off godello’s textural similarities with white Burgundy; however, it comes across as more Mediterranean, with aromatic herbs, white flowers, hay, and honeycomb, with good volume and balanced acidity.

Valbuxán is an authentic, premier cru village wine of various native varieties and different ages, all growing at different altitudes and exposures in the surrounding O Bolo county, particularly in the communities of As Ermitas, Santa Cruz, and Valbuxán. Among the native grape varieties used to make Valbuxán are mencía, merenzao, sousón, brancellao, and garnacha tintorera.

The undulating Bibei river valley has many expositions, but As Caborcas is one of the most prized positions by the older generation of Galician farmers. As such, it was the first single-vineyard selected by Telmo Rodriguez and Pablo Eguzkiza in 2010. The vineyard is 2.5ha, mostly northwest-facing, below the village of Santa Cruz and directly above the Bibei river, which strongly influences this vineyard by creating a microclimate that lends a freshness to the fruit. The name As Caborcas means “vineyard by the little river.” As Caborcas tends to be incredibly aromatic, with silky tannins and wild fruit character, speaking to the grand cru nature of the plot. Being at once both elegant and powerful, a very Atlantic Galician feeling runs through the wine.

As Caborcas is a unique vineyard full of different varieties, of different ages, from different strains, growing at different altitudes and exposures. The vineyard has two parts, one younger parcel and another which is more than 80 years old. Among the native grapes planted are mencía, merenzao, sousón, godello, and brancellao.

Falcoeira a Capilla, in the village of Santa Cruz, is thought of by locals as one of the very best grand cru vineyards in the area, displaying the fantastic depth and finesse of which the finest vineyards from this interior part of Galicia are capable. Falcoeira is always a richer wine compared to its siblings As Caborcas and O Diviso. Falcoeira sits at 400 to 600 meters on narrow, vertiginous terraces clinging to steep slopes oriented to the southwest. The vineyard had been totally neglected, and it took over a decade to pull out the wild vegetation, rebuild the terraces, and replant 100 stone terraces with 2.75ha of vineyards. These vines are now around 20 years old, planted with biologically-diverse heritage clones from ancient vineyards of mencía, sousón, merenzao, and caíño tinto.

The vineyard is split in two by a small access road. The fruit above the road is planted to red grapes for Falcoeira tinto, and the bottom, closer to the Bibei river, is planted to the white varieties godello, doña branca, and palomino that go into Falcoeira Branco. The soils here are coarsely textured decomposed granite known as sábrego. Falcoeira is an intense and profound wine, like the place it comes from, which makes it one of the most exciting wines in the world.

The O Diviso vineyard, located near the village of As Ermitas and its centuries-old monastery on the Bibei river, has always been unique for its steep green slopes and slightly hidden location among chestnut trees at an altitude of 700m with northwest exposure. Telmo and Pablo began the painstaking work of recovering the vineyard in 2011. They feel that O Diviso is probably the most authentic expression of Valdeorras on the slopes of the Bibei, and that the cru has limitless potential.

In total, the vineyard is 2.9ha, of which they are farming 1.2ha of old vines of mencía, garnacha, merenzao, mouratón, and caíño tinto. They are still in the process of recuperating the other 1.7ha from the forest, which had swallowed the ancient vineyard. This vineyard is their highest altitude and the one they harvest last. The decomposed granitic soils are shallow, acidic, and coarse-textured, known locally as sábrego. Wines from O Diviso are ultra-ethereal and graceful, with great tension and subtlety. O Diviso is refined and serious, with the finesse and length that only the world’s greatest vineyards are capable of. Viticulture is organic, the grapes are hand-harvested, and wines are made with low intervention. O Diviso is extremely limited: 1930 bottles produced. 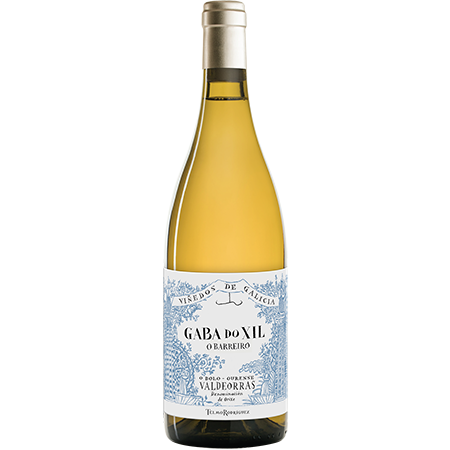 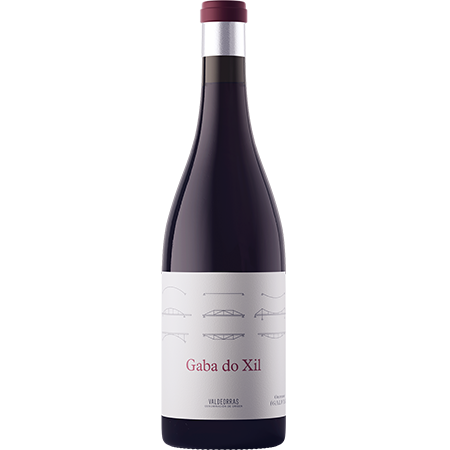 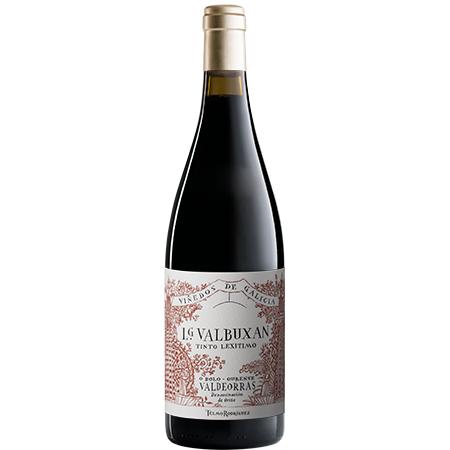 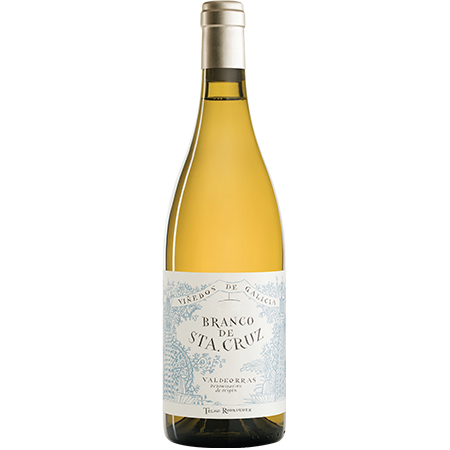 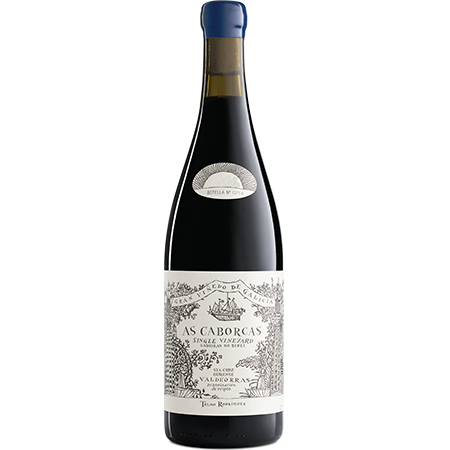 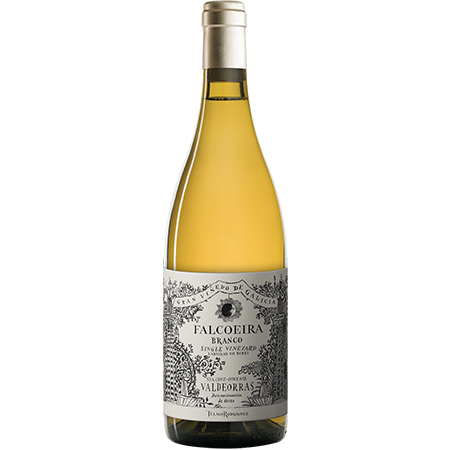 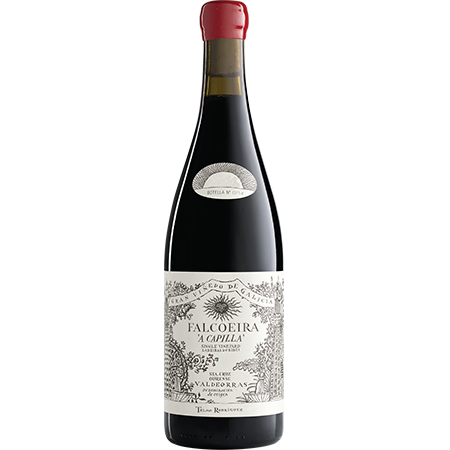 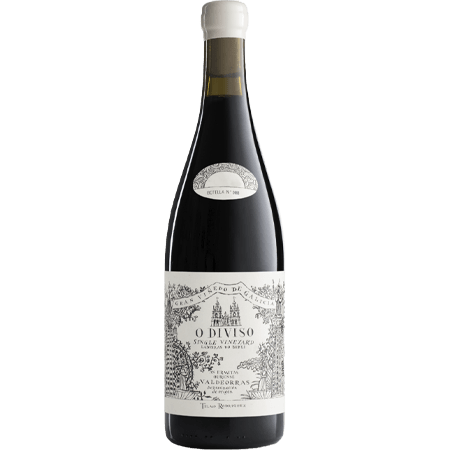