The Rhône river originates high in the glaciers of the Swiss Alps and flows by such cities as Geneva, Lyon, and Avignon on its way down to the Mediterranean. Navigable from Lyon to the ocean, the Rhône has historically been a hugely important transportation corridor, and remains so today with important highways and train lines running through its valley. It’s therefore not surprising to hear that the hillsides along the river have been planted with vines since at least Roman times, and likely even before.

Two very distinct regions make up the Rhône wine region. In the northern Rhône, syrah rules. Here the valley is narrow, and the hillsides on either side are steep. The climate is semi-continental, with the merest hint of Mediterranean influence. The Northern Rhône is the home of such fabled appellations as Côte Rotie and Hermitage. Despite the fame of the red wines from this region, other styles are made too, such as the rich viogniers of Condrieu and the sparkling wines of St. Péray. Special mention should also go to the vineyards of Seyssuel, directly across the river from Côte-Rotie. This historically significant area is currently being revitalized and is expected to gain AOP status in the coming years.

Heading south, between Valence and Montélimar there are hardly any vineyards, save a small area called Brézème. Then the valley becomes much broader and the climate changes to warmer, drier, Mediterranean type. Grenache takes over as the dominant grape, though tens of different varieties are grown, with mourvèdre, syrah, and cinsault playing the most prominent supporting roles.

The southern Rhône encompasses a huge area and accounts for 95% of the whole region’s output. There is a well-defined hierarchy to the vineyards here: the most basic wines fall under the umbrella of Côtes du Rhône. One step up is Côtes du Rhône Villages, then Côtes du Rhône Villages with a named village. Finally there are the crus that get their own appellations, such as Rasteau, Gigondas, Tavel or, most famously, Châteauneuf-du-Pape, with its powerful, brooding, long-lived reds. Each of these have their own, more stringent production rules.

Also included in the Rhône wine region are a handful of outlying areas: Duché d’Uzès, Costières de Nîmes, Lubéron, and Diois to name a few. Geographically and stylistically, they are a bit further afield, but administratively they are all contained within the big tent of the Rhône.

Crozes-Hermitage is an appellation that should probably be split in two, due to the contrast between its sub-zones.

The appellation essentially surrounds the hill of Hermitage. To the south is the plain, called the Terrace de Chassis. The land here is fairly flat, with the soil consisting of galets, alluvial stones like those found in Châteauneuf du Pape. The vines share land with fruit trees (which are irrigated), and it is one of the hotter areas of the northern Rhône. Vineyard work is mechanizable on the plain, and this is where much of the wine of the appellation is made.

The northern sector is all steep hills, granite soils, and cooler temperatures. In many places, the soils and exposures are the same as Hermitage. 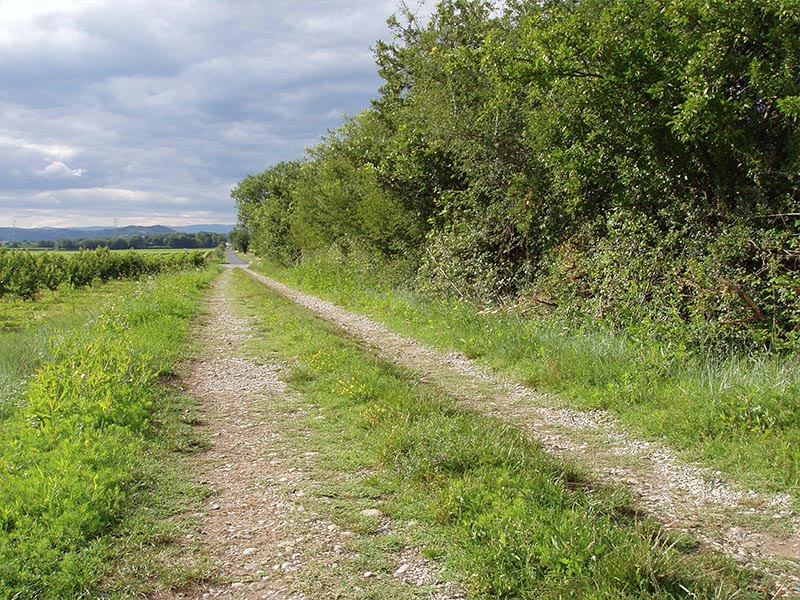 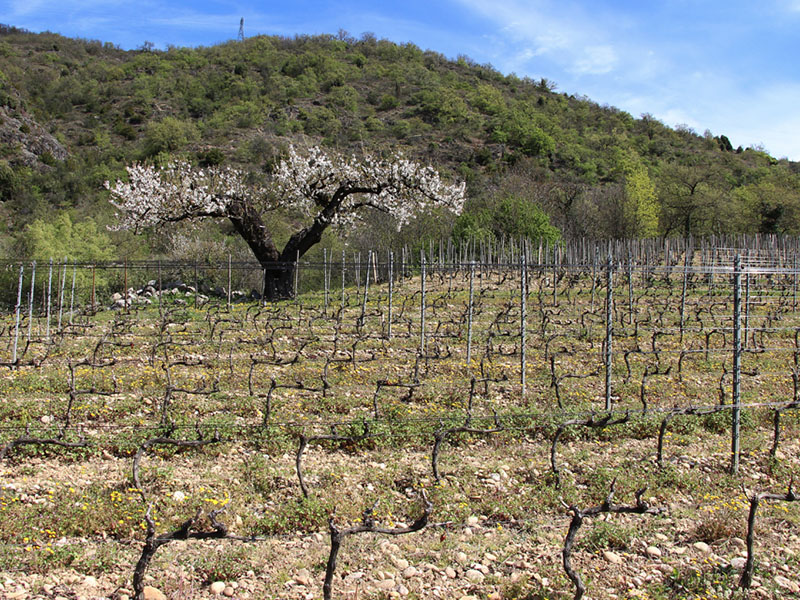 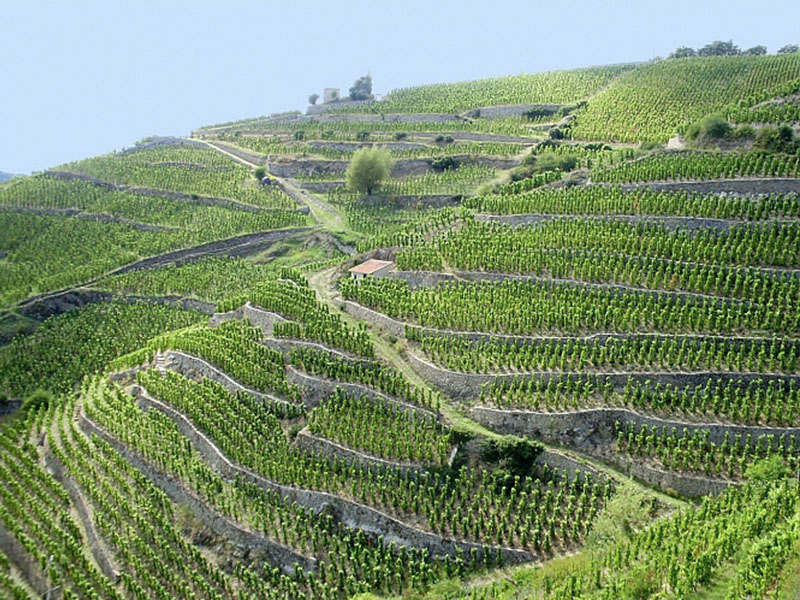 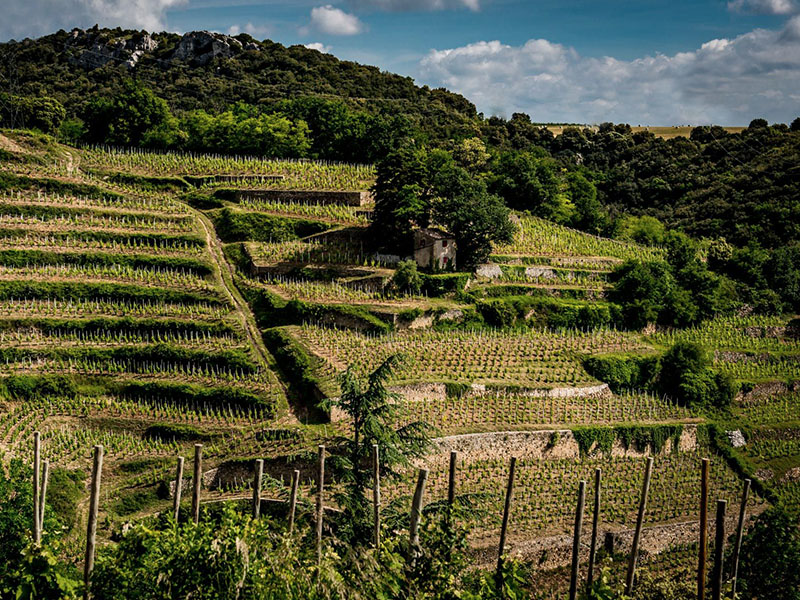 Saint-Joseph stretches 60km along the right bank of the Rhône. With Cornas at its southern border, the A.O.C. stretches until the vineyards start to intermingle with Condrieu in the north. The appellation can be roughly divided into three sectors: the original appellation in the south, the middle sector (dominated by the St. Désirat co-op) that spans from Serrières to Sarras, and the northern sector.

This north-south extension helps to create a variety of climates: Mediterranean influences are more dominant in the south while continental influences are seen further north. The other significant climatological factors are altitude and exposure: lower hillside vineyards are hotter and get more sun, while higher elevation vineyards on the plateau are much cooler and fresher. 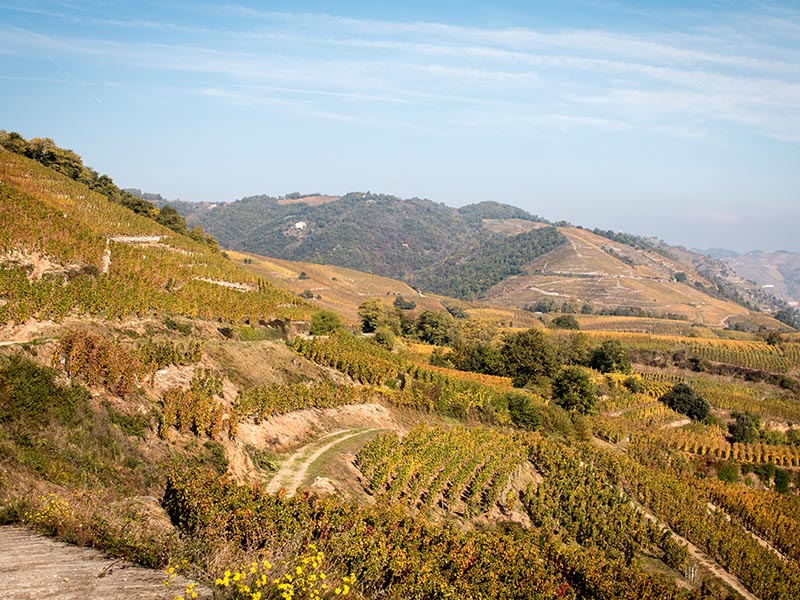 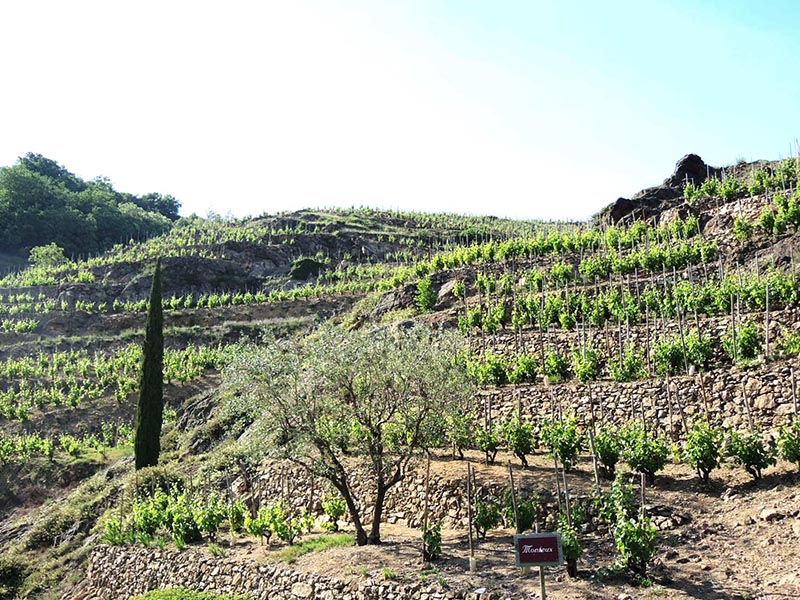 Côte-Rôtie means “roasted hillside,” so named because of the amount of sunshine it receives. At its best, this region in the Northern Rhône produces powerful yet elegant syrah wines (often tempered with a bit of viognier) capable of aging. The vineyards are planted on very steep south and southeast facing slopes overlooking the Rhône, up to 350m elevation. These vineyards are terraced due to the steep grade, and the vines are often trellised with three stakes in a method called trépied. This is due to the slope and also the strong, dry, northern winds that often blow. Côte-Rotie is usually divided into the Côte Blonde in the south (mostly gneiss) and the Côte Brune in the north (darker, iron-rich mica-schist). 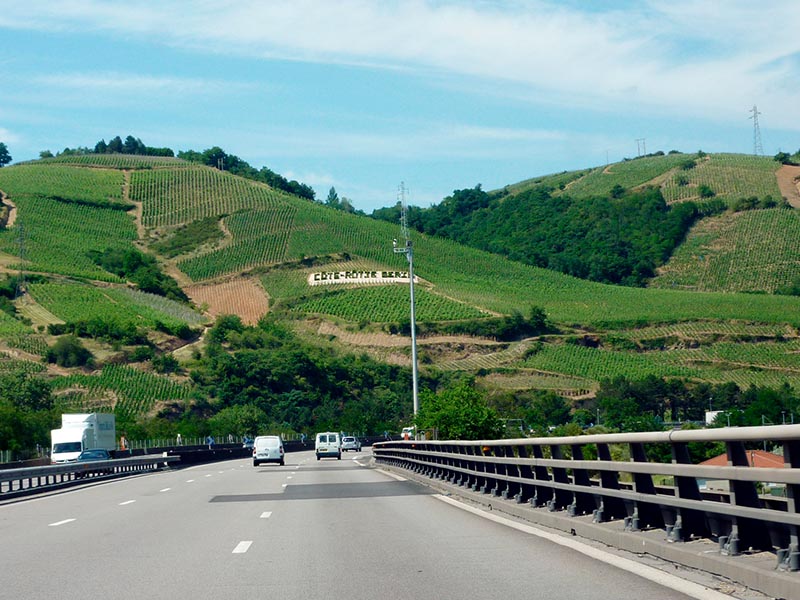 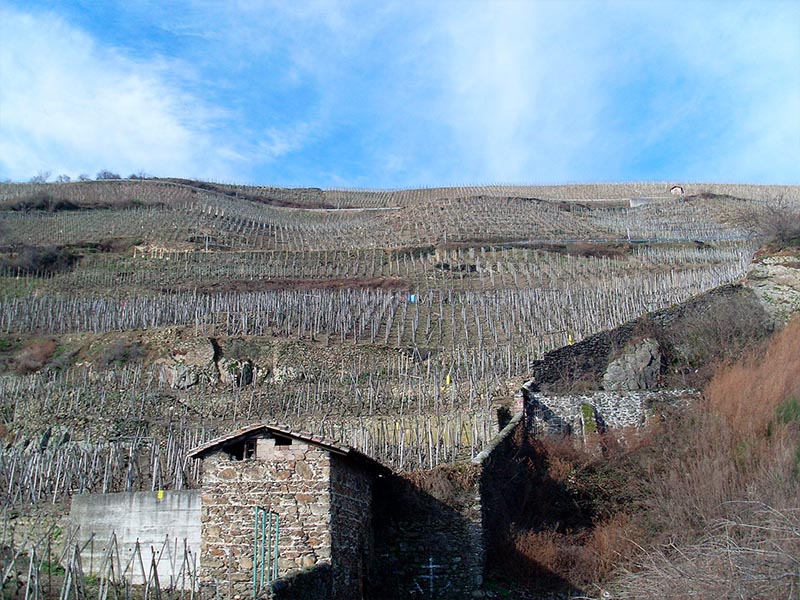 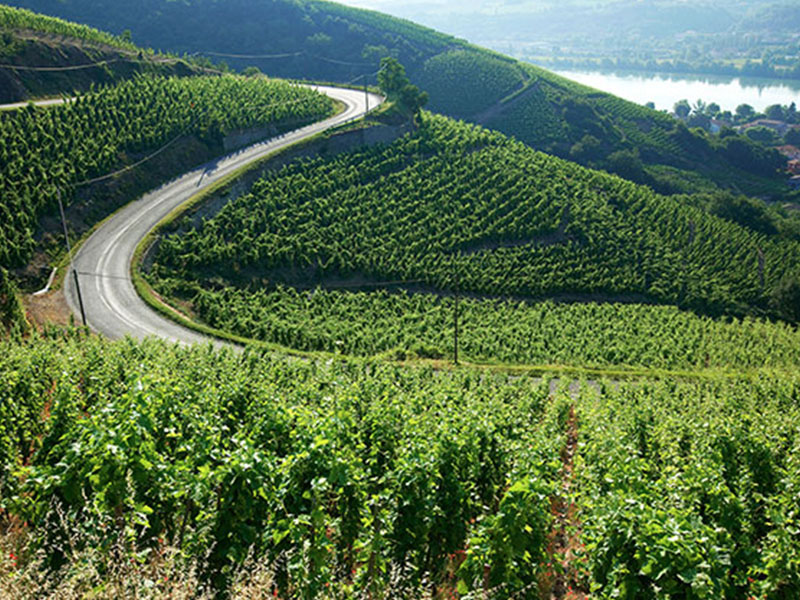 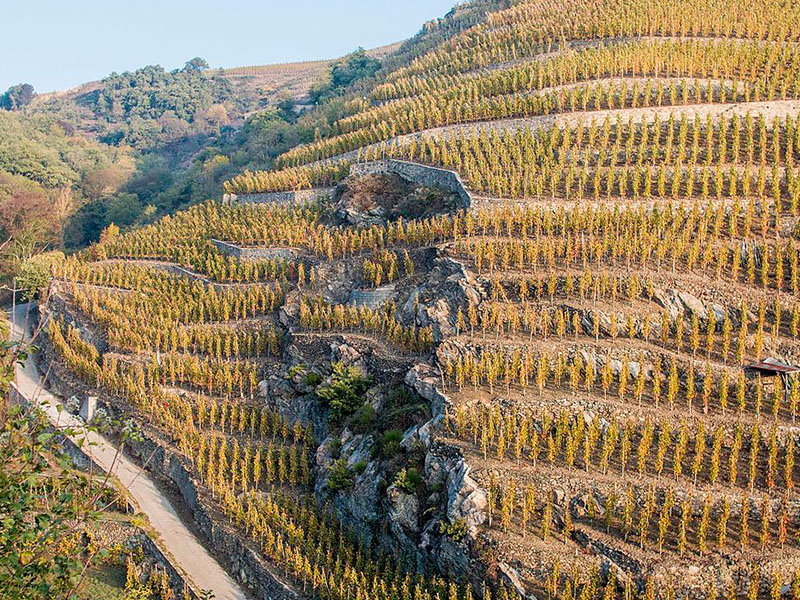 Vinsobres has only been its own appellation since 2005 – before that, it fell under the umbrella of Côtes du Rhône Villages. This is a relatively cool, fresh area, right at the edge of the foothills of the Alps, but protected from the most intense effects of the mistral. The vineyards are planted up to 400m elevations along a southeast-facing limestone hillside, with soils ranging from stony to sandy. Only red wines are produced in Vinsobres, with grenache (minimum 50% of any blend), mourvèdre, and syrah playing the dominant roles. A host of other grapes (including some white wines) plays a supporting role. 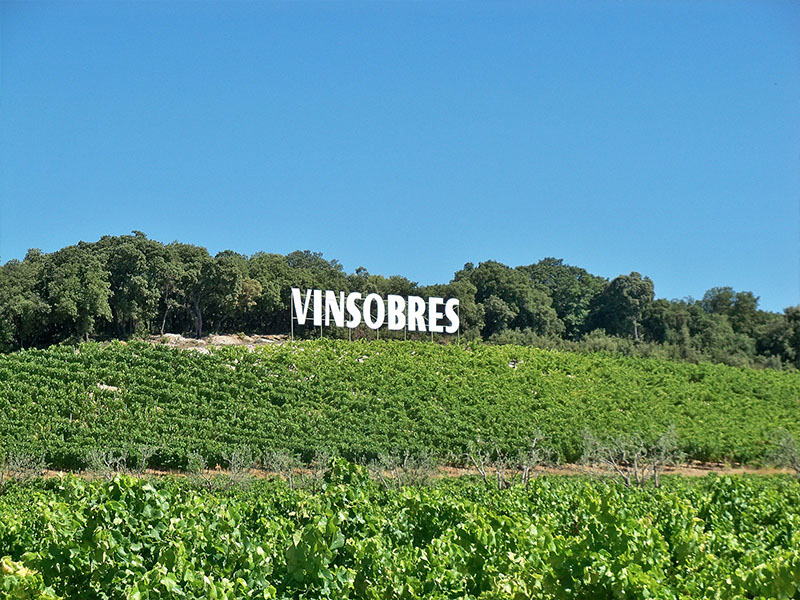 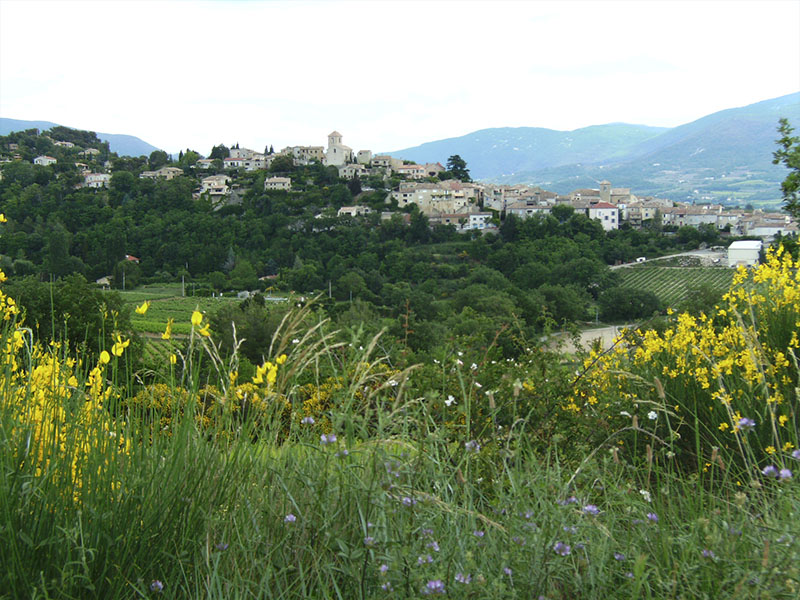 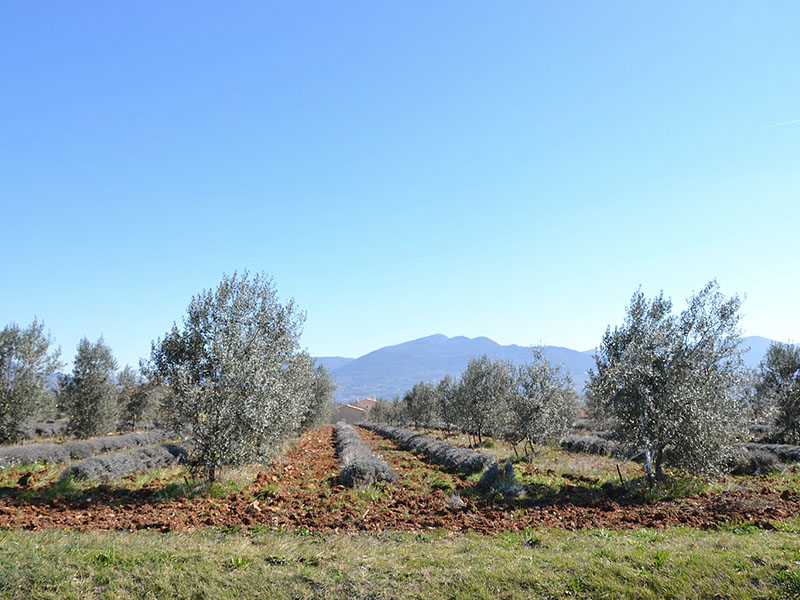 This broad appellation covers the viticultural areas of the southern Rhône that do not fall under the designation of Côtes du Rhône Villages or other specific appellations. Stretching over 200km from north to south across a big swath of geographical zones, it is hugely varied and resists any generalization. That said, the vast majority of the wines from the area are red, and grenache and syrah are the dominant grapes. The climate is mostly Mediterranean, though that influence wanes the further north you get. Additionally, an important factor throughout the region is the mistral, the cold, north winds that blow through the valley. 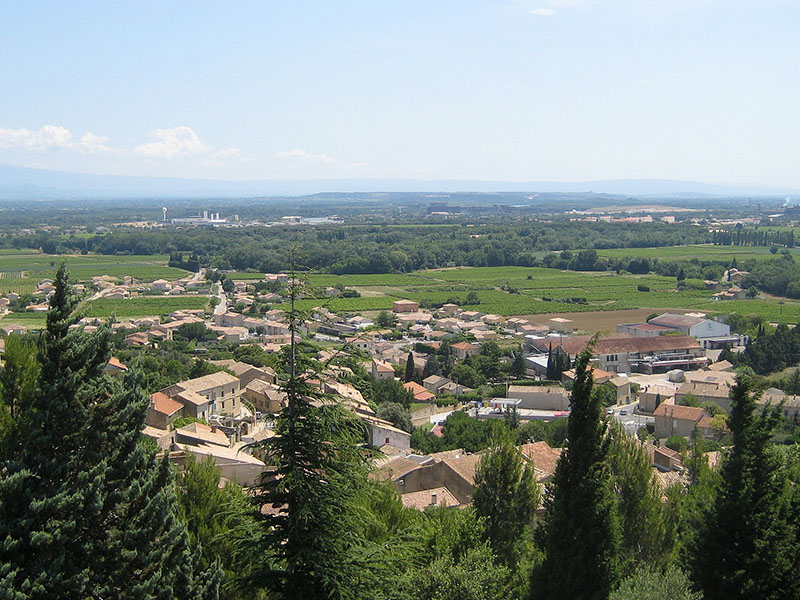 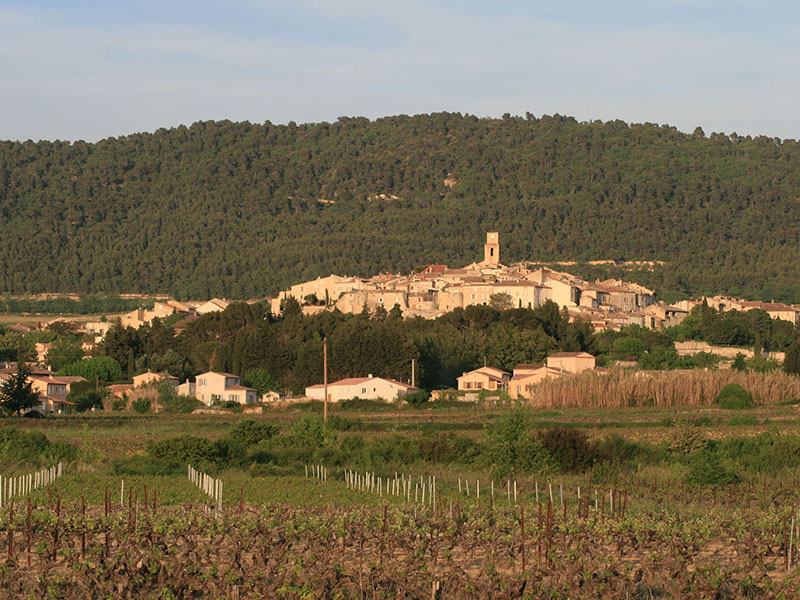