Cosima Bassouls is a young, charismatic leader of the bucolic Beaujolais-Lantignié region,

of which she is its most passionate advocate. Cosima has a vision for Lantignié, and it involves combining the strengths of the region’s long viticultural tradition with her progressive and innovative environmental plan. Her family property, Château des Vergers, dates to 1604 and is one of the grand, old properties of Beaujolais, historically producing both fruit and wine. Even earlier mentions show that gamay was grown on the land that would become Château des Vergers as early as the 14th century. It has a distinctly shaped roof, designed to resemble the hull of a boat, which is depicted on her labels. The village of Lantignié and Château des Vergers were also included as wine producers in the Cassini map of 1756, the first geometrical map covering the entire kingdom of France.

Located just north of Brouilly, west of Régnié, and less than one kilometer from the border of Morgon,

Beaujolais-Lantignié is a gem of a village that reminds us in some ways of what the Côte des Bar is to Champagne: the underdog and a hot spot of untapped potential. Lantignié has great geological complexity in the subsoils, with vineyards consisting of pink granite and volcanic blueschist (pierres bleues). It also has a diverse landscape with vines planted on rolling hills, bisected by streams, and bordered by woodland. Lantignié gamay is prized for its deep color, depth of flavor, and complexity. Vineyards at Château des Vergers range from 300m to 450m at the highest point.

The Beaujolais crisis of 1990 contributed to Vergers demise; the château was barely functioning when the family bought it. Cosima’s parents arrived at the estate in 2000, gradually bringing the charming old property (one that would not be out of place as a set for a Wes Anderson film) back to life, along with its historic vineyards. Before Cosima took on the project in 2018, her family was selling grapes to other local winemakers. With a distinct passion for nature, Cosima studied agronomy and economics. After obtaining her degree, she worked at several internships in Roussillon, focusing on organic and regenerative agriculture and agroecology. She began the conversion of all 6ha of family vineyards to organic farming in 2019, utilizing agroforestry and cover crops to create an integrated landscape that brings nature into the vineyards. She utilizes 15 different cover crops, rotating and adapting each to suit the needs of the parcel, which creates natural biodiversity and a true polyculture with healthy, living soil, which also counteracts erosion.

Cosima also employs other progressive vine-training methods, including planting all new parcels to cordon instead of gobelet. She has started the process of training her old vines on high stakes, where they can benefit from natural ventilation as a way to combat disease naturally. She braids the ends of the vines rather than cutting the leaves on the top of the plant, as she feels it is important because it is where the plant receives information and stores memory. Cosima continues to plant trees throughout her vineyards for multiple reasons, including evidence that the mycorrhizal fungal networks that work in synergy with tree roots are beneficial not only to healthy soil development but are a key factor in the transmission and regulation of vineyard systems. The fine, hairlike root tips of trees join together with microscopic fungal filaments to form the basic links of the network, which appears to operate as a symbiotic relationship between trees and vineyard systems. Trees are also an effective tool in controlling the heat in vineyards and providing shade, combating the effects of climate change. All of this leads to a healthier terroir and more complexity in the resulting wines.

with the ultimate goal of adhering to the highest ecological standards in Beaujolais. Her group of 18 like-minded friends, all young vignerons, are the next generation in Beaujolais and in Lantignié. They are working together, pooling resources, trading expertise, equipment, and vineyards. This communal atmosphere and openness to change and progressive ideals has created an electric feeling in the up-and-coming Lantignié region, which makes it the most exciting Beaujolais village to watch.

Château des Vergers ancient cellar provides ample space and timeless tools for making Beaujolais in a natural, traditional method. Harvest is by hand in small buckets, with gentle handling of the whole bunches. The bunches undergo a semi-carbonic maceration of ten to seventeen days before a very slow pressing using the château’s incredible, centuries-old vertical press. The old-wooden press is turned by the entire team once an hour for 24 hours, which provides just the right amount of pressure without extracting bitter elements. The press also naturally yields a clear must that does not need to be filtered or clarified. The must is racked into the château’s old, traditional concrete vats, where native yeasts carry out a spontaneous fermentation. Cosima theorizes the concrete tanks, with their inherent imperfections, give the natural yeasts tiny spots to cling to the sides of the tank, resulting in more robust, healthy fermentations. Malolactic fermentation is also natural and spontaneous. In this regard, her winemaking is as it had been in the region for centuries. Sulfur is not used in the winemaking process, and she adds only a small amount at bottling if needed. Her objective is “to produce terroir wines that are alive, with a soul,” wines that are as natural as possible, but also clean wines, without defects, as she has great respect for her customers.

All of her work sets the stage for Cosima Bassouls, her Château des Vergers, and the young Beaujolais Lantignié region. This is just the beginning, and we can’t wait to see what’s next. 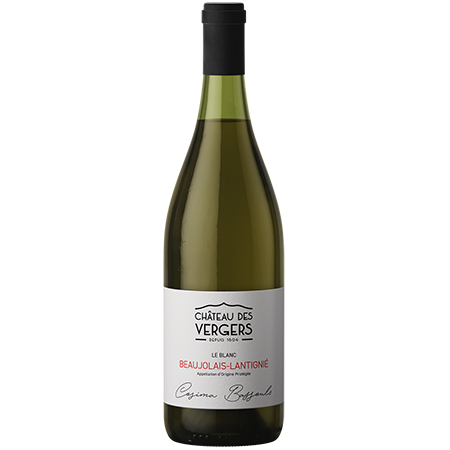 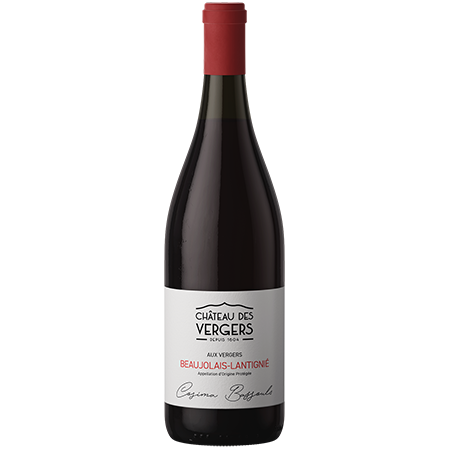