Sierra de Gredos is the mountainous region located on the continental divide of Spain.

It is a transitional zone where Northern Spain gives way to Southern Spain. The wines from the Sierra de Gredos mountains to the west of Madrid (aka Vinos de Madrid) have finally begun to claim their rightful place alongside other top wine regions focused on producing world-class garnacha (grenache). For many insiders, the region is now considered to be leading the conversation with regard to the potential of this Mediterranean grape, now understood to be indigenous to Spain. Yet, few U.S. drinkers know the origin story of this remote region, a place which the writer/philosopher Miguel de Unamuno described as ” the roof of Castile and the stone heart of Spain.”

For this origin story, we must go back 25 years to find a father and son on an expedition through this very stone heart of Spain, traversing the mountainous shepherds’ trails, searching for the forgotten landscapes of Iberia. This young man was Telmo Rodríguez, and this experience planted the seed for all that was to come for both him and his future winemaking partner, Pablo Eguzkiza, in the following two decades. The idea for what would simply be known as “Compañía” began when Telmo used to spend over ten summers with his father traversing the Cañadas Reales, which crisscross Spain, looking for forgotten vineyards. Originally, the plan was to write a book. Instead of the book coming to life, it inspired Telmo to start his company rescuing historic, neglected vineyards in these remote corners of Spain.

Cebreros, a village within the Sierra de Gredos,

was one of those forgotten regions he discovered on the Cañadas Reales in 1999 when the region was known only for bulk wine. Telmo began to make his first wine that year and decided to use the name Pegaso, a tribute to the famous Spanish car and truck manufacturer of the 1940s, which is dear to collectors with an eye for design and style.

First, they recovered the grand cru slope of Arrebatacapas, at an elevation of over 1100m, which is the most important pizarra (slate) landscape in all of Gredos. A rare band of brown slate is folded into the mostly granitic mountain range. The wine from this slate vineyard is called Pegaso Barrancos de Pizarra. A short while later, they continued to discover other vineyards with the equally interesting, granite-laced soil making wines called Granito and most recently, Zeta, which is a blend of both soil types.

We were working in a category that didn’t exist, working to produce an ambitious wine to ensure the survival of these stubborn vines. It has not been easy, but we succeeded. Today, Cebreros is an international category and our Barrancos de Pizarra and Granito, are the pure expression of this extreme and distinctive place.
– Telmo Rodríguez.

Cebreros is now both the name of the village and the appellation of origin in the southeast of the province of Ávila, within the greater Sierra de Gredos region. The landscape is stunning and quite varied, with some incredible-looking vineyards. It is nature at its best: unspoiled, wild, rustic, full of energy and light, and as authentic as it gets.

Enter Marc Isart (of Bernabeleva fame), who has been the winemaker here since 2016. Marc is known to many as one of the most knowledgeable and talented growers working in Sierra de Gredos, as he has been making wine there since 2007. Viticulture here strictly honors the old bush-trained vines and is certified EU organic, the area being surrounded by pine nut trees and high-mountain vegetation. Finally, with the refurbishment of an old hunting lodge called Finca La Piñonera, they established the simple winery in the heart of the vineyards.

Marc has guided Pegaso into an incredible new clarity of expression, being neither overly light, as is the current winemaking trend, nor overbearing, as was the style of the area in the past. Instead, the Pegaso wines speak confidently and clearly of the slate and granite mountains, fresh air and pine trees. More than one taster has uttered the phrase “mountain nebbiolo” when tasting Cebreros wines; and while they are completely separate grapes and regions, there are similarities in structure, spirit, and a lasting impression which connects these wines produced on once-forgotten slopes.

The Wines and Sites from Pegaso

Zeta is the Cebreros village entry-level wine from 890-920m, produced from old, organic, bush-trained garnacha vines. The slate and granite soils are blended in this bottling, lending depth and fruit character. The vineyards are as follows: El Robledillo, El Mojón, Presidente. The grapes are hand-picked and fermented in 500L French barrels of different origins and ages. The wine spends 9 months in foudre, steel tanks, and 500L barrels for blending and added élevage.

The Pizarra vineyards are found on metamorphic, brown slate soils, which are unique to the village of Cebreros, within the Sierra de Gredos. Pizarra soil is found at an altitude above 950 meters, up to 1,200 meters, mainly with an eastern orientation. The wines from here have a unique expression: they are always fresh, complex, direct, and profound. Pizarra vineyards include Arrebatacapas, La Redonda, and La Curva. Very old traditional garnacha bush vines are manually harvested and spontaneously fermented in foudre, followed by an extended élevage of 24 to 30 months in 400 and 500-liter French oak barrels. Barrancos de Pizarra is produced in small amounts and is released when deemed ready.

The Granito vineyards of El Robledillo and El Mojón are planted on shallow soils of volcanic origin at an altitude of 800 to 1000 meters. Very old traditional garnacha bush vines are manually harvested and spontaneously fermented in foudre, followed by an élevage of 18 to 24 months in 600-liter French oak barrels. Granito tends to be more accessible, fruitier, and silkier in texture, with delicate structure. Granito is produced in small amounts and is released when deemed ready.

Arrebatacapas is a 2ha site at the top of the mountain at 1120m where yields are a miniscule 15hl/ha, at the most extreme limit of viticulture. The soils here are pure red-brown slate, the color of dried rose petals. This was the first site for Pegaso and the reason Telmo and Pablo came to Cebreros originally. The best part of Arrebatacapas is now being separated and vinified separately, demonstrating that very old-vine garnacha from this vineyard can be one of the great wines of the world. The radiant wine is light in color, extremely aromatic and elegant. This is a special wine that announces it’s Grand Cru profile to the drinker. At this altitude and age of vines, savory notes of herbs, tar, wet soil, and dried roses lead the drinker to comparisons of nebbiolo from Piemonte. With the acidic structure of these wines, nebbiolo grown on Mars is the only way to describe what you are drinking.  750 bottles of Arrebatacapas are produced and are released when deemed ready. 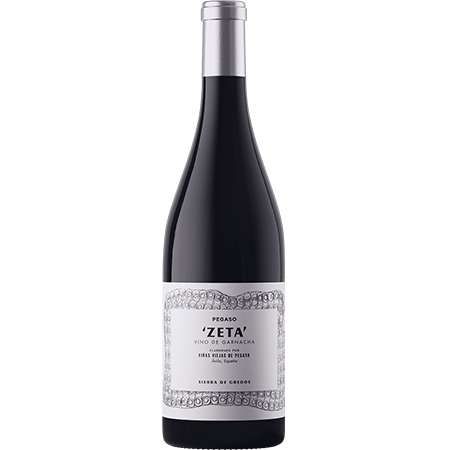 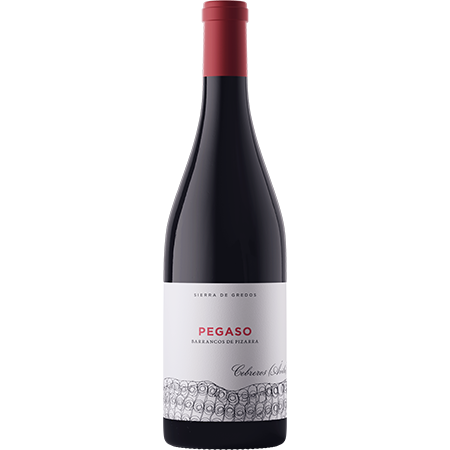 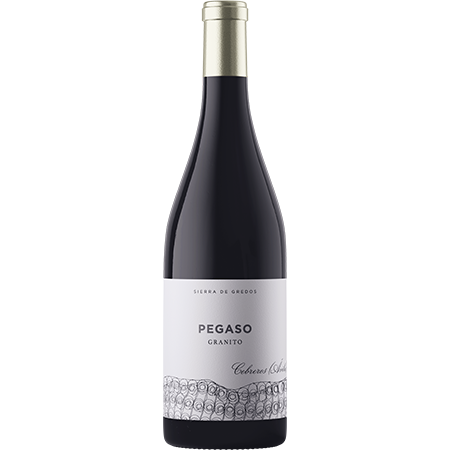 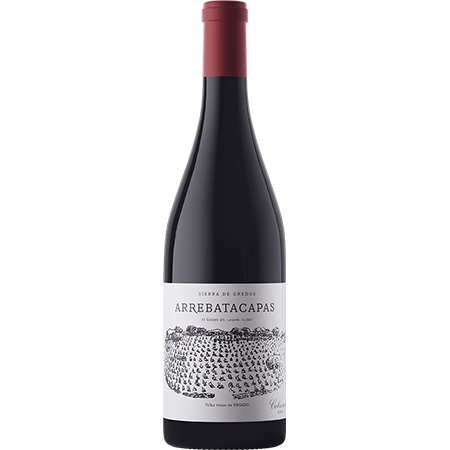