One of the most stunning landscapes in Spain is located in the heart of Galicia,

in an area known as the Ribeira Sacra, or Sacred Banks, as the region houses the largest concentration of Romanesque churches and monasteries in Europe due to the expansion by religious orders in the Middle Ages. Access to the region is through driving on the N-120, which snakes between Villafranca del Bierzo and Ourense, following the river Sil as it cuts through gorgeous canyons terraced with unforgettable, steeply-terraced vineyards.

Ventura is from the soft-spoken Ramón Losada and his family, who farm 6ha of old vines to make small amounts of single-vineyard wines in one of the most remote wine regions in the world, Ribeira Sacra. Ramón is the picture of a humble farmer, with his full-time job as the village veterinarian consuming whatever time is left after tending to his vines. He even finds a little time to raise a rare heritage breed of Galician pig, from which he makes incredible sausages to keep the breed going. In 1999, he and his sister Belen refurbished the cellar in the ancient family farmhouse in Pantón and began bottling and selling their wines, which until then were for self-consumption. Since then, they have made many fans of their honest, soulful red wines from Galicia’s rugged interior mountains.

Ever since the Romans inhabited the area, people have been growing grapes on the steep terraces lining the two rivers, the Sil and the Miño, which form the heart of the denomination. Working these vineyards is extremely difficult labor, as the terraces in some areas are so steep that the grapes have to be brought up to the top of the road on a motorized lift. All farming is done by hand in a very ancestral manner. Ramon does not use any chemicals in the vineyard nor corrections in his winery and makes the wines simply, without intervention or fancy winemaking. D. Ventura is transparent viticultor wine from Ribeira Sacra.

The epic, back-breaking harvest is performed completely by hand, as it has been done for millennia.

Whole bunches of grapes are hand-harvested, and the selection is done in the vineyard. From there, the grapes go directly into a de-stemmer, where they are crushed and go straight into the fermentation vat, undergoing a spontaneous, wild-yeast fermentation in stainless steel. Most of the wines are fermented and aged in stainless steel from six to nine months before being bottled to make way for the new harvest. Part of the Caneiro vineyard is now aged in used, large French foudre for oxygenation. This is uncomplicated winemaking with absolutely no makeup and a focus on capturing the purity of each vineyard and vintage.

There are currently two vineyard sites that are bottled separately – Caneiro on the Sil river and Burato on the Miño. Viña Caneiro is made from a single vineyard planted to the indigenous red mencía grape, located in the Amandi subzone, which has been famous throughout time as one of the best sites in Ribeira Sacra. Viña Caneiro is a steep, 90-year-old, 1ha vineyard planted on schist soils known locally as losa. The vineyard is terraced with traditional Galician stone walls and vines that plunge towards the Sil river, in one of the most picturesque and famous parts of Ribeira Sacra. The river adds a sweet freshness to this plot, cooling it during the heat of the day and producing opulent Grand Cru-level wines with dark fruit, exotic spices, and impressive structure. Cainero is made in very small quantities in the best vintages. 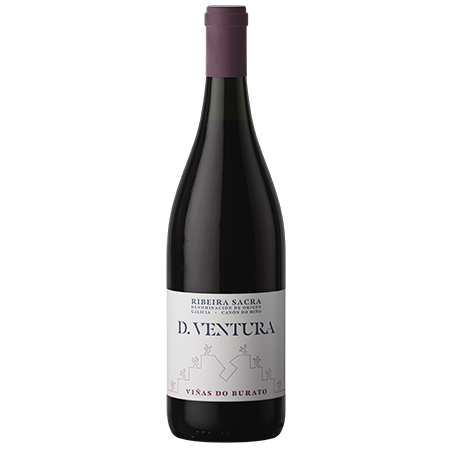 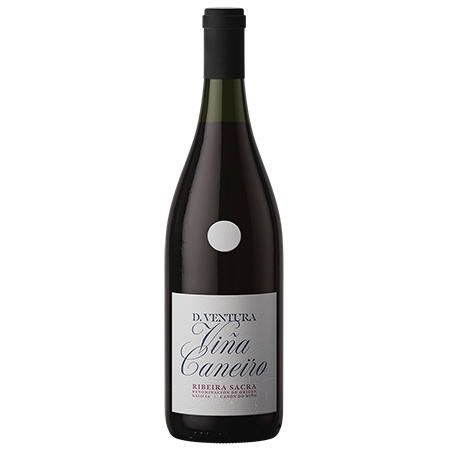