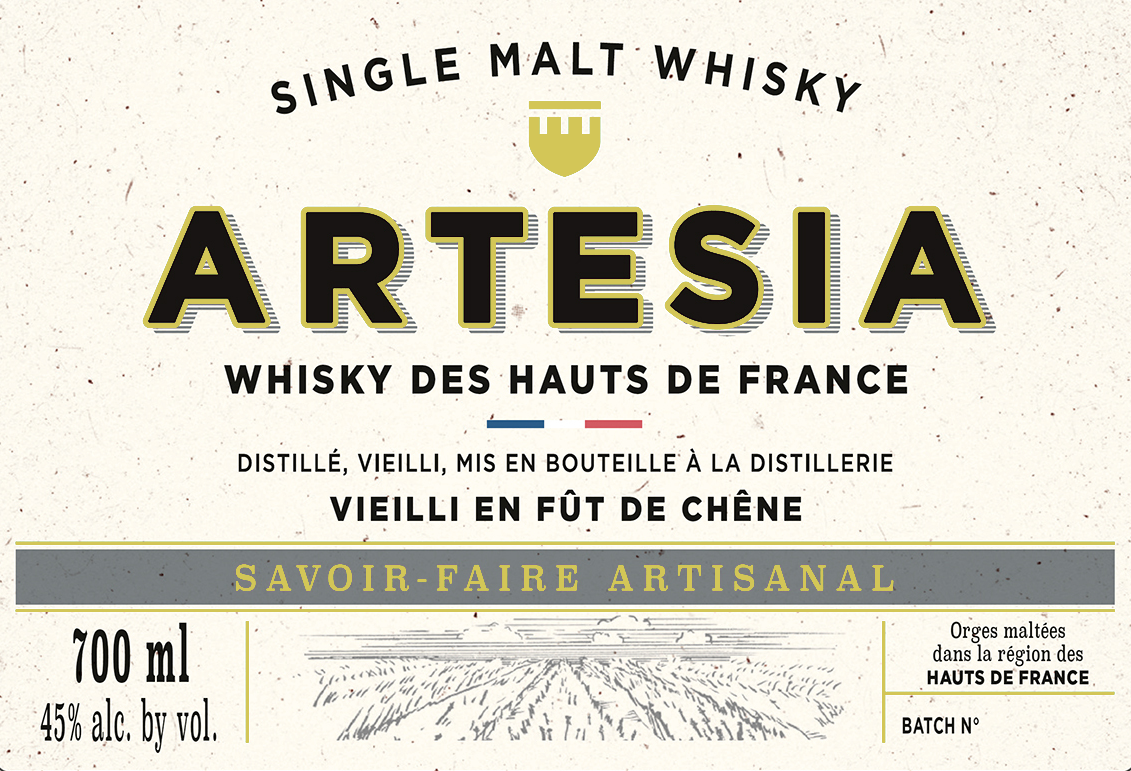 T.O.S. first began by producing single malt whisky. Their approach is both place-based and quality-focused. Rather than creating whisky in France’s traditional distilling regions, they started with their local region’s terroir (grains, water, climate), bringing their fermentation and distillation techniques to the land. Being thoughtful in every aspect of the production, they prioritize local and sustainable ingredients over imported ingredients with an organic label.

They work with two nearby malters to source the barley for their flagship single malt whisky, Artesia. After a natural, slow eight-day fermentation, the whisky is single-distilled in a Holstein copper alembic still, seeing both pot and column distillation. Artesia is aged in both ex-Bourbon casks and new French oak barrels to create an elegant, lithe whisky that expresses French terroir through a classic whisky lens.

Usage Notes: Drink neat or with a small amount of filtered water.