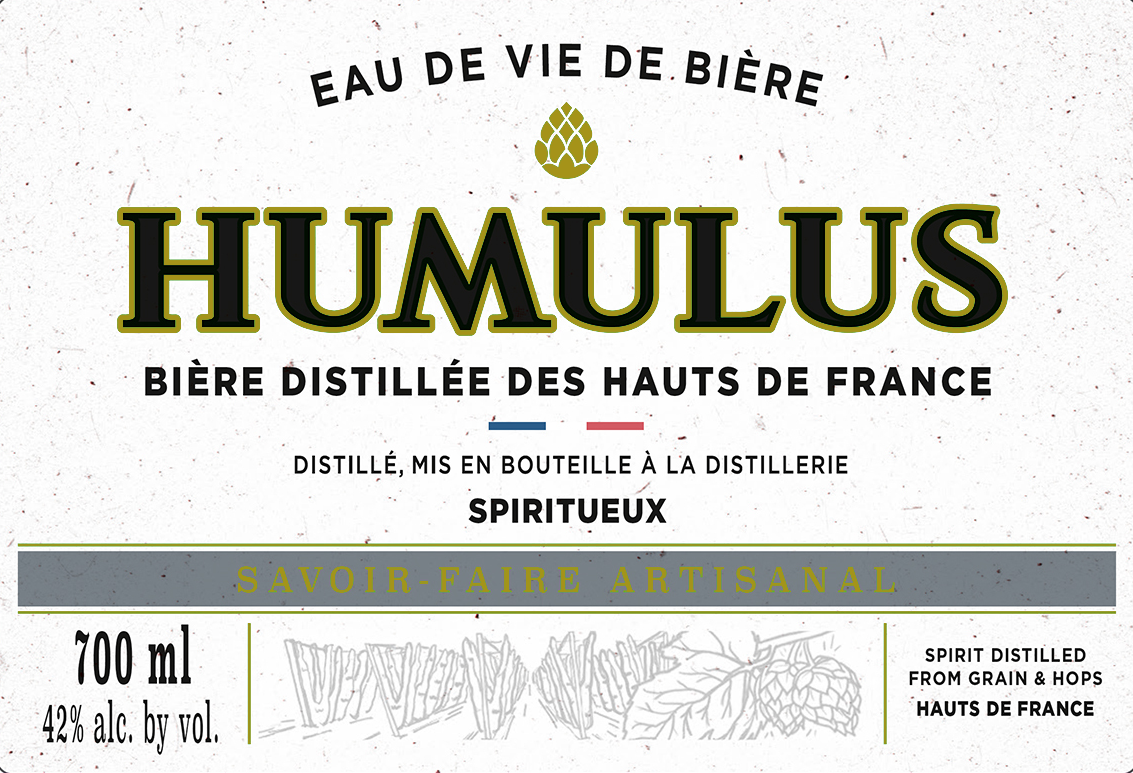 Their brewery has become much-beloved in the region for its classic, Flemish-style beers. Their focus is on brewing classic styles in large formats, serving the dual purpose both as the ideal vessel for bottle conditioning their brews and because “their beers are meant to be shared.”

To honor these beloved Flemish-style beers, they distill their signature bière de garde to make Humulus (hops in Latin). Humulus is their meticulously-crafted beer distillate, showcasing the barley terroir of the region in yet another expression. Distilled from their flagship Réserve Hildegarde Blonde (which is lagered for 30 days), Humulus combines local barley with Strisselspalt and Brewer’s Gold hops; both are noble hops used in traditional Flemish beers.

After the traditional lagering period, the beer that will become Humulus is distilled through both the pot and column still on their Holstein alembic, then proofed down with local water to 42% abv. Although the region is famous for its brewing tradition, beer distillates are almost unheard of in the area. In this regard, T.O.S. is creating something completely new and surprising — a vehicle to experience their classical beer transformed into an expressive, elegant eau de vie de bière. T.O.S.’s brewing and distilling expertise inform one another, merging two separate sides of the region’s drinking tradition (as well as the two sides of their business) into a new world of local terroir exploration.

Flavor Profile: Cut grass, overripe mango, and grilled pineapple leap out of the glass. The palate is surprisingly sweet, showing the hopped ale base without the expected bitterness, with a long, elegant late palate. The very best kind of dank.

Usage Notes: An incredible modifier to give bright hoppy and tropical fruit notes to any cocktail but without the typically accompanying bitterness. Use liberally.