Domaine Couturier is led by the legendary Marcel Couturier, who comes from a long line of vignerons in the southern Mâconnais, in conjunction with the next generation of the domaine: his daughter Cladie and son Auxence.

The domaine is just one of four producers who are estate bottling in Mâcon-Loché. Working with old chardonnay vines that have been passed down through generations of the Couturier family, Marcel began estate-bottling in 2005. The family has made a name for themselves throughout France and export markets for punching well above what the “Burgundy cognoscenti” consider the Mâconnais is capable of. The truth of the matter is that Domaine Couturier consistently produces soulful white Burgundies with exceptional transparency, complexity, and depth that often best wines from much more famous chardonnay addresses further north, all while offering consistently exceptional value.

The Couturier family likes to take their time, working intuitively, respecting each terroir and resulting wine. Descending from many generations of farmers in the Mâconnais, Marcel Couturier is very patient and pragmatic in the vineyard and the cellar, allowing time for each wine to reveal itself. Marcel has stood out as a traditionalist with old vines and high standards in an area quickly defining itself as a source of top-notch white Burgundy. He has passed these traits onto his daughter Cladie, who runs the winery operations, and his son Auxence, who is now following in Marcel’s footsteps in the vineyard. Until Auxence joined his father in the vineyards, all of the work in the vineyards and cellar were performed solo by the hard-working Marcel. The talents of the three family members are complementary, resulting in the incredible advances the domaine has made since 2017.

The winery is located in the commune of Fuissé, overlooking the village of Loché, Mâcon, and the great plain of Bresse. Their vineyards are located within a fault zone, meaning several different soil types exist close to one another within a small area. Some vineyards are grown on sandstone and schist soils, which produce wines with floral aromatics and forward fruit: fresh, fun wines for early drinking. They also have old vineyards planted on limestone and clay soils, which produce structured wines suitable for aging.

In total, Domaine Couturier farms 11 hectares of chardonnay vineyards in multiple appellations: Pouilly-Fuissé, Pouilly-Loché, Saint-Véran, Mâcon-Loché, Mâcon-Vinzelles, and Mâcon Blanc. Most of their vines are quite old, with many parcels exceeding 70 years of age and their “young” vines averaging 30 to 40 years old. They are one of a handful of growers working in Pouilly-Loché, the smallest communal appellation in southern Burgundy, with a planted area of 32 hectares.

Farming is meticulous at Domaine Couturier, employing only certified organic (Ecocert 2021) and certified biodynamic (Demeter 2022) methods. They work soils with ground cover between rows to regenerate the hard, poor clay soils, which greatly benefit from the aeration and the introduction of native organic materials. Auxence has brought his passion for regenerative farming and natural wines to the winery, which has only resulted in greater transparency in the wines. Their farming style could be described as regenerative in that they take great care to improve the soil in each vineyard, paying close attention to what each vineyard needs based on its individual soil type. They let their chickens, geese, and guinea fowl roam the vineyards for natural pest control and to add valuable nitrogen to the poor Burgundian soils. As the summers get warmer in Burgundy, they keep a keen eye to pick each vineyard at exactly the right moment to maintain the crucial element of acidity, providing freshness and liveliness in their wines.

In the cellar, the approach is equally hands-off. Traditionally, Marcel is known for being a non-interventionist, utilizing spontaneous, native yeast fermentation, which takes place deep in their cold cellar in Loché. At harvest, whole bunches are hand-picked, and once the bunches are pressed, they allow the must to settle for up to two days (static settling). Sulfur is not added to the bunches when they arrive in the winery, and the resulting wild-yeast fermentations are long and cool, as they never rush the fermentation by warming the cellar. Both alcoholic and malolactic fermentations occur naturally in traditional French Burgundy barrels. Some of the gross lees are retained during fermentation, resulting in a small amount of skin contact during both fermentation and élevage. Once the must is in the barrel, it is basically left alone from that point until they are bottled. The wines ferment and age in the same barrels without racking or bâtonnage, as they are wary of making them too fat and leesy. The wine is racked only once prior to bottling. The Couturier approach follows the natural rhythms of the seasons and employs the lowest intervention winemaking possible: the wine is put into barrel and left there until right before the following harvest. Depending on the vintage, only the necessary amount of sulfur dioxide is added before bottling. Couturier wines offer incredible delicacy with aromatic purity and complexity as a result.

The village wine and entry into their range is Mâcon-Loché Les Longues Terres, which is a pure expression of chardonnay from the southern Mâconnais, made with fruit from over 35-year-old vines planted in vineyards around the Loché village. The soils here consist of a clay-calcareous layer on top of impenetrable calcareous rock. The layer of workable soil is quite thin in some areas, and through plowing the soils, they are able to increase the calcareous content and health of the topsoil, resulting in an elegant, vivacious wine.

The Couturier family demonstrated this wine’s ability to age gracefully during our visit in 2021, where they opened a vertical of Macon-Loché Longues Terres, beginning with the 2006 vintage on to the 2017 vintage. In the demonstration, they chose their village wine because it is typically known for producing wines for early drinking. In the best vintages, the wines displayed an incredible ability to survive and evolve in complexity during their journey in bottle, demonstrating not only the incredible raw material in their old chardonnay vineyards but also the steady, methodical progression of their meticulous farming. This high level of care and quality across the board, from their entry-level to their top wines, paired with their ability to make consistently exceptional wines, even in very difficult vintages (check out their 2021s for reference), is why Domaine Couturier has risen to be a reference in the Mâconnais.

Couturier’s Saint-Véran La Cour des Bois is an electric, stunning wine made with fruit from 70 to 80-year-old vines at the very southern end of the appellation near the village of Chânes in Saint-Véran. This is an unusual site for the southern Mâconnais, being the remnants of a ridge of an ancient riverbed. La Cour des Bois is a small plateau with ancient alluvial soil and rolled galets. These soils are acidic sandy loam with a very acidic clay base. This particular terroir gives the wine an open, airy, and fresh character reminiscent of great Chablis.

The Pouilly-Loché comes from east-facing parcels with over 35-year-old chardonnay vines near the village of Loché. The vineyards are known for heavy clay calcareous soils with schist, which give wines of substance, grip, and longevity. Couturier wines from Pouilly-Loché are structured and serious, architectural and firm.

Pouilly-Loché Le Bourg comes from a tiny enclosed parcel of 80-year-old vines from a site in the village of Loché. Over time, soils tend to lose their calcareous elements as they dissolve. In some extreme cases, the soils become nearly pure, insoluble clay. This is the case in Le Bourg, a vineyard site that Couturier owns as a monopole. The 80-year-old vines here are afflicted with court-noué, a degenerative disease that doesn’t kill the vines but does weaken them, resulting in very low yields (45-50 hl/ha) and smaller grapes. This vineyard gives structured, concentrated wines with an outsized flavor impact and ability to age in bottle.

Pouilly-Loché Vieilles Vignes is a unique, limited cuvée from Couturier’s oldest chardonnay vines averaging 90 years old, from around the village of Loché. This is a complex, concentrated cuvée, only made in exceptional vintages with exceptional ageability; otherwise, it is blended into the village Pouilly-Loché.

Domaine Couturier also owns 0.5ha in the Premier Cru Clos Reyssié vineyard in the village of Chaintré, one of four villages that comprise Pouilly-Fuissé. The Couturier family has an intimate relationship with this vineyard, beginning with Marcel’s great-grandfather drawing the map for the original boundaries before they were revised in 2020. Clos Reyssié is a large lieu-dit of about eight hectares within Pouilly-Fuissé. East-facing, on a gently sloping hillside that is exposed to the rising sun, Clos Reyssié has deep, clay-rich soil with more rocks at the top of the slope. Domaine Couturier is one of just 12 producers who work parcels in the vineyard; their parcel lies towards the lower part of the slope, which is beneficial as many of the heavier clay elements get washed down from the top due to erosion. The eastern-facing aspect of the slope, along with the cooling influence of the clay, combine to allow the wine to keep a certain freshness, yielding wines that are rich and structured without being heavy or aromatically blowsy.

Their Clos Reyssié parcel in Chaintré is now combined with the lieu-dit Les Scellés in Fuissé, to produce their cuvée Pouilly-Fuissé Clos Scellés bottling. Despite the history of the Couturier family roots in Clos Reyssié, they lost the right to label their bottles as such when the boundaries for Clos Reyssié were redrawn in 2020 during Pouilly-Fuissé’s bid for Premier Cru status (which it received). Nevertheless, Clos Scellés is an even greater wine from blending the two complementary lieux-dits, which contain vines between 50 and 90 years old. Couturier’s grand, elegant Pouilly-Fuissé Clos Scellés is a direct reflection of the combination of fruit from the deep, clay-rich soil of Clos Reyssié and the shales of Les Scellés.

Domaine Couturier is now entering their prime with the family working in concert with the considerable experience of Marcel Couturier guiding them into the future. Many wineries rest on their laurels at this point in their journey, but not the Couturier family, where hard work and excellence are written into their DNA. Each year brings a new discovery, building on lessons learned, bringing them closer to their vision of excellence in southern Burgundy, all while never taking themselves too seriously, as the family remains incredibly humble and determined. Domaine Couturier is one of our founding partners from France, and in many ways, they provide the blueprint and inspire our continued work in the vineyards of their country. 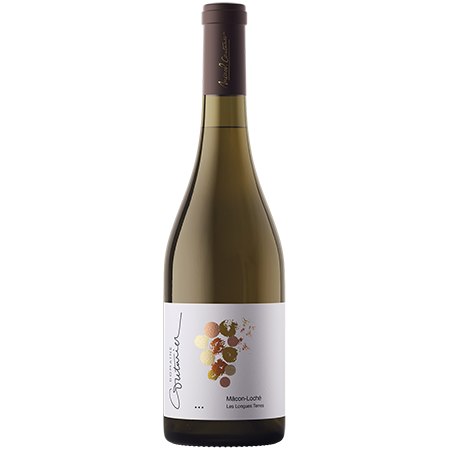 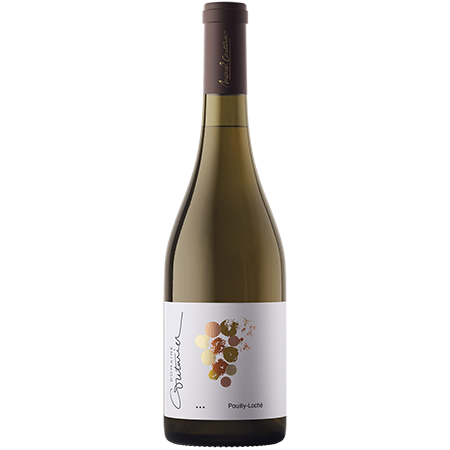 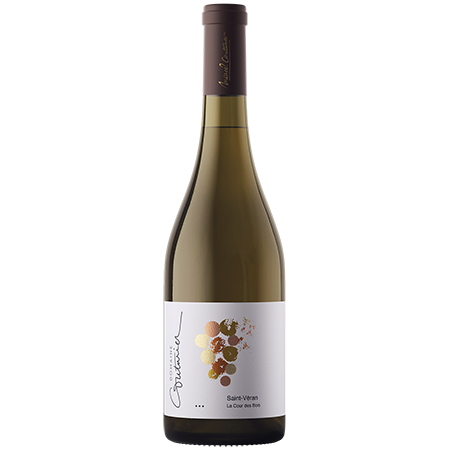 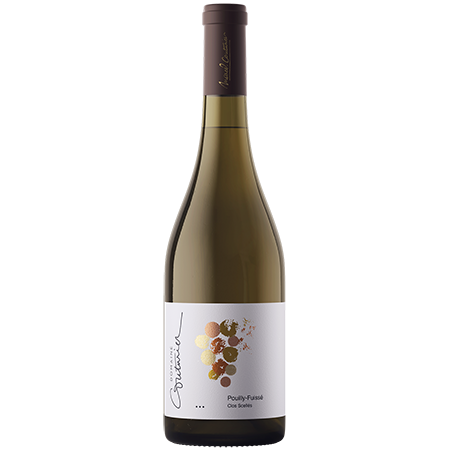