with vineyards planted on the hills above the winery at an altitude reaching 450m within the appellation of Vinsobres.

High altitude vineyards surround Vinsobres, running for 10km on the south-east facing limestone slopes which mark the beginning of the Alpine foothills. This privileged position at higher altitudes affords a mild microclimate throughout the year with the Dentelles de Montmirail and Mont Ventoux as a backdrop, which lends wines from the region great freshness and complexity from a longer vegetative maturation cycle. The soils here are rocky and rich in limestone, but there are also patches of sandy soil. Vinsobres sits at a higher elevation than neighboring Gigondas or Vacqueyras, which is a key concept for the definition of the appellation and what sets them apart: freshness and finesse.

With their founding five generations ago, Domaine Vallot is one of the oldest domaines in the Côtes du Rhône. Their modern business was created by François Vallot, who is a fourth-generation vigneron. With an exceptional natural climate and a strong passion for quality, François Vallot was an early adopter of the organic and biodynamic movements in the southern Rhône. He began working in organics in the early 1990s and his vineyards gained official certification from Ecocert in the difficult 2003 vintage, which he credits as one of the reasons his wines were so fresh in a historically hot year. With many years of biodynamic farming under his belt, Domaine Vallot attained their Demeter biodynamic certification in 2007.

They have always utilized the natural yeasts present in the vineyard…

and spontaneous fermentation in traditional cement vats at Domaine Vallot. Their philosophy is that biodynamic grapes ensure healthy yeasts, which in turn yield nuanced, aromatic wine. Their work in traditional cement vessels allows for very slow heating and cooling, providing more control of fermentation and naturally even temperatures, without using excessive amounts of energy that refrigeration requires. They credit the cement vessels as being best suited to permitting their terroir to clearly transmit an inherent elegance, freshness, and approachability.

Now, as the fifth generation at the helm of the property, François’s daughter, Anaïs Vallot, brings a fresh, global vision to her work at Domaine Vallot.

Anaïs obtained her degree in International Conciergerie in Paris, continuing her studies with a Masters in International in Hotel Management in Sydney, Australia. Her career in high-end hotel management took her to the Four Seasons Group for three years in several different countries. Finally, she managed a 5-star hotel in Geneva, Switzerland before feeling the familiar call of her family’s vineyards back in the southern Rhône.

At the age of 28, and with her father’s retirement drawing closer, Anaïs decided to return to the family domaine in 2013. Utilizing François’s strong relationships in Bordeaux, Anaïs took up an internship at Château d’Yquem to perfect her winemaking technique before returning to Domaine Vallot.

The vineyards at Domaine Vallot are planted with grenache, mourvèdre, syrah, cinsault, clairette, bourboulenc, and viognier, all utilizing the traditional bush vine (goblet) method. No sulfur is added at bottling, rather small amounts are used during vinification, however, in very low amounts, only as needed. There is no formula; the objective is to add only what the wine demands, adapting to the conditions of each vintage.

Anaïs leads off her production with an incredibly fresh, friendly (and downright gulp-able!) Côtes-du-Rhône red, which is a field blend of six grapes all picked and vinified together from the plots surrounding the winery. The vines are an average age of 40 years old, planted in activated calcareous limestone soil. The field blend consists of grenache, syrah, mourvèdre, cinsault, clairette, and bourboulenc, with fermentation and aging in traditional cement vats.

Her flagship Cru Vinsobres is made from grenache, syrah, and mourvèdre from hillside plots at 200-450m of altitude. Anaïs harvests each plot separately and the grapes are de-stemmed. Her 65-year-old mourvèdre and grenache plots are vinified together, with syrah being vinified separately. Aging takes place in concrete vats for over one year.

The resulting wines of Domaine Vallot are a refreshing example of what can be done with exceptional southern Rhône terroir with the thoughtful intention and approach. We are thrilled to offer a platform in the US as Anaïs leads us into the future of the Vinsobres region. 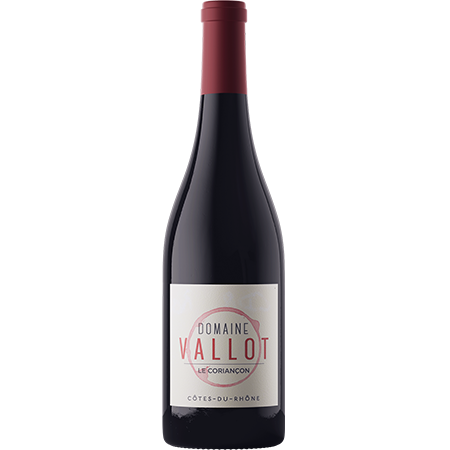 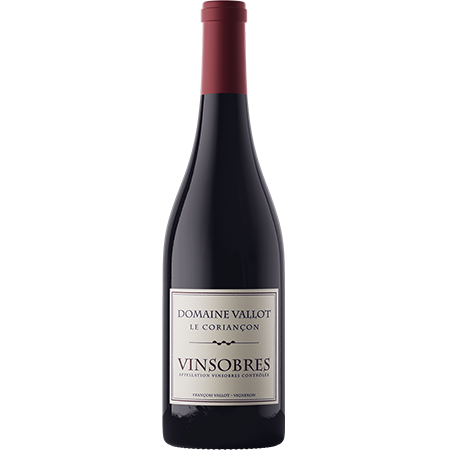