Prunelle de Navacelle is a trailblazing vigneronne in the emerging Beaujolais-Lantignié region.

She produces small lots of her personal project at her family’s Château du Basty, home of the Perroud family since 1482. Prunelle farms old vines with regenerative agroecology methods to encourage biodiversity while fighting climate change.

Located just north of Brouilly, west of Régnié, and less than one kilometer from the border of Morgon, Lantignié is a gem of a village that reminds us in some ways of what the Côte des Bar is to Champagne: an underdog that’s a hot spot of untapped potential. Lantignié has great geological complexity in the subsoils, with vineyards consisting of pink granite and volcanic blueschist (pierres bleues). It also has a diverse landscape with vines planted on rolling hills, bisected by streams, and bordered by woodland. It is an ideal place to make the elegant, transparent, natural wines that define Prunelle’s style.

Her familial home is Château du Basty, where her wines are vinified,

in a cellar separate from her brother Quentin, who makes his wines under the Château’s name. While the wines are different, the Perroud family has an incredible history and legacy at the property, one that is intrinsically linked to not only the history of Lantignié, but to the origin of Beaujolais as a whole.

The first written record attesting to the presence of grape vines in the Lantignié village was written in December 994, in the form of a deed recording the donation of a vineyard belonging to the brother of Imbert I (949-1015), Lord of Beaujeu, to the abbey of Cluny. This plot was located in “Bilacensi”, the root of the place name “Billy” which is in turn the prior name of Les Basty.

The family archives show the Château was established on November 24, 1482, when a wealthy commoner named Barthélemy Varenard bought “a plot planted with grape vines in the parish of Lantignié, at a place called Le Billy”. A century later the estate had been consolidated and was prospering, as witnessed by the fact that in 1661 it set up a sales booth on the outskirts of Lyon that continued to do business until the French Revolution of 1789.

Prunelle is one of six children, and currently four generations of the Perroud family that live together at Château du Basty, including Prunelle’s 104 year-old grandmother, who began the modern wine estate along with her husband. The estate has always been in polyculture, with wine making up part of the produce. Prunelle is the latest generation to put her personal stamp on the terroir, making her one of the most exciting, young vigneronnes in the region.

“I have always been surrounded by wine, however, my story is similar to that of many young people from our region in the 2000s. Times were hard for winegrowers and our parents did not encourage us to pursue traditional work in the vineyard. After graduating college in 2004 I lived ten lives in ten years, working in the hotel and catering industry in Berlin and London. It was around 27-28 years old that a desire to go back to basics took hold and I realized that my interest in agriculture was stronger than anything. Behind all of this, I have a deep desire to be in harmony with all that surrounds us: the vines, our ecosystems, and society”.

In 2014 she studied viticulture in the Mâconnais before beginning her project in 2017. Her first 1.3ha parcel of gamay in Régnié is farmed with the help of her husband Come de Navacelle, an agroecology specialist from Normandy, where his family are cereal farmers. He lends his expertise in cover crops to the project, which utilizes the complementary concepts of biodynamic, regenerative agriculture and agroecology to promote biodiversity in her vineyards with healthy, living soil.

Currently, Prunelle has four hectares of vines, with three currently in production.

Her Régnié is made from a single .64ha, 80-year-old, certified organic gamay parcel that she received in a trade from her friend Julien Sunier, who had previously converted the parcel to organic farming. The vineyard is planted in pink granite at 390m, produced with respect to her natural principles with biodynamic farming methods and cover crops.  She also has three parcels in Lantignié that range from 30 to 90 years old, all planted in pink granite with 35% clay content at 400m-450m elevation.

Vines are trained in the traditional gobelet method, but for her new vines she prefers cordon training, which is better for biodynamic farming, without chemicals, which allows for more aeration and does not trap humidity close to the ground.

The ancient cellars at Château du Basty provide ample space and timeless tools for making Beaujolais in a natural, traditional method. Harvest is done by hand in small buckets, with gentle handling of the whole bunches. The bunches undergo a semi-carbonic maceration of 12 to18 days before a very slow pressing using the château’s old, wooden vertical press. The must is racked into traditional concrete vats, where native yeasts carry out alcoholic fermentation. Malolactic fermentation occurs spontaneously in 60 year old 2500L foudres before being bottled unfined and unfiltered. Sulfur is not used in the winemaking process, and she adds only a small amount at bottling if needed.

Prunelle is part of a Lantignié bid for Cru status based around the principles of organic farming as a minimum entry requirement for the Lantignié designated origin, with the ultimate goal of adhering to the highest ecological standards in Beaujolais. A group of 18 like-minded friends, all young vignerons, are the next generation in Beaujolais, and in Lantignié. They are working together, pooling resources, trading expertise, equipment, and vineyards. This communal atmosphere and openness to change and progressive ideals has created an electric feeling in the up-and-coming Lantignié region, which makes it the most exciting Beaujolais village to watch. 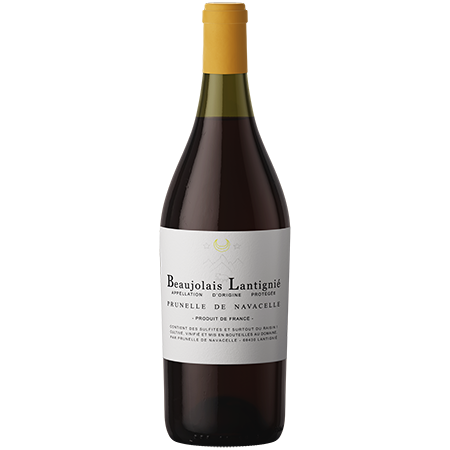 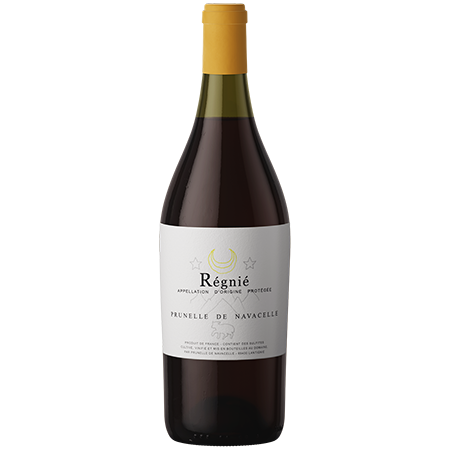