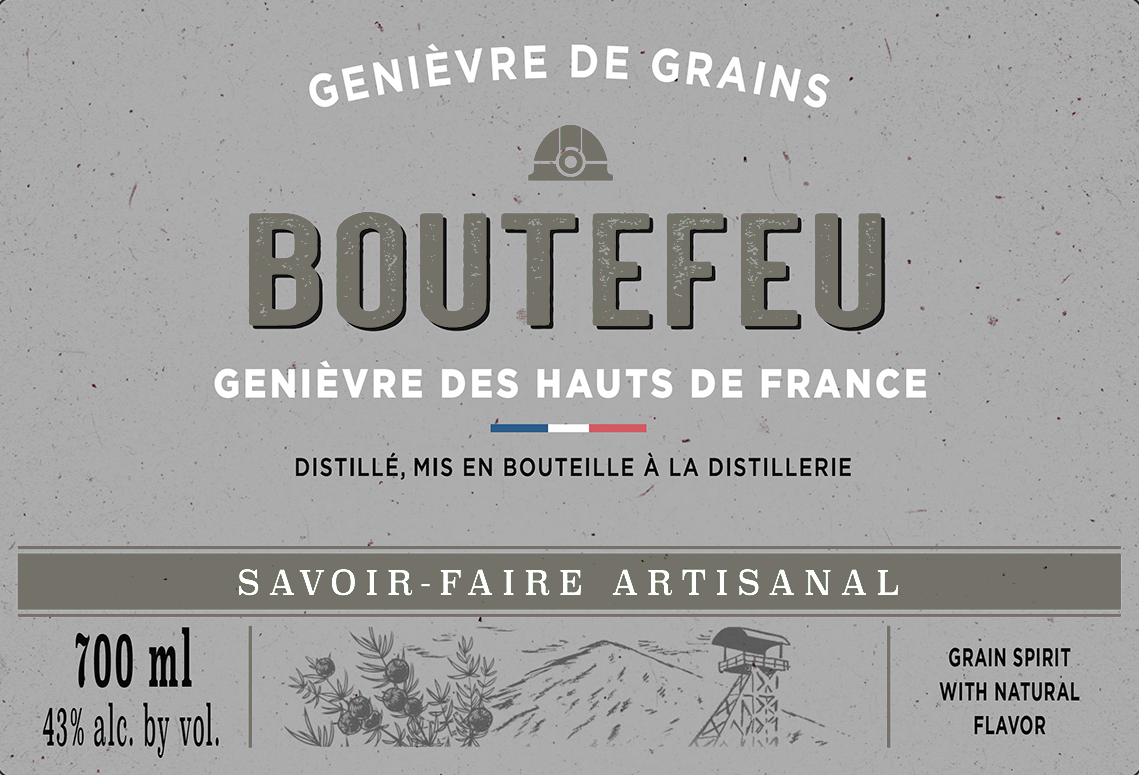 Boutefeu genièvre from T.O.S. is a historic spirit from the Hauts-de-France region. A cousin to Dutch genever, French genièvre was the everyday spirit for local mining and textile workers. A natural product of the area’s historic barley and juniper crops, genièvre was a way to fortify against the tiring work and cool Northern climate. Though it was once produced in enormous quantities in the region, it has now become almost extinct.⁠

⁠T.O.S. is looking to change that. As one of the only remaining genièvres being produced in France and the only one in the US market, T.O.S. Boutefeu is a piece of history produced by a modern young team, helmed by Master Distiller Katy Gravina, a former perfumer. Katy applies contemporary artisan distilling techniques to this traditional spirit, making it an essential part of the conversation around unaged barley distillates.

Their Boutefeu genièvre focuses on the grains first by co-fermenting 80% local barley and 20% rye prior to the first distillation. The spirit is then aromatized with juniper berries (though far less than your typical London dry gin) before the second distillation. Both distillations are made with their copper pot still. Boutefeu is then diluted with local reverse-osmosis filtered water and bottled at 43% ABV.

Flavor Profile: Explosive nose of stewed pears, red apple peel, hints of lemon peel and malted milk. The spice kicks in on the palate, with the peppery rye and juniper sticking to the tongue. Finishes sweet and full, returning to mashed barley and apple.