on the Balearic’s largest island, Mallorca, is making an impact, much like the name of Ca’n Verdura’s flagship cuvée Supernova implies.

With over fourteen million tourists visiting Mallorca each year, in recent times, the island was indeed in danger of losing its unique cultural heritage and a rich trove of indigenous grape varieties to international grapes planted in neat rows at wineries designed as vanity projects. The cost of vineyard land has soared, with luxury vacation homes replacing old vineyards without regard for the region’s unique cultural tradition of planting vines in polyculture. Such is the price of living in paradise where the story is similar to other islands across the Mediterranean, which struggle with the mixed-blessings of balancing the success of international tourism with the retention of the cultural traditions that created the demand in the first place.

However, all is not lost. The seeds of Mallorca’s rebirth lie within the new generation of winemakers, farmers, and chefs who are diligently cataloging, recuperating, replanting, and exalting the thousands of years of history pre-dating the boon of modern tourism. Like a Supernova, the modern wine and culinary scene of Mallorca are rapidly reviving and celebrating local, ecologically-sustainable food and wine production, which is both culturally relevant and gastronomically compelling. Starting with modest budgets and against the odds, our protagonists are now leading the conversation about the future of conservation and agriculture on the island.

Enter Tomeu Llabrés, working in self-described viticultura en miniatura, and his visionary work with the indigenous mantonegro grape at Ca’n Verdura Viticultores. In 2012 he founded his micro-winery in a former auto garage at the center of the ancient village of Binissalem, located in the north-central portion of Mallorca. Through a steadfast focus on the mantonegro grape, Tomeu has demonstrated that this ancient variety has incredible potential, creating some of the Balearic region’s most ground-breaking wines. In recent tastings, mantonegro has drawn flavor comparisons to another island grape native to Italy, nerello mascalese. Placing indigenous grapes in context can be tricky. Still, there certainly seems to be a similar renaissance of native varieties in Mallorca, and one can draw comparisons to what’s occurring in Sicily.

practicing minimal intervention winemaking and low impact viticulture by leaving the cover crop during the cold season and encouraging biodiversity within his parcels and environment through polyculture. His wines are handmade, without additions, subtractions, or corrections. His primary objective with each cuvée is maximum respect and transparency for his terroir and culture, as well as for the customers who enjoy his wine.

Tomeu and Ca’n Verdura’s ancestral origins can be traced back at least six generations. His family cultivated Binissalem vineyards between “possessions” (large agricultural farms) in mixed-agriculture vineyards where grapes share space with other local crops such as apricot, almond, and olive trees. This type of polyculture is traditional to Mallorca and favored by Tomeu.

Following this tradition, Ca’n Verdura focuses on old-vine vineyards planted in the traditional en vaso (or goblet) vine training system, with reliance on the indigenous mantonegro and callet for red wines, as well as moll (a.k.a. prensal blanc), mantonegro cabellis, and giró ros for the white wines of Binissalem. Like other small projects on the island, international varieties are relied upon in small quantities for practical reasons in entry-level blends. Still, the future of plantings is clearly indigenous varieties. The soil of Binissalem is the excellent call vermell: a red, iron-rich clay, limestone soil with small to medium-sized galets. He works solely with old vineyards centered around the five historic villages of Binissalem.

Tomeu obtained his oenology degree in Tarragona and later gained valuable practical experience under Álvaro Palacios in Priorat and when he returned to the island, working with bigger house names like 4 Kilos, Anima Negra, and Son Campaner. At the same time, he explored his ideas at night which would someday become Ca’n Verdura.

The namesake Ca’n Verdura red is a vibrant entry into the range and a love letter to the Mallorcan landscape.

A blend of around 70% of mantonegro with callet, monastrell, and filled out by whatever is best each year, which in the current vintage is old vine cabernet. The impression is a Mediterranean thrill ride, crushable and food-friendly. Give it a slight chill, and it is perfect with grilled meats and vegetables.

Tomeu is known for his highly sought-after, flagship Supernova wines, including a red, white, and rosé version. Supernova white is made from the best vineyards of the native white grape locally called moll in Binissalem (a.k.a. prensal blanc). His Supernova Rosé and Supernova Negre are each selected from his best plots of indigenous mantonegro grapes. Production is necessarily very limited, as yields are extremely low, and every bottle in this garage winery is sold each vintage.

Produced in tiny quantities and highly allocated are his singular-expression wines, which he only produces when the conditions are right in each old vineyard. Each of these is an authentic unicorn for the lucky few: artistic expressions of the technicolor possibilities of the future Mallorca.

Ca’n Xicatlà is a wine which can lean towards white or orange in color, depending on the vintage, produced from 1ha of traditional en vaso (goblet) trained mantonegro cabellis vines planted in the 1950s near the village of Camí Vell de Muro.

Son Agulló is an ultra-elegant, limited red wine from a very old 0.7ha parcel of mantonegro called Plà de Buc, near the village of Santa Maria del Camí, in the Binissalem D.O. The parcel of 60-year-old indigenous mantonegro vines planted en vaso (goblet) are of high value due to their genetic diversity, resulting in complexity and site transparency.

Ca Ses Rosetes, which is the nickname of Tomeu’s mother’s side of the family, is a new white wine from a single 1.46ha vineyard of giró ros vines, located in the area of ​​Son Borràs de Passatemps, outside the village of Santa Maria del Camí, Mallorca. Giró ros is one of the indigenous white varieties of Mallorca recovered at the beginning of the 21st century, which shows great promise and ability to improve in bottle. When the grape has optimal phenolic maturity, the skin has a pinkish or grey coloration. According to the researcher Pedro Balda, the giró ros grape is an ancestor of many of the red autochthonous varieties of Mallorca, including mantonegro, fogoneu, and callet, which are all related.

Only native yeasts are utilized for fermentation, and his vineyards are worked without chemical treatments. A key to practicing this type of agriculture is the Levante winds, which blow across Mallorca from northeast to southwest off the island of Menorca, cooling and aerating the vineyards, which are almost always windy.

In an old auto-garage in the center of the ancient Binissalem village, Tomeu has created a very nuanced, playful, cutting-edge project which shows his roots. Quick to crack a joke in the English he learned from Tony Soprano and with a pop-culture sensibility that leans towards David Bowie, Tomeu is the rebel we needed from an island where it is easy just to fit in and tune out. 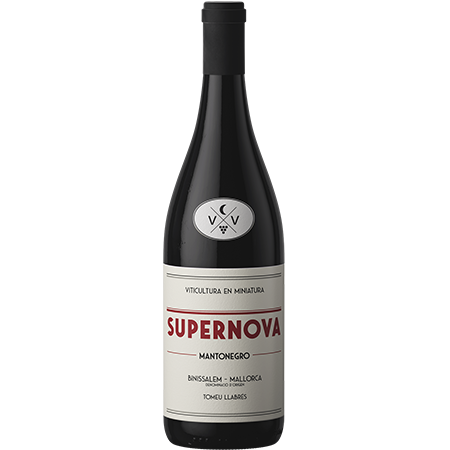 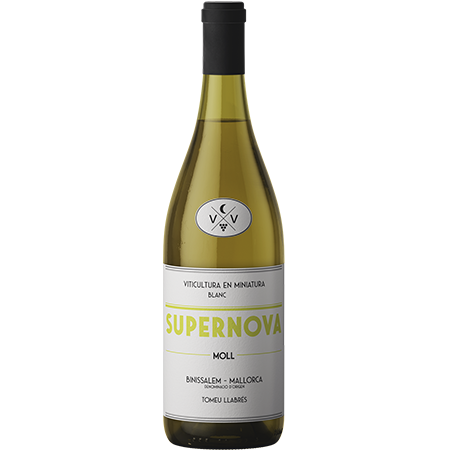 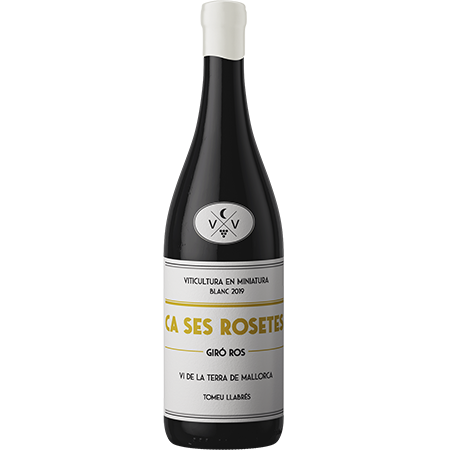 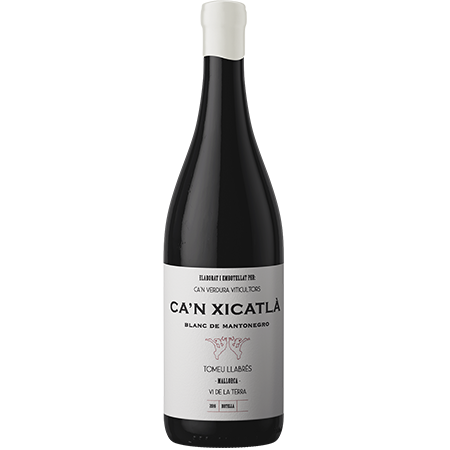 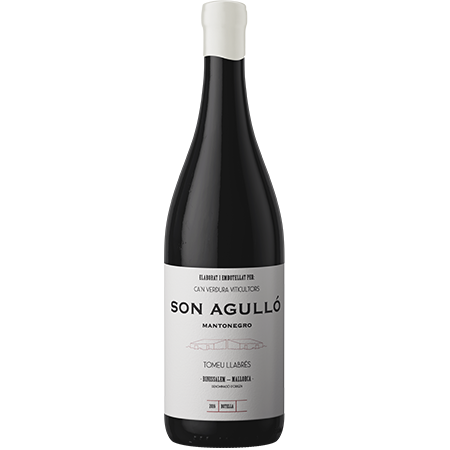