Chiclana is an ancient, whitewashed village located in the Bay of Cádiz, 12 miles southeast of the city of Cádiz. Chiclana’s vineyards are the southernmost in the Marco de Jerez. The region has been a longtime producer of grapes destined for Sherry production, with Palomino vines growing in the sandy, chalky plains. Much of the region belongs to Cádiz Bay Natural Park and Sancti Petri Marshes nature reserve. The region is an important migration route for birds, with pine, olive, oak, and chaparral trees playing a prominent role in the landscape.

The story of Manuel Aragón is that of a fierce defender of the historical culture of the region and its quality, handcrafted wines. As of the time of writing in 2022, winemaking in Chiclana has dwindled, dropping from a historic high of over 80 wineries in the 19th century, to just three wineries and 200ha of vineyards planted only in the best Pagos. The Manuel Aragón winery exemplifies and defends the region’s historical roots, fighting against the tide of condominiums, golf courses, and windmills that are changing the landscape of the Costa del Luz vineyards.

Chano Aragón, the current winery head and oenologist is a direct descendant of its founder Pedro Aragón Morales, who established the bodega in the Callejón de Jerez, the heart of Chiclana. As with most bodegas at the time, they sold locally to taverns, homes, and workers who passed through the town. Three generations later, in 1896, the family expanded, increasing their vineyard holdings while focusing on excellent work in the vineyards. But the true development of the business came with Manuel Aragón Baizán, who formally created the company in 1916, expanding its sales beyond just the local market.

The bodega lies just 800m from the ocean, separated only by pine trees, so while it certainly has oceanic influence, it also benefits from the Levante wind (a warmer current that flows west through the Strait of Gibraltar) and less from the Poniente wind, which is cool and humid. Chiclana is naturally blessed with more than 3,000 hours of sunshine per year, with naturally high humidity, which fosters the growth of flor for the production of biologically aged wines.

The secret to quality that sets Manuel Aragón apart from most of the wineries in the Sherry region begins with the unique fact that they own 9ha of their own vineyards, which viticulturist Juan Manuel Tocino farms organically. Utilizing a traditional method to fertilize their vineyards, they recycle the pomace produced from winemaking back into the soil after the grapes have been pressed. Manuel Aragón has vineyards located in the Pagos Campano, Cañadillas and Marquesado. In contrast to the prevailing system in Jerez, with intermediary winemakers farming grapes and fermenting base wines (called mosto) in processing bodegas and then selling their mosto to the more well-known aging bodegas for aging, labeling, and sales, Manuel Aragón controls the entire process by making their own base wine before aging in their solera. Owning vineyards and producing mosto is very rare in the region. Most bodegas who age and bottle Sherry for export do not farm their own vines nor make their own base wines, and for those that do, organic farming in the region is even rarer.

Vineyards are planted in chalky albariza barajuela soils in the same direction as the Levante wind, reaching up to 80 miles an hour. The most important characteristics of albariza barajuela soil are its high moisture retention capacity which stores the limited rain that falls in winter, nourishing the vines in the dry summer months. Due to the striking white color of the chalky soil, it reflects much of the solar radiation received. During rainy periods, the albariza opens like a sponge, absorbing large amounts of water. Later, during the hot season, the surface layers of the soil are compacted, discouraging evaporation and feeding the vines the vital water they need to produce fruit.

The village of Chiclana, including the Manuel Aragón winery, has always been located within the boundaries of the production zone for grapes destined to make the young base wines to be aged in Sherry bodegas. However, until the laws were finally changed in August of 2021, production of D.O. Jerez-Xérès-Sherry wine was restricted to bodegas that aged their wines within the limits of the so-called Sherry Triangle, i.e., the three cities of Jerez de la Frontera, Sanlúcar de Barrameda, and El Puerto de Santa María. In 2021, Manuel Aragón was at last permitted to label their exquisite, handcrafted wines with the D.O. Jerez-Xérès-Sherry label. In fact, the quality of the bodega has been so high that the Sherry negociant firm Equipo Navazos has routinely selected top barrels from Manuel Aragón to bottle under their label,including two of their most revered releases: La Bota de Palo Cortado 62 and Oloroso 98.

As much emphasis as they place on their work in the vineyards, they are equally vigilant in the cellar, utilizing only time-honored artisan methods in the production and aging of their Sherries. Chano Aragón and his small team of ten workers (four employees in the vineyards and six in the bodega) set out to make Sherry with “the same authenticity as their grandparents.” During harvest, grapes are hand-picked in small baskets with great care to avoid oxidation and then fermented with native yeasts in stainless steel at a low temperature.

They continue to run the scales in the traditional way, moving the wine through the solera manually, without mechanical pumps, utilizing gravity and the traditional tools of the canoa, jarra, sifón, and rocíador. This step helps aerate the wine as it ages, imbuing it with great complexity and depth. The soleras of Manuel Aragón, which have been protected and allowed to age gracefully, hold wines of incredible age and astonishing quality. Their Fino Granero solera has been in continuous operation for over a hundred years and is aged biologically with an average of six to seven years under flor, lending the show-stopping qualities of their fino. Due to the authenticity of their soleras, all of Manuel Aragón’s releases are of a higher than usual average age—with their Amontillado El Neto and Oloroso Tio Alejandro spending an average of 17-20 years in solera before bottling and Moscatel Los Cuatro aging for a minimum of eight years before release. Their Sherries are named for famous historic matadors who have called Chiclana home.

Tradition guides everything at the bodega, including the relationship with Chano’s cellarmaster and primary craftsman, Javi, who comes from a long line of almacenistas. The pair are the third generation in a row to work together, with their fathers and grandfathers having worked together to produce Manuel Aragón. Historically, since their wines could not properly carry the stamp of approval from the Consejo Regulador to be called Sherry, they regularly had to sell a portion of their wines for bottling elsewhere to keep the bodega alive. “Our whole lives, we’ve been making wine for the exporters of Jerez,” Chano explains. But with the historical decline of Sherry sales, the bodega learned how to work independently and share their wines directly with the world. Now, with the Consejo Regulador’s recent changes to their labeling regulations, Chano and Javi’s wines can finally carry the D.O. Jerez-Xérès-Sherry label. This recognition is long overdue as this historic bodega produces some of the region’s most overlooked wines. The time is right for Bodega Manuel Aragón to shine. 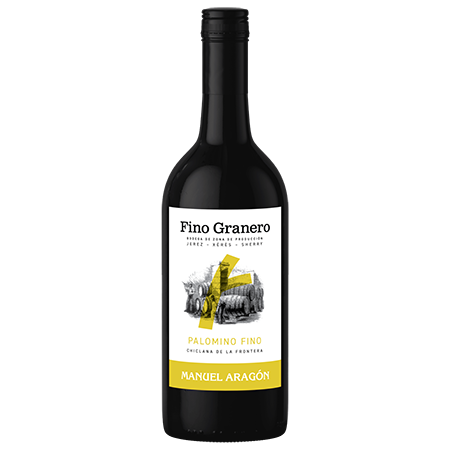 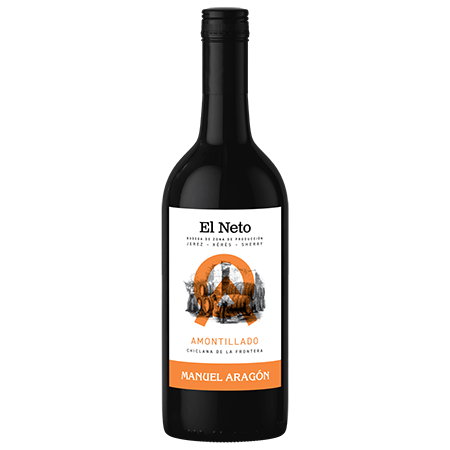 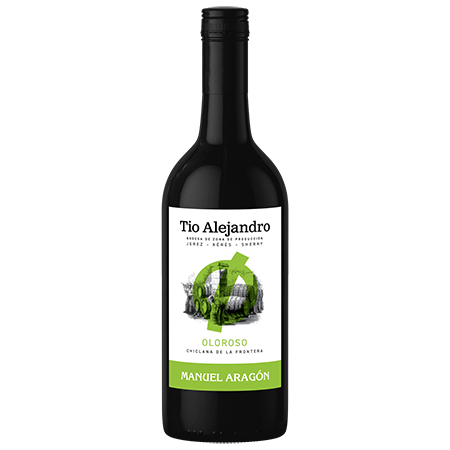 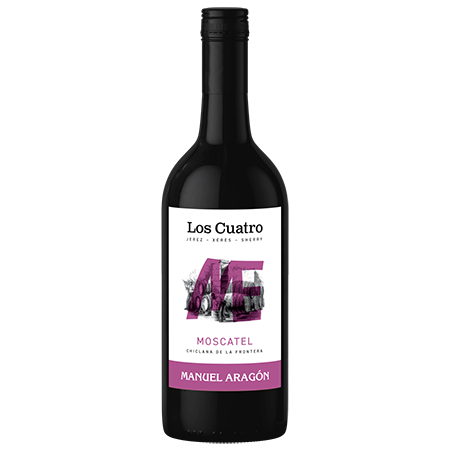 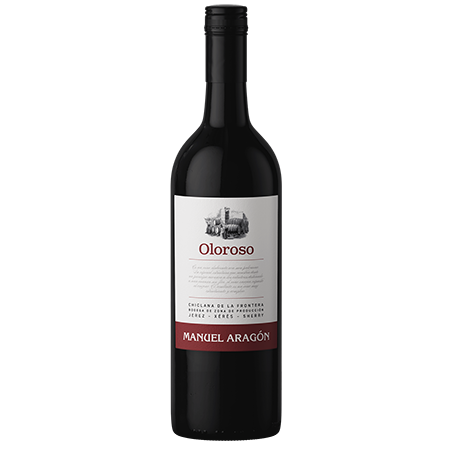 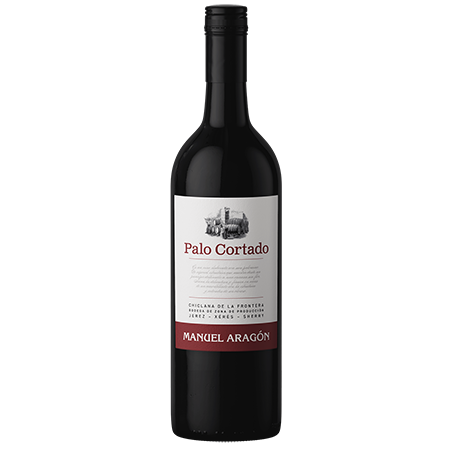