the history of El Maestro Sierra is one of self-improvement, non-conformity, and a firm desire to fight for a clear goal that has challenged the established norms of the local wine business in Jerez. El Maestro Sierra was founded in 1830 by master cooper José Antonio Sierra, who ran a prosperous barrel-building business called La Merced. Recognized as one of the top coopers in the area, he longed to become involved in the Sherry trade itself. Eventually, he set about building a small winery with the aim of making the best sherries possible. As the sherry business was, and remains to this day, dominated by aristocratic families, the idea of a humble worker joining their ranks was met with open disdain. After many hardships he was able to establish and grow his business, becoming one of the most respected almacenistas (stock-holders) of high-quality sherry. It is still run by his descendants, located in a privileged part of Jerez on top of the hill, exposed to the cool Poniente winds which nourish the elegant wines. As a reminder of the bodega’s struggles, the labels depict a hunting scene with a hare being chased by the nobles, alluding to José Antonio Sierra’s struggles founding the artisanal house in a social climate dominated by the aristocrats of his time.

El Maestro Sierra was passed down through the family and protected by the legendary Doña Pilar Pla Pechovierto from 1976 until her passing in 2020. She was a brave and resolute woman who inherited the business after the early death of her husband, Antonio Borrego. Pilar managed to drive the business forward despite the prevailing machismo of the time. El Maestro Sierra became the first and is still one of the few bodegas run entirely by women. When her husband passed away in 1976, she resisted the intense pressure to sell and kept the winery going through tough times by selling wines to the locals in jugs. In 1997, while the men were away from the Consejo Regulador, she was stealthily able to obtain the first bottling permit for an almacenista house, which was forbidden until that point. Pilar was an extraordinary individual with a singularity of purpose: to maintain the grand estate of El Maestro Sierra. Because the wines have remained virtually unmoved due to the slow business in the following decades, the stocks at El Maestro Sierra are some of the oldest and most undisturbed in Jerez.

The tradition is continued by Pilar’s daughter and current owner, Dr. Carmen Borrego Pla, and capataza Ana Cabestrero; aided by long-time-family-friend and consultant master capataz, Paco Salas. Dr. Borrego Pla, a historian and expert in the History of the Americas at the University of Seville, has published many books and papers relating to Andalucia’s role in this grand history and continues to be one of the region’s foremost cultural historians.

The capataz(a) is the cellar master and master blender…

in charge of making all of the vital decisions in the winery. Capataza Ana Cabestrero, who has held the position since 2011, draws from the rich tradition of innovative women at the estate to craft some of the most important wines of the region.

Ana originally came to Jerez in 2003 to work at El Maestro Sierra from her family’s winery in her native Ribera del Duero. The move to such a male-dominated region to work in a sector experiencing regressive growth was a bold undertaking. It was a decision which typifies her independent and fiery personality, in keeping with the spirit of El Maestro Sierra. Upon arriving at El Maestro Sierra, she immediately recognized it as one of the great treasures of Spain and moved confidently to guide the house to attain the recognition they deserve.

The treasures of El Maestro Sierra are many.

From the back of their building, they have a clear view of the Atlantic Ocean (at El Puerto de Santa María). This unique location in Jerez is one of the keys to their terruño. Here they are exposed to the cool Poniente winds which nourish the flor, allowing it to be present all year round, giving their wines elegance. They have been buying their palomino grapes from the same suppliers for many decades and these growers are known for having some of the best parcels within Jerez Superior, mostly from the pago of Balbaína, but also from Miraflores and Trebujena.

Since the wines at El Maestro Sierra have seen little sales the stocks have remained virtually untouched for the last thirty years. The soleras at the winery are easily over 60 years old and some may be close to 100 years old. Many larger houses have pillaged their old soleras, leaving them with very little old wine, which is not the case at El Maestro Sierra.

Filtering is minimal to non-existent (done manually with a sieve to simply keep out large particles from the bottle) and no SO2 is added to the wines, so everything from Maestro Sierra is bottled en rama. Each bottle from the rare old-solera (VORS) release, which is done once a year, is hand-labeled by Ana herself. This level of artisanship and dedication to quality is unrivaled in the region, with a mere 400 (half) bottles of each released annually. In fact, all of the wines in production are aged much longer than many of their contemporaries, led by their fino, which is released en rama, spending no less than six years under flor.

Being fierce protectors of tradition, they are also one of the last bodegas still working entirely by hand, without the aid of electric pumps, which are now commonplace. Instead, Ana and her team of four “run the scales” manually with the traditional canoa, jarra, sifón, and rocíador. This traditional way of moving the wine introduces the right amount of aeration of the wines, which in turn adds to the complexity. Upholding their heritage, all coopering and barrel repair is still done in-house, with no new barrels used. By anyone’s standard in Jerez, the crown jewel of Sherry is El Maestro Sierra. 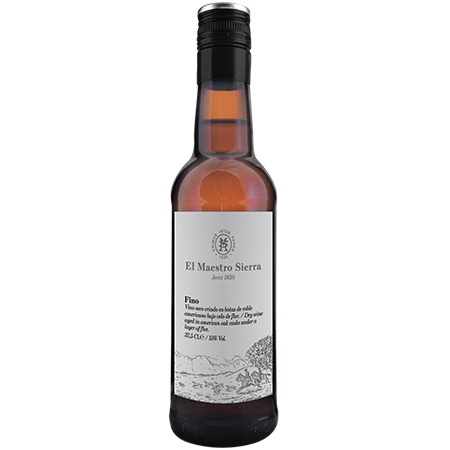 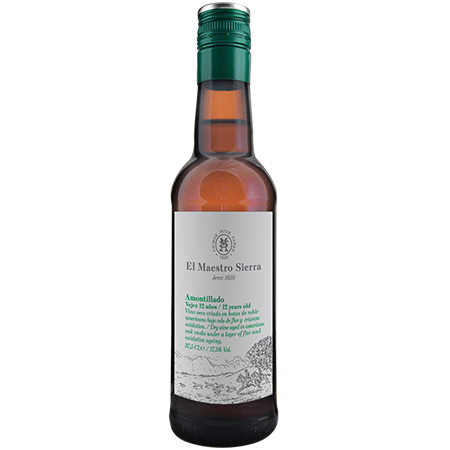 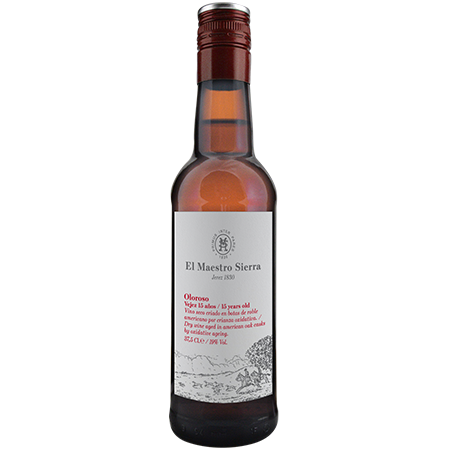 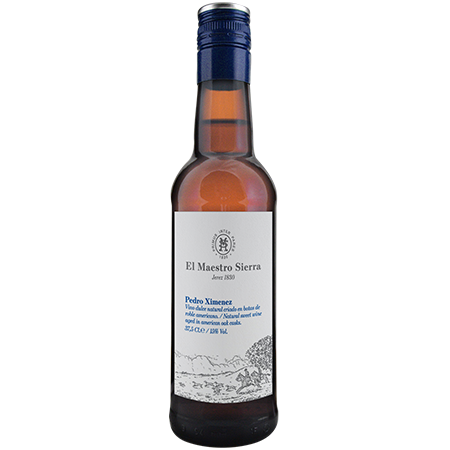 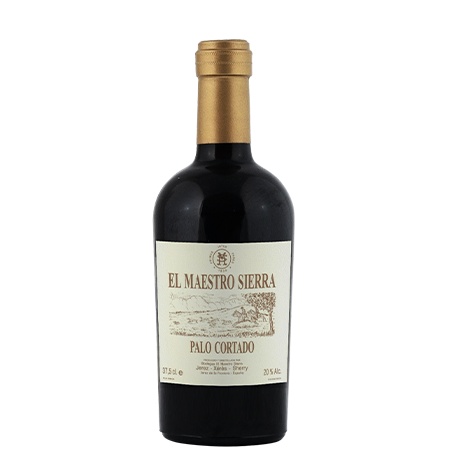 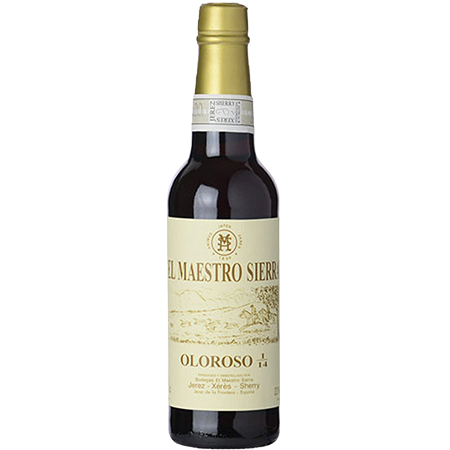 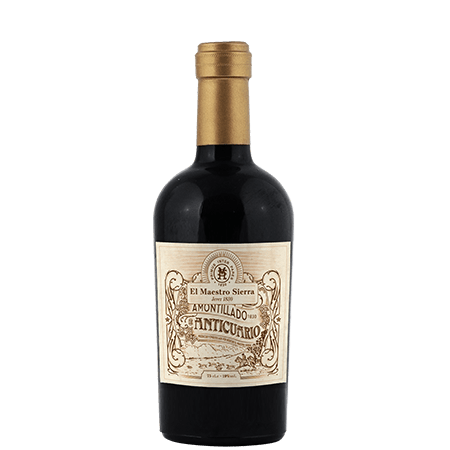 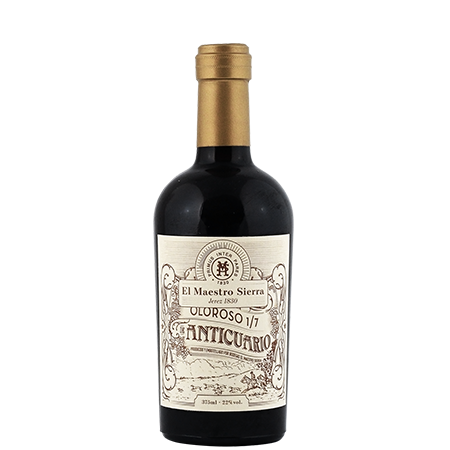 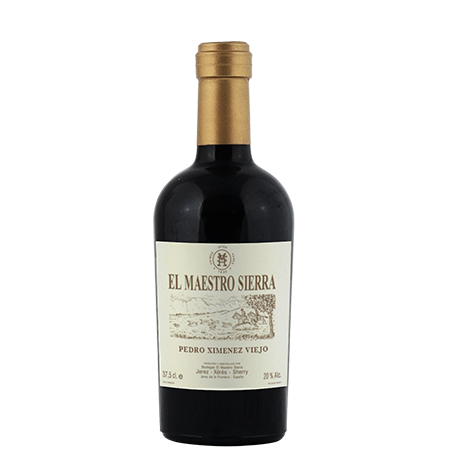 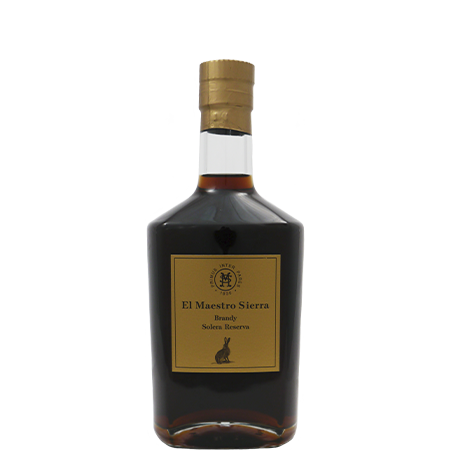 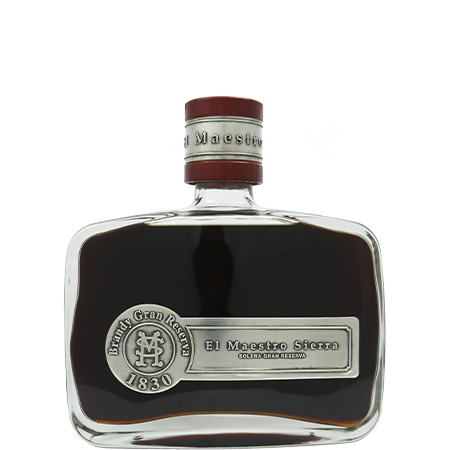