Southwest France does not refer to a coherent wine region, rather it is a disparate collection of wine regions in the southwestern quadrant of France that are not part of Bordeaux. Some, like the Côtes de Duras and the Côtes de Marmandais, can be characterized as Bordeaux-adjacent, both in their geography and in their style. But the majority truly have their own identity, and Southwest France as a category cannot be thought of as anything other than purely practical. Beyond just wine, Southwest France lacks a unifying geographical or political theme.

If one were forced to generalize, one could say the whole of the Southwest is, on average, a land of gentle temperatures, without too many extremes. Winter snow is rare throughout. Summers tend to be warm or even quite hot, followed by sunny autumns that are crucial for ripening.

Much of the regions fall into the Aquitaine basin, where the rivers drain into the Gironde estuary near Bordeaux. Climatic influences come from both the Mediterranean and the Atlantic, with the relative amount of each depending on the region’s position; the influence of mountain ranges also plays a large part.

Starting furthest east, the wine regions of the Aveyron abut the Massif Central, and are very much influenced by the cold air coming off that mountain range. The most famous wines from this area are the fer servadou of Marcillac grown in iron-rich soils.

Around the city of Toulouse, along the Tarn and Garonne rivers, are regions such as Gaillac and Fronton, where the Mediterranean influence is most pronounced. Hot, sunny summers combine with a wealth of indigenous grape varieties (duras, mauzac, prunelart, négrette, and many more) to create distinctive wines in a wide variety of styles.

Further north is the storied appellation of Cahors, where cot grows in gravelly soils along the deep bends of the Lot River. Closer to Bordeaux we find the Bergeracois, Duras, and Marmandais, where grapes and styles tend to resemble their famous neighbor.

About 150km south of Bordeaux, on the edge of the Aquitaine basin, is the area of Madiran, reputed for its powerful and rustic tannat wines.

The remaining areas of Jurançon and Irouléguy are implanted in the foothills of the Pyrénées. Jurançon is known for its sweet wines, produced without botrytis. This is possible due to its famously warm and sunny autumns and especially, the warm wind from the south called the Foehn that allows the grapes to hang on the vines without rotting into December.

Finally, in the French Basque country, right by the Spanish border, the small appellation of Irouléguy produces red wines based on the tannat variety and, increasingly, enchanting whites based on grape varieties shared with Jurançon.

The geography of the Cahors wine region is defined by the Lot River. As it meanders west from the town of Cahors, the river forms deep bends, and inside these contours are terraces made of ancient alluvial deposits. Gravelly and poor, these soils are the natural home of cot, the principal grape of the area. The wines made from these grapes can be deep, complex, and very long-lived.

But Cahors is a diverse appellation, and in addition to the vineyards on the river banks, it also includes the calcareous limestone plateau above. The wines from this area tend to be fruitier and more straightforward.

The climate in Cahors is marked by many diverse influences. The Atlantic plays a dominant role in moderating temperature, but harsh winter weather can also sometimes come from the nearby Massif Central, and in summer the region can at times be affected by Mediterranean heat. There is a significant risk of hail from severe storms in the late spring and summer.

This confluence of these various climates, along with the geography of the Lot River valley, create the specific conditions that make cot from Cahors so distinctive. 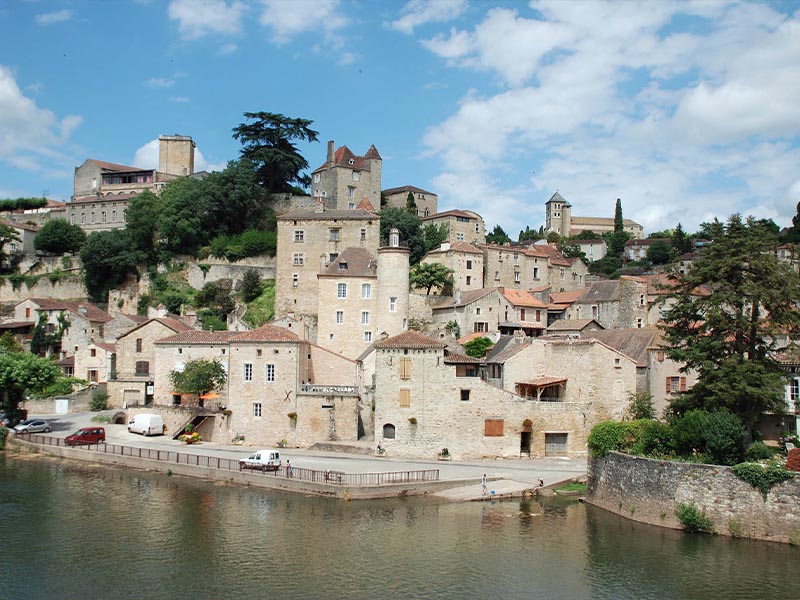 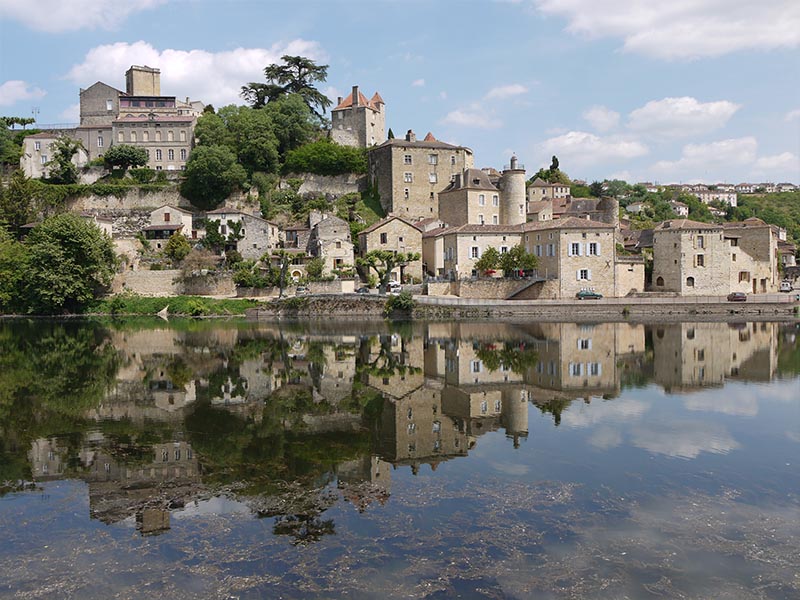 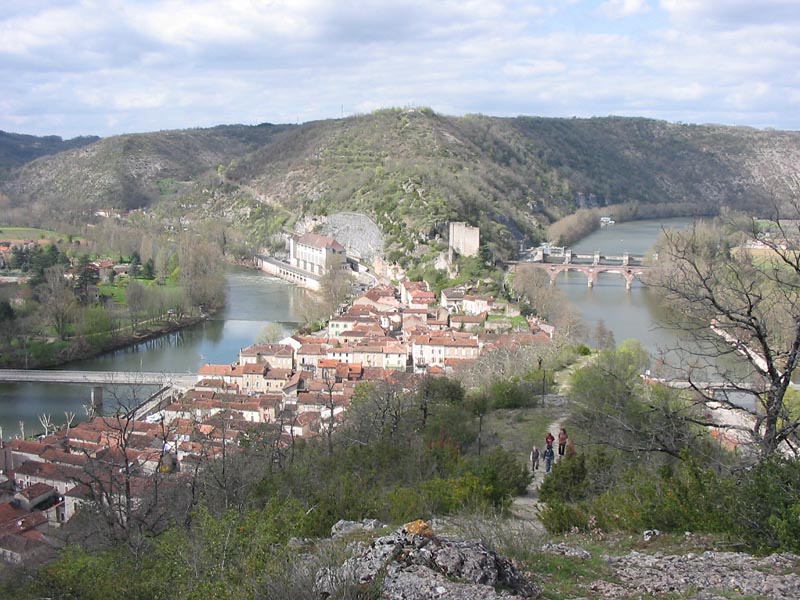 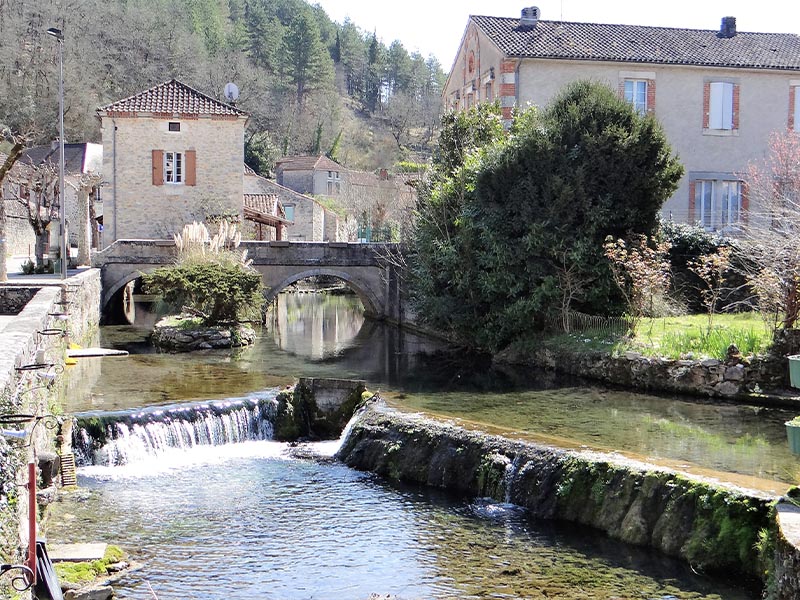 Nestled in the foothills of the Pyrénées mountains, Jurançon is famous for its many unique characteristics. It enjoys a singular growing season due to its maritime climate combined with the effects of a warm wind known as the Foehn. This dry wind allows the grapes to be harvested very late in the season.

The region gained great fame for these sweet wines during the rule of Henri IV. The wines have not enjoyed much fame since, but neither did the region fall into obscurity. Discerning wine lovers have always sought them out, and in France, they have a reputation as the perfect match for foie gras and as such are often consumed around the holidays. The region obtained appellation status in 1936, becoming one of the first appellations in France.

Jurançon is about 40 kilometers long and follows the Gave de Pau River. Many smaller rivers flow into the Gave de Pau, each one creating its own unique microclimate. These microclimates, coupled with different soil types along the north to south axis, create diverse styles of wines. In the north, the soils tend to be clay covered with rocky topsoils. In the south, the soils change and are marked by sandstone (marne or grès) and a clay-calcareous mix.

There are two official classifications for wines from this region. Jurançon Sec (dry) is the name for wines with less than 4g/L of residual sugar. To be called just Jurançon (the sweet category), the wines must contain a minimum of 45g/L of residual sugar. Additionally, unofficial terms such as Vendanges Tardives denote wines with very high levels of sweetness, made from grapes picked very late in the season. 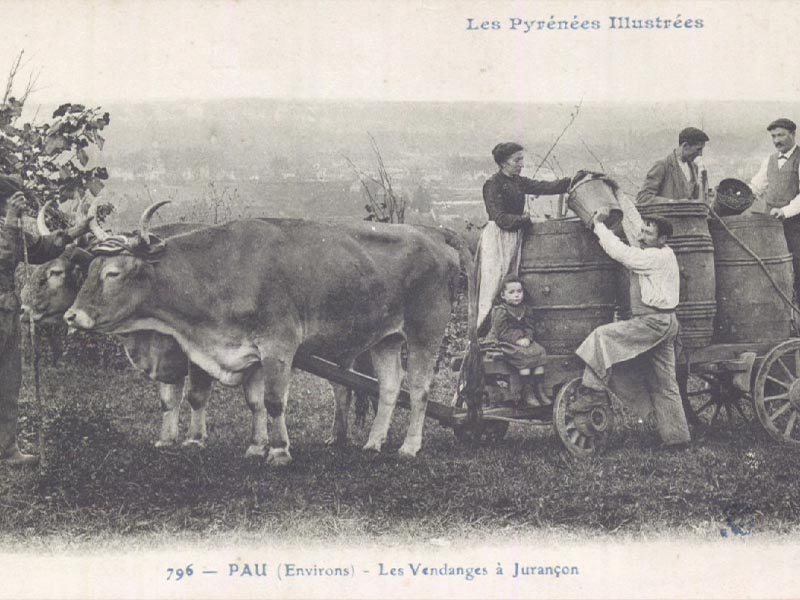 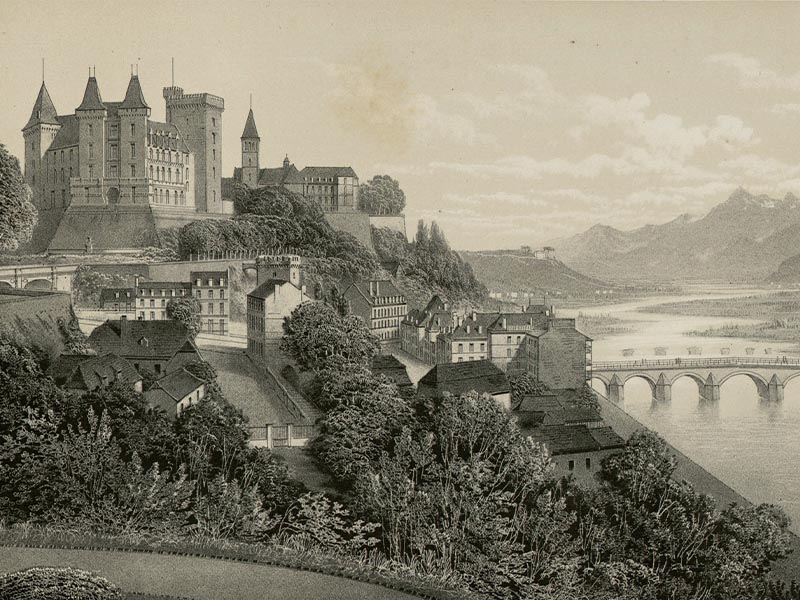 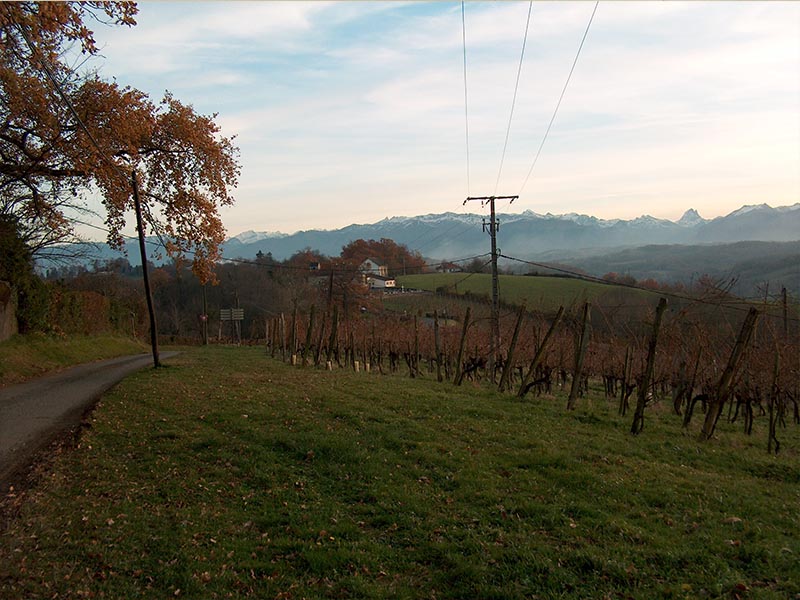 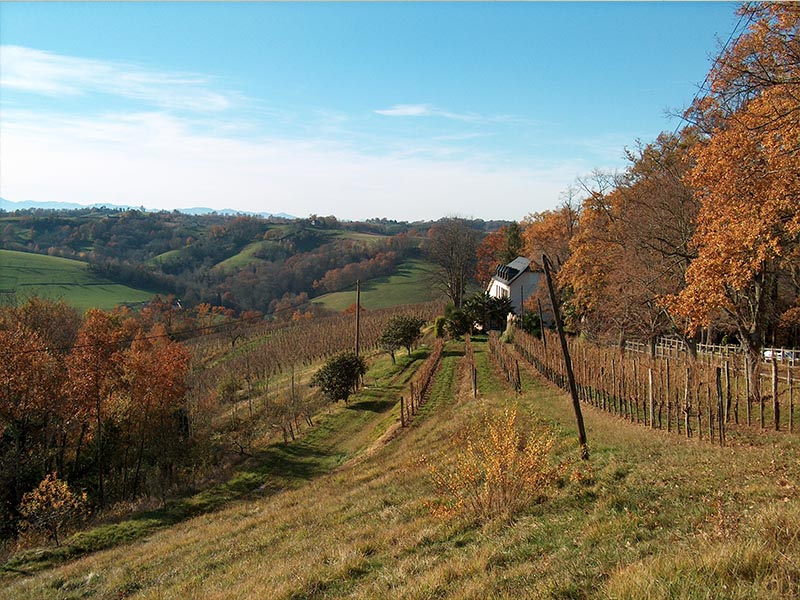 Basse Navarre is the French name for a traditional region of the Basque Country. Located today entirely within France, it contains the town of St-Jean-Pied-de-Port, a traditional starting point for the Camino de Santiago and a popular tourist destination.

Cider has long been made in this part of the world, but while the cider industry has flourished on the Spanish side, in France it was nearly forgotten in favor of wine. Today, only a handful of cider producers operate in Basse Navarre, where they have incorporated aspects of Spanish Basque ciders as well as influences of French cider-making from Brittany and Normandy to create something new and exciting. 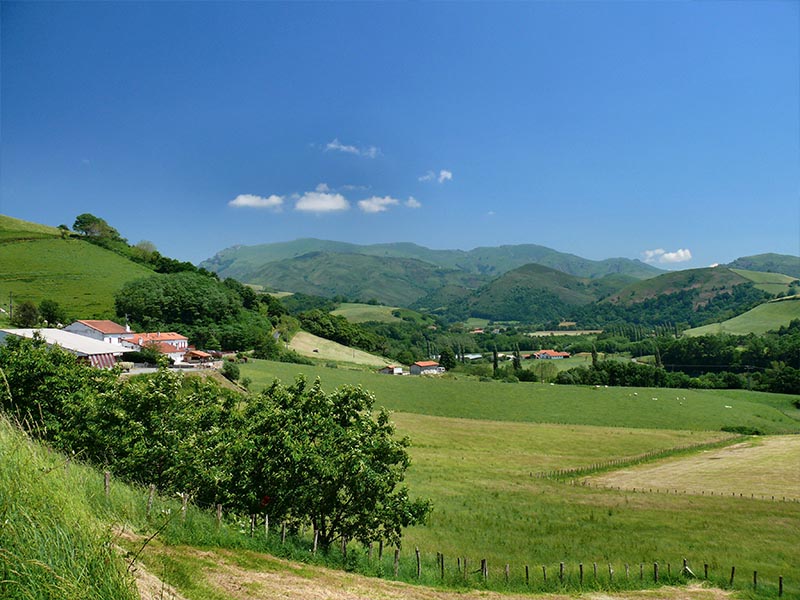 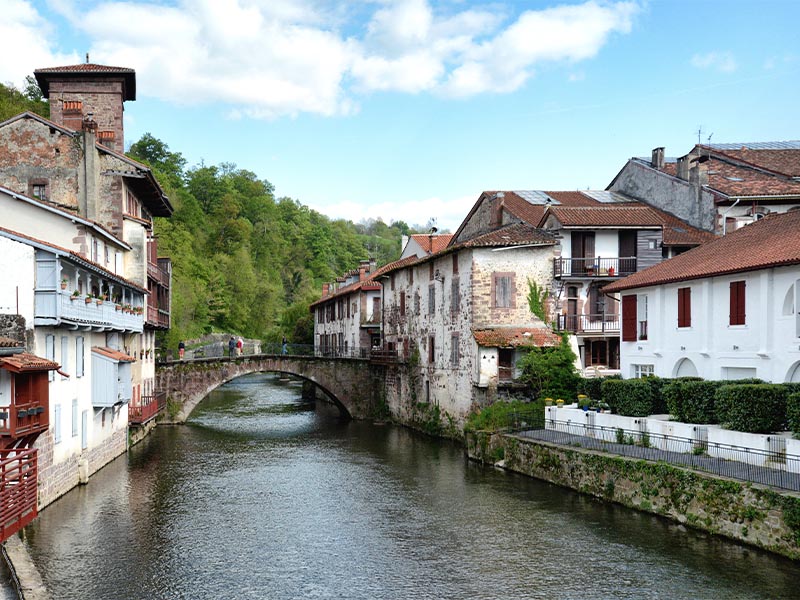 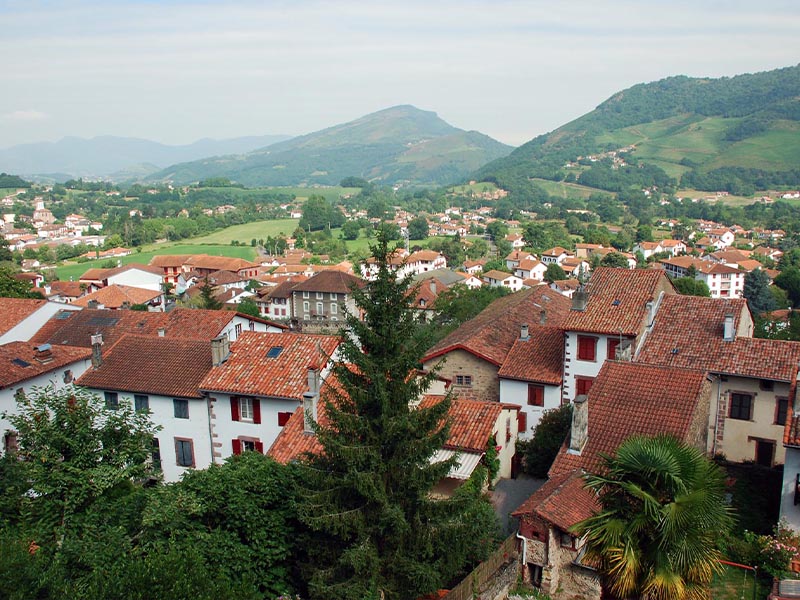