For those in the know, Vincent Gaudry has been handcrafting some of the most essential, soulful wines of the Loire River Valley for over 30 years…

in his craftsman cellar in the tiny hamlet of Chambre near Sury-en-Vaux, Sancerre. These days, it may be easy to overlook Sancerre as a simple Parisian bistro wine or dismiss sauvignon blanc for the intellectual credentials of chenin blanc; however, one visit with Vincent Gaudry turns those who meet him into true believers. A journey through the Sancerre terroir with a virtuoso like Vincent is akin to stepping through an unmarked door into a hidden universe filled with colors, flavors, and textures one did not previously know existed. We refer to Vincent Gaudry as the “last Jedi of Sancerre,” due to his mastery of the complexities of the Sancerre terroir and his humble transparency and insight when speaking about his deeply held beliefs regarding the power of the earth and energy exchange between himself, his vineyards, and wines. Vincent is a true minimalist whose guiding principle is “Trust in Nature.” Gaudry wines are in tune with the elements, instilling a feeling of being profoundly connected to the land. Driven by his deep respect for the wisdom of past generations of local vignerons, Gaudry’s wines are inspired by history and, as a result, are among the most transparent, soulful, and authentic in the region.

The domaine was established by Vincent’s grandfather with only a few hectares of vines before being passed to Vincent’s father, Georges, who gradually enlarged the estate to 9.5 hectares. Vincent was only 16 years old when he joined his father in the family business in 1991, taking over entirely in 1993 when his father fell unexpectedly ill. Today, he and his wife Séverine, who handles the administrative aspects of the domaine, farm 11 hectares of vineyards with organic, biodynamic, and regenerative practices. Getting rid of the chemicals in the vineyard became the first priority for young Vincent. He immediately began converting to organic farming in 1995, obtaining organic certification in 2002. With a desire to go even further, he developed a deep appreciation for biodynamic farming and the balance it brought to his vineyards. He began farming his vineyards with biodynamic principles in 2000, becoming the first producer in Sancerre with a Demeter certification in 2004. Witnessing firsthand the positive relationship between the vineyards, forests, and their animal inhabitants brought on by his regenerative agricultural practices, Vincent works with nature and a sober pragmatism to maintain a balance in his vineyards and wine.

“I always take care of my vines all the way until the end; I never give up. I look after each vine the same, whether there are five berries or a full bunch. I take care of them one by one. Picking each vine at the appropriate time is the most important thing”.

The domaine is planted with 90% sauvignon blanc vines averaging over 40 years old with 10% red pinot noir and pinot fin vines (pinot fin is a rare, ancient clone of pinot noir with small berries). New vineyards are replaced by massale selection from a 90+-year-old vineyard of genetically-diverse, old sauvignon and pinot fin varieties, which give berries of different size and maturity that Vincent believes bring complexity to his wines.

Gaudry’s vineyards are planted on all three predominant Sancerre terroirs: silex (flinty soils: structure, length, and lift), which runs in a narrow band along a fault line passing underneath the town of Sancerre; terres blanches (Kimmeridgian clay-limestone marl: mouthfeel); and caillottes (hard, weathered Oxfordian limestone: nose, aromatics); as well as other minor soil types that are often not talked about in the oversimplification of Sancerre’s terroir.

Vincent explains that, historically, when Sancerre was still sold by the barrel to satisfy the thirst of Paris bistros, négociants used to blend wines from the three different terroirs of Sancerre in equal parts to make a complete wine that travels well. In reference to this tradition, his cuvée ‘Le Tournebride’ is a blend of sauvignon blanc grown on caillottes from Verdigny, terres blanches from Sury-en-Vaux, and silex from Saint-Satur. For Vincent, ‘Tournebride’ represents a complete, transparent expression of Sancerre, delicately perfumed with a touch of gras and mineral tension.

Many of his parcels are over 60 years old, which is mostly unheard of in today’s Sancerre, with its focus on high-yielding quantity over quality. This focus is exemplified in Gaudry’s cuvée “Mélodie de Vieilles Vignes,” made mostly from one parcel in the lieu-dit La Rabotine, a west exposed slope on Kimmeridgian clay terres blanches in Sury-en-Vaux, where the vines are 50 to 90 years old. Vincent refers to this wine as bottling the wisdom of the old vines. Vincent plows this vineyard by horse, as the topsoil is no more than a foot deep before reaching the limestone bedrock, which is hard to penetrate for the roots.

He works some of his parcels with the aid of a horse, and he also utilizes various grasses and vegetation as cover crops between rows of vines to aid in the regeneration of the soil. Plowing is done in the spring, and green cover is maintained for the rest of the year with the use of biodynamic preparations and herbal tisanes for vineyard treatments. In recent vintages, with France battling global warming and brutally hot summers, green cover is managed as necessary, based on the availability of precipitation in the vineyards.

Gaudry also produces two extremely limited singular expressions only in certain years and only when the energy of the wines expresses what Vincent is looking for: “Pour Vous” and “À Mi-Chemin” (halfway to the light). When they are produced, not only are both cuvées among the greatest expressions of Sancerre possible, but they also represent two of the pinnacles of Loire Valley white wine. Both cuvées are hand-bottled directly from barrel, each bearing a unique, individual label handwritten and applied by Vincent.

“Pour Vous” comes from massale-selection old sauvignon varieties planted on east-exposed terres blanches. The wine is generous and giving, so he called it “Pour Vous” (for you). “À Mi-Chemin” is the oldest 0.5ha part of the lieu-dit ‘Les Bouloises’ in Saint-Satur, a vineyard with southeast exposure planted on red silex soils in the upper parts of the village of Saint-Satur, at 350m. The silex boulders in this vineyard are so dense that plowing is almost impossible, as the terroir eventually destroys any machines used. The vineyard is surrounded by forests that protect it from the north wind, with the flinty soils offering an incredible amount of light reflection. The singular wines spend roughly two years in used French oak foudres, as was traditionally done in the last century, bottled unfined and unfiltered. After the first year, he tastes the wines and looks for the energy, power, and emotions the wines give him. For Vincent, it is all about the feeling, the power from within the wine, and how the body expresses itself when tasting it.

With all of the focus on his brilliant white wines, it is easy to forget that Vincent also makes sensational, complex red wines from pinot noir and pinot fin, with whole-cluster fermentations that bring structure and elegance to the gorgeous fruit. His “Vincengétorix” cuvée is a superb pinot noir from a 1ha 35-year-old massale selection parcel planted on calcareous clay soil in the village of Sury-en-Vaux, which is also worked by horse, displaying complex fruit and mineral elements; savory, long, and satisfying. Gaudry’s extraordinarily elegant and silky cuvée “Les Garennes” is a red wine made from old vine pinot fin grown on porous, well-drained caillottes soil with smaller rocks from a well-ventilated vineyard just west of the town of Sancerre.

Vincent is equally cognizant of the energy of his cellar in Chambre, three kilometers from the town of Sancerre, as an element to the wines, and has recently completed a hand-constructed winery from the natural building blocks around him, literally using giant, locally-quarried two-ton stones to build the walls, without the aid of cement. The gorgeous local, hand-hewn wood beams (a work of art themselves) that support the winery roof utilize traditional joinery without the use of nails or fasteners. He built the structure entirely by hand himself over the course of three years, with help from his friend who did the electrical work.

At harvest, whole clusters are hand harvested in small baskets. In the cellar, Vincent remains a traditionalist as he looks for a balance between varietal and terroir. The domain’s impeccable farming is preserved through a slow, intentional process and an élevage that favors patience and transparency. Most fermentations are done in temperature-controlled stainless steel and a few in barrels, all with native yeasts and minimal sulfur. The wines are then aged on lees without bâtonnage and are bottled unfined and unfiltered, according to the lunar calendar. The result is precisely-delineated wines with stony minerality, concentration, texture, weight, complexity, and a lengthy, vibrant finish.

Ever the quintessential craftsman in every level of his work, Vincent is equally dedicated to ensuring the safe voyage of his wines through an investment in the best corks in the market to seal his bottles. Vincent’s corks come from an artisan cork producer on the island of Sardinia. His corks are natural, produced without the use of chemical treatments or glues, and are aged for 13 years, as opposed to corks from Portugal, which are usually aged for seven years. The resulting corks, which are exceptionally dense and strong, are checked by machine and guaranteed against defects like cork taint. Each cork sealing a bottle of Vincent Gaudry Sancerre costs him an average of a euro or more to produce.

Most vignerons would be content with all the accomplishments listed above; however, for Vincent, it’s not about fame or prestige; it’s about going further, pushing the envelope of excellence. Due to his relentless spirit, he has a visionary new project called “La Grande Pièce” in Crézancy-en-Sancerre, just west of Sancerre on a plateau at 300m elevation where the soil has a calcareous clay top layer, with caillottes underneath. Vincent had climate change in mind when he planted in the cooler location at a higher elevation, where the sauvignon grapes are eight days behind on average. In addition, he has planted experimental resistant varieties like sauvignac (sauvignon x riesling) and le floreal, which miraculously do not require treatments, with the idea of going beyond even biodynamics, and experimenting for the future. Vincent thinks this terroir could be one of the most interesting areas for the region’s future.

Most recently, Vincent has been honored to care for the vineyards of another of Sancerre’s greatest defenders. These vineyards once belonged to the legendary Edmond Vatan of Clos La Néore in Chavignol. Vincent is now working with Anne Vatan on the viticulture for her wine, as well as farming ‘Les Coinches,’ a two-hectare parcel on Les Monts Damnés in Chavignol that is bottled by Vincent. His next plan is to renovate his grandfather’s historic cellar, where he will raise all of the new wines. Needless to say that Vincent and Séverine Gaudry are deeply thoughtful and inspiring vignerons who represent our continued exploration and development of the Loire Valley in the future. 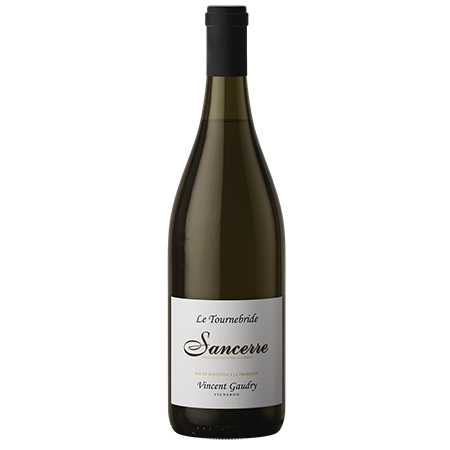 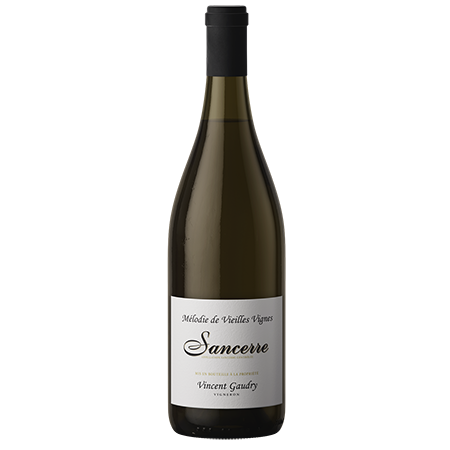