Clos Cibonne is not only an incredibly original property in Provence,

ensconced by the natural beauty of their landscape, producing wines which always transcend the rosé category, but they are also an anomaly within France in general. For centuries, Clos Cibonne has bravely forged their own distinct path. They have held true to a tradition of making age-worthy fine wines which happen to be rosé, in the midst of an appellation which rewards fitting in and churning out the same-but-different rosé wines which are ubiquitous throughout Côtes de Provence. It is this independence and originality that has made Clos Cibonne one of the most sought after cult wineries in France, with demand greatly outpacing their artisan-scale production.

The modern era at Clos Cibonne property began in 1793 when the Roux family purchased it from Jean-Baptiste de Cibon, a captain in the royal marines of Louis XVI. Jean-Baptiste de Cibon served under the command of Lafayette in the American Revolutionary War against the British, playing an instrumental role in that history. Jean-Baptiste moved his family to Gibraltar at the outset of the French Revolutionary War, transferring ownership to the families who had traditionally farmed the estate; the Roux family was one of those farmers. Some bottles still survive at the estate from Marius Roux, who made wines under the Château Cibon label in the late 1800’s at the property.

In 1930, André Roux (son of Marius) was the great architect of the modern winery…

in order to pursue his goal of producing top-quality wines at the estate. It was André Roux who planted the estate exclusively to the rare tibouren grape, creating the iconic labels which remain unchanged to this day. This revival ignited an era of fame for the rosés of Clos Cibonne, which led to their inclusion in a 1950’s classification of 18 Cru Classés in Côtes de Provence. André Roux was also instrumental in the creation of the Côtes de Provence appellation in 1973 and responsible for the inclusion of his beloved tibouren grape into the region’s list of accepted grape varieties.

In the 1980s, hard times fell upon the estate and it drifted without clear direction until Brigitte, André Roux’s granddaughter, and her husband, Claude Deforges, took over the family property in 1993. Their immediate goal was to bring the estate back to its former grandeur. By renovating the cellars while preserving the tradition of ageing in their large old foudres which are more than 100 years old at this point, the family began to reestablish the vaunted reputation of the domaine. Fifth-generation winemaker Olivier Deforges has taken over as both vineyard manager and winemaker (the winery currently has only one other employee, otherwise the family still does all of the work themselves). Olivier has focused his energy on impeccable viticulture, after transitioning to organic viticulture for the last decade, they are now certified organic since the 2019 vintage. Thanks to Olivier and his family efforts, Clos Cibonne once again occupies one of the most respected positions in Provence.

The heart of the estate is their traditional, goblet-trained tibouren, which is believed to be a very old grape variety, originally grown in Mesopotamia, propagated by the Greeks, before being transported by the Romans to Italy in the Liguria region, where it is known as rossese. Tibouren is a very fine, thin-skinned grape which requires a lot of ventilation to be successful and needs to grow close to the ocean, with lots of ventilation to be successful and avoid issues with rot. All of these requirements make Clos Cibonne the perfect terroir for tibouren, as they are walking distance to the ocean and constantly blasted with the drying winds from the mistral. André Roux was a great fan of this native variety and understood its potential to be the ideal grape for the region. As part of his revitalization, he replaced all of the estate’s mourvèdre with tibouren. Clos Cibonne soon became synonymous with tibouren and received special permission from the A.O.C. to list the grape on its labels.

The estate’s 15 hectares of vineyards are located a mere 800 meters from the coast and are surrounded by hillsides in the base of a bowl that faces the sea. This topography creates air circulation which allows for ideal maturation of the grapes. After harvesting by hand, the wines are directly pressed and fermented in stainless steel. The wine is then aged under fleurette (a thin veil of yeast, similar to the process in Sherry or Jura wines) in 120-year-old, 5,000L foudres for one year. Clos Cibonne crafts a wine that is completely its own through combining a rare grape with a unique aging process. The resulting wines have impeccable balance & freshness, with incredible structure and superb drinkability over many years.

Of the different wines made at the estate, production is focused on two rosés: the classic rosé Cuvée Tradition and the super-limited Cuvée Spéciale des Vignettes, which is sourced exclusively from the estate’s oldest vines. Both cuvées are 90% tibouren and 10% grenache, as mandated by the appellation. These two wines are complemented by the Cuvée Spéciale Tibouren, a unique, fresh red wine made with the same percentage blend of tibouren and grenache. In addition to their traditional estate wines, Clos Cibonne offers their Cibonne Tentations line. Cibonne Tentations offers an accessible, high-quality entry-point into authentic Côtes de Provence Rosé. Tentations is made with exceptional ingredients, including fruit from young tibouren vines at Clos Cibonne, as well as grenache, cinsault, and syrah grown by farmers in prime spots in the villages of La Crau and Carqueiranne, with whom the Deforges family has long-standing relationships. All vinification is done entirely in-house and by the experienced hands of Olivier Deforges. Tentations Rosé is focussed on the expression of fresh fruit and does not undergo the extensive barrel aging process of the traditional Clos Cibonne line. Cibonne Tentations represents one of the best quality to value ratios in the Côtes de Provence region. 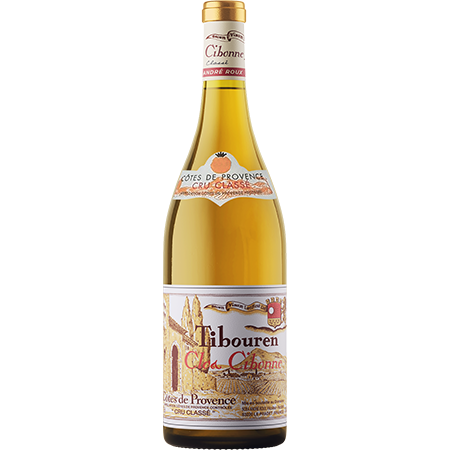 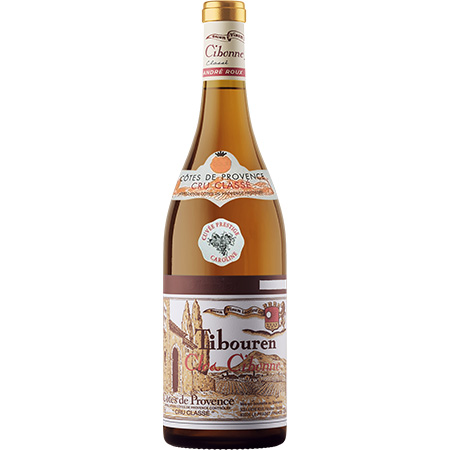 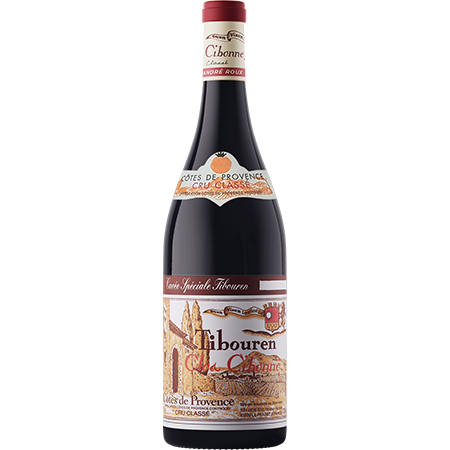 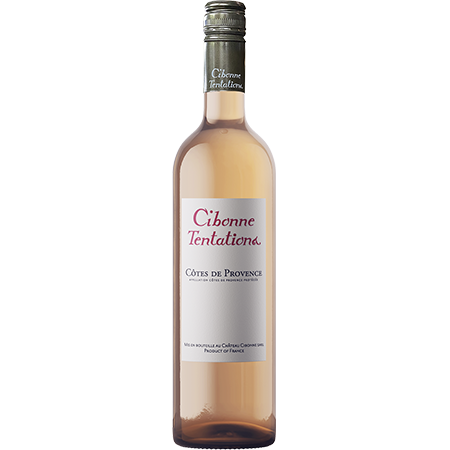 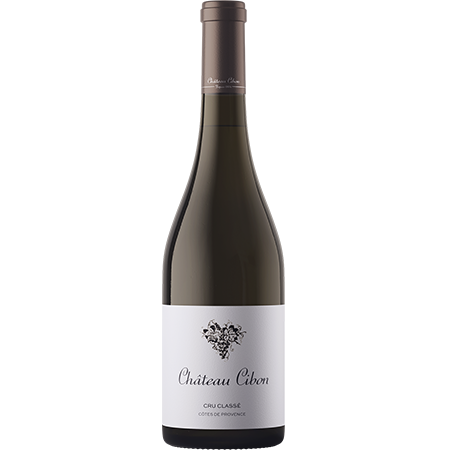 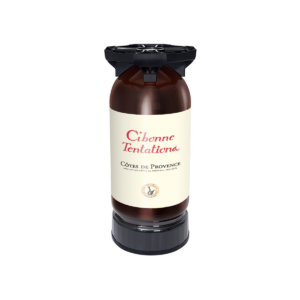