“¡Teruel Existe!” (Teruel Exists!) is the slogan of a citizens’ movement that began in the remote Spanish town of Teruel…

located in the south of the province of Aragón—the second-least populated province in Spain. Teruel is emblematic of a socio-economic phenomenon called España vaciada (literally, the “emptied” or “abandoned” Spain). The landscape of this Spanish region could be compared to our own “Big Sky Country” in the central U.S, with the Spanish version having been planted with some of the most remote vineyards in Europe. Understanding the rugged and remote natural beauty of the Aragón region, dominated by the mountains of the Sistema Ibérico, is central to understanding the energy and context of the wines from one of the local hometown heroes, Juan Vicente “Juanvi” Alcañiz, and his Viñedos de Montaña, mountain wines.

Currently, in Spain, 70% of the population lives in 30% of the country, resulting from a relatively recent historical process that has depopulated a large part of inland Spain. Where once there were prospering cities, towns, and villages rich in history, heritage, and people in remote areas of Spain, there are now abandoned towns surrounded by ancient vineyards. Since its formation in 1999, the “¡Teruel Existe!” movement has been calling on government authorities in Madrid for increased investment in infrastructure and access to public services to encourage entrepreneurs to settle and invest in historic small and medium-sized towns.

Juanvi Viticultor is one of those ambitious startup “garage wineries” intent on revitalizing his region, bringing vital employment and opportunity back to his quiet village through recovering mountain vineyards surrounding the town of Rubielos de Mora in the province of Teruel. Juanvi is a small-scale, artisan winery established in 2008 in the town of Rubielos de Mora in the Sierra de Gúdar-Javalambre mountains at 1000m, surrounded by beautiful peaks and scenic vistas in every direction. The region has a strong continental climate, with a wide daily variation of temperatures from very cold at night and very hot during the day. It is a region that was once thought to be too high in elevation to make wine, but with the weather change brought on by global warming, the area has become very interesting for quality wine.

The Juanvi team is led by Rubielos de Mora native and visionary winemaker Juan Vicente “Juanvi” Alcañiz, aided by his vineyard manager Melchor Ramos, who is a master of the region and its native grapes. The winery was first started by Juanvi’s father, Vicente, in partnership with local family friend and restaurateur Jesús Romero, who planted the first vines in the village of Rubielos de Mora in 2008 and for whom the winery was previously named. As both men retired, Juanvi decided to take on the winery full-time and bring it to the next level.

The Alcañiz family comes from Olba, a small village 5 km from Rubielos. Juanvi was born and completed his viticultural studies in Valencia. After getting his start working in wine there, he set out on a career making wine in Ribera del Duero, Argentina, Chile, and New Zealand. He moved back to Spain in 2011 to work as head winemaker in the San Alejandro winery in Calatayud, Aragón, responsible for the brands of Las Rocas and Evodia. Juanvi seeks to use his experience on his small-scale, grass-roots project designed to uncover the full potential of the mountain vineyards of the Teruel province, his ancestral homeland.

The vineyards for Juanvi are located in the two towns of Rubielos de Mora (an hour and a half northwest of Valencia) and Báguena (another hour and a half into the interior of Aragón), one of the most remote and wild regions in Spain. In this part of the country, there are more vines than people by a long shot, and much of it is very old-vine garnacha, traditional bush vines growing in isolation, unswayed by fashion or trends.

Garnacha, syrah, tempranillo, and miguel de arcos vines are farmed organically by Juanvi and his local vineyard manager Melchor Ramos, who, at 63 years young and counting, has literally dedicated his life to saving these old bush-trained vines and farms all of his vineyards by hand without the aid of machinery, because he feels he gets a better result working manually. No one knows the region better than Melchor, who is cut from the hard rock of his landscape.

The forests surrounding Rubielos de Mora are also ground-zero for the prized Iberian black truffle, which features prominently in the local cuisine during the fall and winter. The region of Teruel is also renowned for jamón serrano, its pottery, archaeological sites, and classic Mudéjar architecture combining Gothic and Islamic elements, as well as rock outcroppings containing some of the oldest dinosaur remains of the Iberian Peninsula.

Due to its location within the Sistema Ibérico, the region has a continental mountain climate at an altitude of around 1000m above sea level. Winemaking is an extreme proposition in this climate, as there is constant danger of late frosts in the spring and severe hail storms in the summer. To protect against these dangers, they use an ingenious mesh netting system, which also deters the abundant starling birds and wild boars who seek to snack on the grape clusters. Veraison occurs in mid-August, so fruit maturation is slower, and the harvest usually takes place between October and November, depending on the cycle of each variety. These conditions also present a danger of freezing weather during the late fall harvest.

All of the Juanvi wines are single-vineyard and village wines. Their Rubielos de Mora and Quercus red wines contain grapes from the Pago Alto and La Loma vineyards near the village of Rubielos de Mora at 980m. This vineyard consists of 4ha of garnacha, syrah, and tempranillo, with the youngest vines planted in 2008 and the oldest being more than 90 years old. Soils are granitic, rocky, and shallow for garnacha and syrah (similar to Gredos); and calcareous clay soils for tempranillo. The miguel de arcos for Quercus and garnacha for La Viña de Báguena come from Paraje de La Sierra in Báguena with red-quartz soils.

Rubielos de Mora is a youthful, fruit-driven red wine with good ripeness but also exceptional freshness and acidity, and the wine is both juicy and light at the same time. It’s a fresh, tasty, and easy-to-drink new-school Mediterranean wine. We couldn’t ask for more from this wine.

Quercus is a blend of the well-known garnacha grape variety, which is thought to be indigenous to the Aragón region, as well as the lesser-known miguel de arcos grape, which Juanvi and Melchor are passionate about saving and featuring in their wines. Since it is a late-budding variety, miguel de arcos is not usually affected by spring frosts and is resistant to mildew and oidium. A low-yielding variety, it is resistant to drought, with good heat resistance, making it an ideal grape for the harsh climate of Aragón. Cherry-colored, miguel de arcos red wines have characteristic aromas of dark forest fruit, a light palate, medium acidity, and medium-high alcohol. Compared to syrah, it is larger-berried, with a lower skin-to-juice ratio and a lighter, fruitier frame that is less structured than syrah. It is excellent when blended with garnacha or syrah, as it lends an incredible light and juicy profile to the frame and structure of the two more well-known noble grapes. The vines are planted near Báguena in shallow clay soil with quartzites at 1000m.

La Viña de Báguena is made from a 3.5ha single-vineyard, Paraje de La Sierra, of organically-farmed garnacha, planted in 1955 at 850m in red quartz soils, located in the Sierra Santa Cruz, within the Sistema Ibérico mountain range. These are very low-yielding garnacha vineyards with traditional goblet-trained vines. In a similar vein as the best garnacha wines from the Sierra de Gredos region, La Viña de Báguena manages to be both powerful and elegant, with the mouthwatering drinkability that all of the wines from Juanvi give. It undoubtedly belongs among the top expressions of garnacha produced in Spain each year.

Wineries like Juanvi Viticultor inspire us by making their otherwise remote regions accessible through their work, highlighting the human and cultural stories of the region, all while making damn good wine along the way! Juanvi and Melchor give us something truly special in the process, a window into their world, which is the greatest gift. 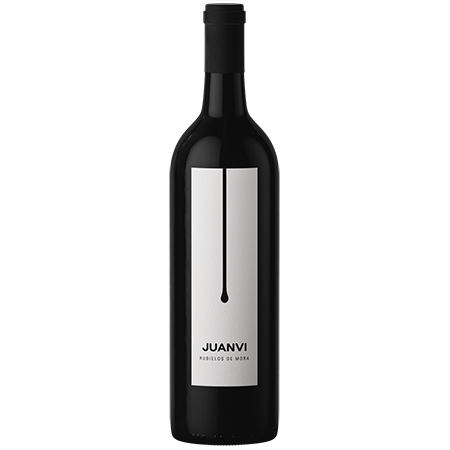 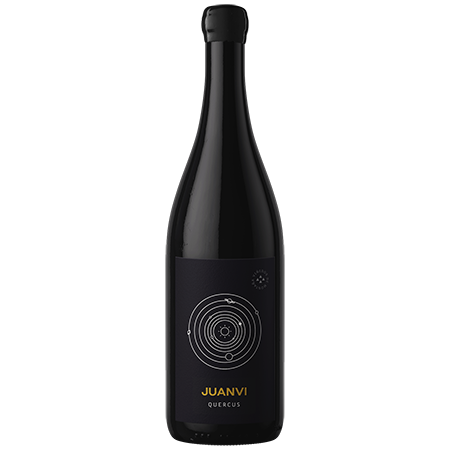 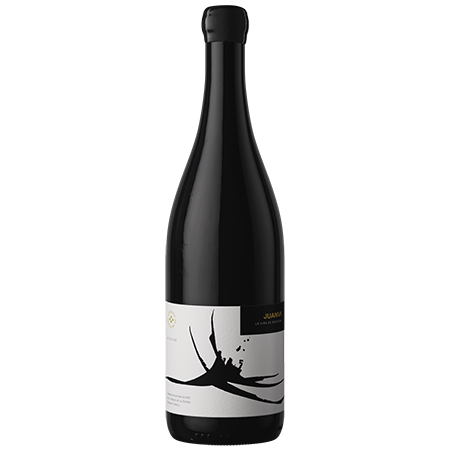