producing high-quality wines at accessible prices for everyday drinking. In 1990, the estate earned the prestigious and rare designation of DO Pago Campo de La Guardia due to its location in a special enclave with complex soils at 850m elevation at the convergence of two tectonic plates near the Tagus river in central Spain.

The La Mancha region is in the process of transformation, having previously been known for producing bulk wine, where the producers focused on quantity rather than quality. However, this situation has been rapidly changing in the past twenty years, as La Mancha is an exceptionally large and diverse area with many microclimates being explored by the current generation of growers. There are many newcomers with great ambitions who are investing in the region, transforming and unlocking its potential.

Martúe was the dream of Fausto Gonzalez, who planted vines at the estate in 1990, as he realized the untouched potential of a microclimate at 850m near La Guardia de Toledo, just southeast of the city of Toledo. This area is interesting due to its extreme diurnal shift between day and night temperatures and the complexity of its poor limestone-rich soils.

His first step was to remove the lackluster airen, a neutral white grape, often destined for distillation into Spanish brandy. Inspired by other famous field blends of the world, he planted tempranillo, syrah, cabernet sauvignon, petit verdot, malbec, and merlot with the idea of making an estate wine from a single terruño.

Rather than produce a vino de autor, a term suggesting wine is a work of art to be sold at the highest price (as is common in the region), Martúe decided to produce high-quality wines at price points appropriate for everyday drinking. Fausto’s goal was to bring value to top-quality wines from the La Mancha region and make them accessible for all to enjoy. It’s an extension of his cultivated, good-natured personality and love for his region’s gastronomic history.

The vineyards around the hacienda Campo Martuela were planted in 1990, followed by the El Casar vineyard ten years later, bringing the estate to 81ha of low-yielding vineyards. The first Martúe estate wine was produced in 2001, and the team set out on a path to increase quality with each vintage. Finally, as a recognition for their hard work, Martúe’s vineyard obtained the appellation of DO Pago Campo de La Guardia in 2009, classifying it as one of Spain’s most unique, top single-vineyards.

Attaining the DO Pago Campo de La Guardia brought Martúe into a group of like-minded winemakers working in unique terruños in the most remote parts of Spain, outside of the more established and well-known wine regions. As of 2022, there are 20 Vinos de Pago sharing the common goals of producing excellent wines, raising the quality of the winemaking standards, and encouraging the economic growth of their regions.

Vino de Pago is a classification for Spanish wine applied to individual vineyards or wine estates, unlike the Denominación de Origen Protegida (DOP) or Denominación de Origen Calificada (DOCa), which is applied to an entire wine region. The quality requirements for a Vino de Pago correspond to those for a DOCa wine (like Rioja or Priorat). The Vino de Pago classification was introduced in 2003 to help further improve the quality of Spanish wine in remote wine regions. So far, all Vinos de Pago are located in Aragón, Castilla-La Mancha, Castilla y León, Navarra, and Valencia.

Farming is sustainable, and the wines are made without any additions. Alcoholic fermentations are spontaneous with indigenous yeasts. The goal is to make wines with maximum character. All of the different grape varieties are handled separately, and great care is taken at harvest to pick each grape variety within its optimal maturation window with balance in mind. When the time is right for each variety, they are harvested at night as quickly as possible. As all of the vineyards closely surround the winery, the grapes are crushed and begin fermentation immediately. This process is a testament to the great care taken by the team, and the results are felt in the quality of the finished wines, which are fresh, balanced, and delicious.

The concept of single vineyards in La Mancha is very new, and Fausto has had to fight to earn respect for his wines and the appellation’s reputation. Often wines at this price point are anonymous blends with questionable provenance, lacking identity and interest. With Martúe, we are pleased to offer these honest, delicious wines with exceptional value to the US market and promote high-quality, responsible, sustainable viticulture in the Castilla-La Mancha region. 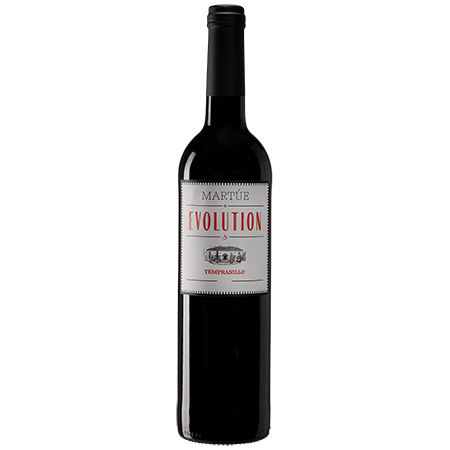 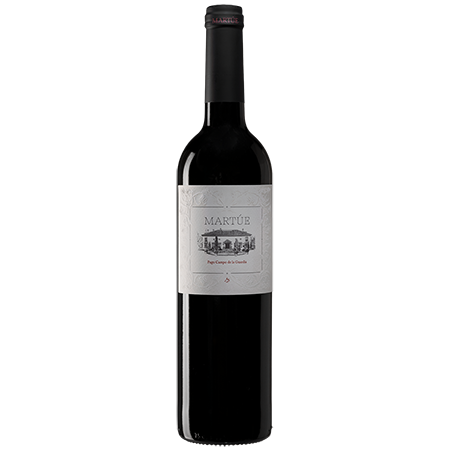