One would be hard-pressed…

to find anyone as devoted to the concepts of sustainable and local as Thierry and Céline Tissot. Their vision is of a sustainable ecological future with a thriving local economy to pass on to their two children.

Their village, Vaux-en-Bugey, has been home to the Tissot family for a very long time. They are the fifth generation to work the vineyards in their bucolic sub-alpine setting. Until Thierry took over in 2000, wine was just one part of the family’s agricultural life, with a few hectares of vines planted around the village, as was common in rural French life.

Thierry came in with a singular vision of focusing on wine exclusively,

and he had a bold plan to replant a very special site called Mataret. Abandoned at the onset of WWI, Mataret was widely considered by locals to be the most privileged vineyard site lying on the steep mountainsides surrounding the village. Three hectares of clay calcareous soils with veins of shale facing southwest, at 350m elevation, overlooking Vaux-en-Bugey.

Clearing the site was a monumental undertaking, with the slope reaching up to 45 degrees and a thick cover of brush and chestnut trees. All of the labor to clear almost a century’s worth of forest growth was done by hand. Thierry chose to replant with two of the most interesting traditional local varieties: altesse and mondeuse. Mataret has never seen any herbicides, having been abandoned to the forest before the introduction of chemical treatments. It is truly a grand cru site, with very stony clay-calcareous soils and veins of blue marl. Thierry had brought back to life one of the most pristine and exceptional vineyards of Bugey.

Meanwhile, his wife Céline was completing her studies as an agriculture engineer and enologist. She focused on sustainable agriculture, with a particular focus on insect diversity. She did a stage at Maison Drouhin in Burgundy to learn vinification. For a few years afterward, she worked as a teacher at a local viticultural trade school, preparing youths to work in the vineyards. In 2016 she joined the Tissot domain full time. Bringing with her tremendous agricultural expertise, they began the process of organic certification, which they completed in 2019. She also brought in aspects of biodynamic agriculture, with various plant preparations now being used in the vineyards.

Their vineyards are surrounded by sub-alpine forests and are now full of biodiversity. Céline loves to share their discoveries on social media — birds nests, foxes, ladybugs, etc. — as they work the vines with their dog Maya.

The ethos of the Tissot house is communitarian,

lifting their village and region. They are part of a local producer’s cooperative shop, which sells locally produced goods directly to consumers. They also work with a regional group dedicated to finding, identifying, and propagating ancient grape varieties, and they have discovered a number of oddities in their century-old jacquère vineyard.

Their philosophy of winemaking, as in the rest of their life, is one of being true to themselves and their land. The resulting wines clearly reflect their personalities and the place they live and work: honest, thoughtful, bucolic. These are not showy wines trying to make a point, quite the contrary. As Thierry puts it, “our wines are like a shy person, they won’t jump out at you with open arms. But if you take the time to get to know them, you’ll discover just how much they have to say”.

One of the particularities of the Tissot wines…

is that they require time in a bottle to express themselves. As Thierry Tissot explains: “Altesse tends to produce wines that are muted when young, but then they gain lots of body, complexity, and length as they age. The wines become very elegant.” The same is true for the red mondeuse, which needs time to smooth its rough, tannic edges. This kind of approach, which is low-intervention, hands-off, and very patient, is uncommon in the region. Altesse is usually left with residual sugar, and mondeuse is often fermented carbonically, all in a bid to make the wines more approachable when young. Thierry and Céline are doing singular work, quietly elevating the stature of Bugey in the process and proving the region’s potential.

While the semi-sweet sparkling méthode ancéstrale wines from Cerdon du Bugey have certain fame, Céline and Thierry are showing that top quality méthode champénoise sparklers can also be made here, all while transmitting a clear and unique Bugey identity. The Tissots have been pushing the envelope with the development of their traditional method sparkling wines. Using their prized native varieties (altesse and mondeuse), combined with varieties from neighboring Burgundy (chardonnay and gamay), they produce both a white and rosé sparkling. The use of these varieties, combined with a long lees-aging regimen, creates distinctive and elegant sparkling wines which have gained many fans.

Bugey is an exciting region in the crossroads of its more famous cousins. Located between the Jura and the Savoie wine regions, Bugey shares aspects of both, yet it retains its own distinct identity. It is at the southern end of the Jura mountain chain, and at the northern end of the Rhône river, which loops the region’s southern and eastern edges, marking the border with Savoie. Burgundy’s Mâconnais lies directly to the northwest. Here on their Mataret hill (a terroir that would be inconceivably unattainable if located in neighboring regions), the Tissots are quietly, steadfastly working to make the wines that will come to define their region for future generations. 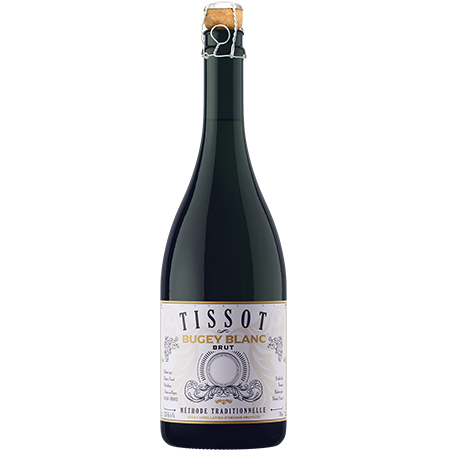 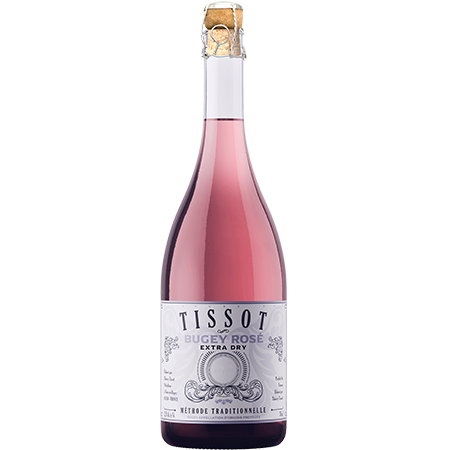 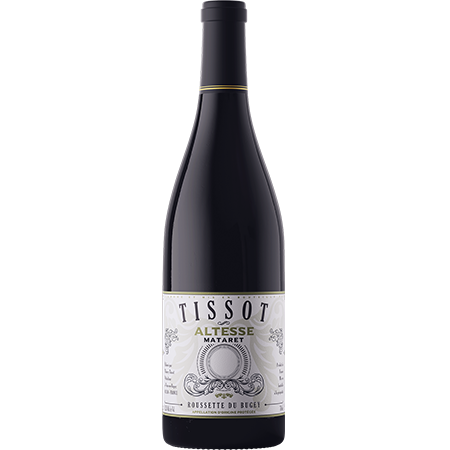 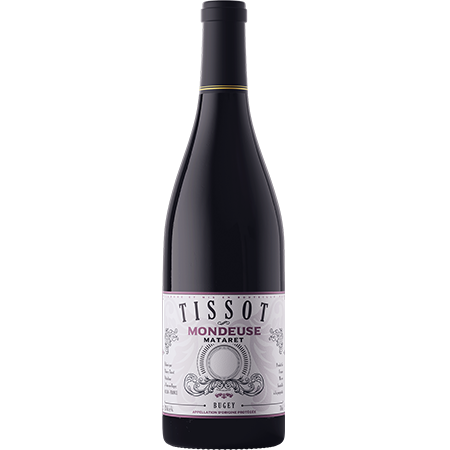 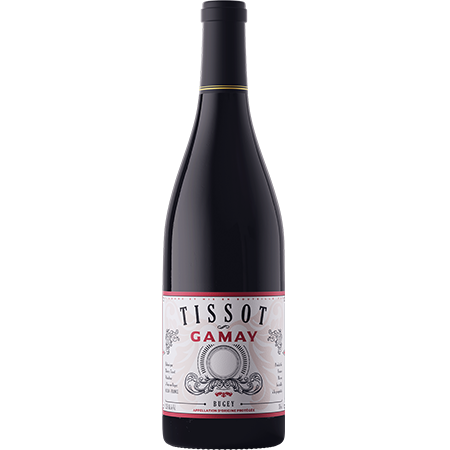