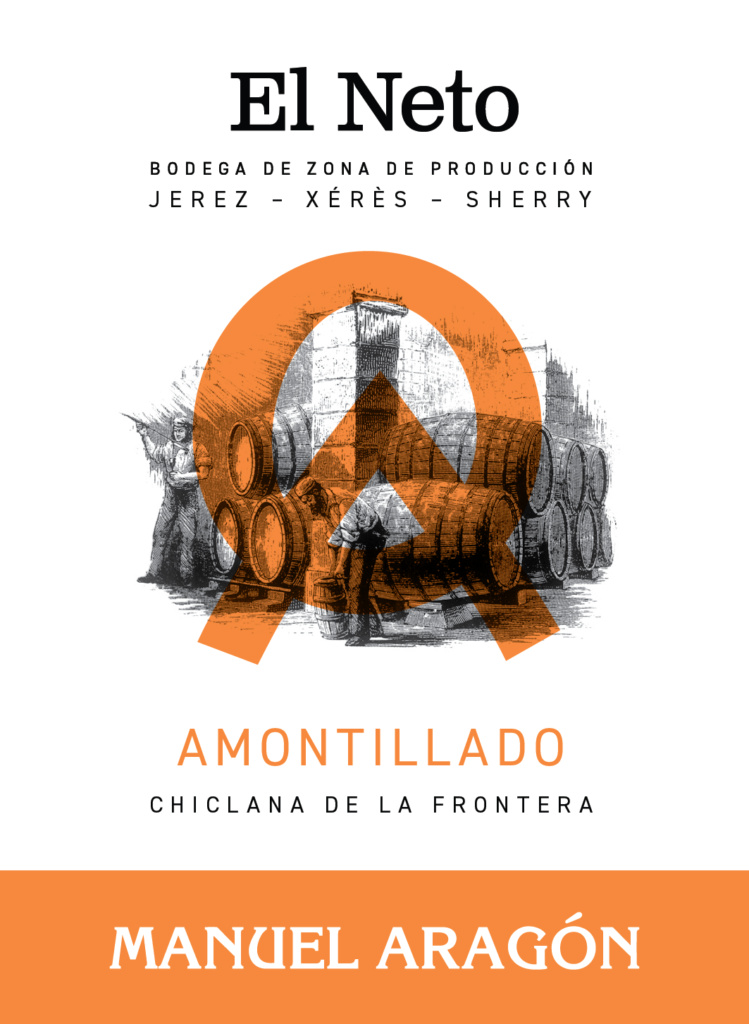 The bodega lies just 800m from the ocean, separated only by pine trees. It also benefits from the Levante wind, a warm current that flows west through the Strait of Gibraltar. Palomino vineyards are planted in chalky albariza barajuela soils in the same direction as the Levante wind.

Amontillado El Neto is produced from estate-grown, organic palomino grapes grown in Pago Marquesado in chalky albariza barajuela soils. It is an exceptionally elegant and complex Amontillado with loads of umami.  “El Neto” is named for a long-time employee and wagon driver who used to transport the wines of Manuel Aragón from Chiclana to other towns before motor vehicles.

Vinification – During harvest, grapes are hand-picked in small baskets, directly pressed, and then fermented spontaneously with native yeasts in stainless steel at low temperature. After fortification to 15% ABV with neutral grape spirits, Amontillado El Neto spends five years aging biologically under a continuous veil of flor in very old barrels in a bodega located just 800 meters from the Gulf of Cádiz. The wine is then fortified to 18% and aged a further 12 years oxidatively. Manuel Aragón runs the scales in the traditional way, moving the wine through the solera manually, without mechanical pumps, utilizing gravity and the traditional tools of the canoa, jarra, sifón, and rocíador. It is cold stabilized and very lightly fined with bentonite before bottling.