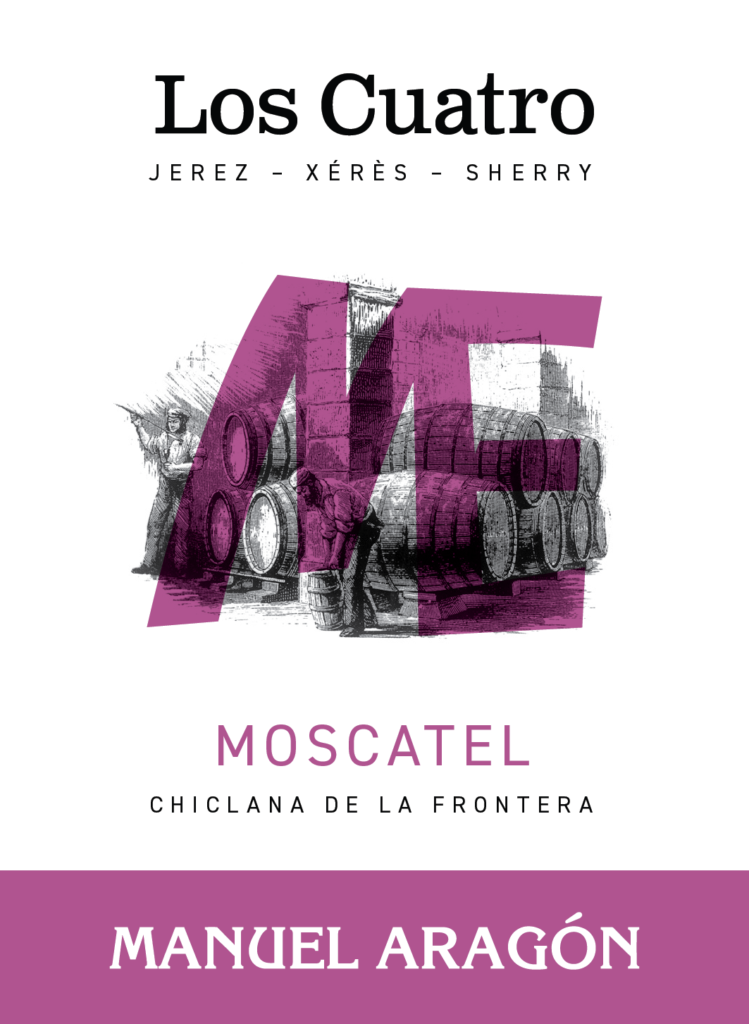 The bodega lies just 800m from the ocean, separated only by pine trees. It also benefits from the Levante wind, a warm current that flows west through the Strait of Gibraltar. Moscatel de Alejandría vineyards are planted nearest to the beach, in sandy, ocean-influenced soils (arenas) in the same direction as the Levante wind. Arenas are slightly yellowish or reddish soils, with 10-20 percent chalk content, but with the rest being sand, which is conducive to growing moscatel grapes, which require less water than palomino grapes.

The must, rich in sugar because it comes from overripe grapes, is only partially fermented in order to maintain most of the original sweetness, subsequently aging in oak wood with an average age of eight years; the aging is oxidative.

Moscatel Los Cuatro is produced from estate-grown, organic moscatel de Alejandría grapes grown in Pago Cañadillas close to the beach, in sandy, ocean-influenced soils. It is an exceptionally aromatic and balanced Moscatel with a long finish. “Los Cuatro” is a tribute to four historic matador friends who would gather at the bodega to share a bottle of Manuel Aragón Moscatel after their tournaments.

Vinification – Estate-grown overripe moscatel grapes are hand-picked in small baskets with great care to avoid oxidation, directly pressed, and then fermented with native yeasts in stainless steel at low temperature. The fermentation is then stopped before completion with the addition of a neutral grape spirit to 15% ABV, leaving the natural sweetness. The slow loss of water through the walls of the wooden casks facilitates the continuous process of concentration, which makes the wine gain in structure, smoothness and complexity. Manuel Aragón runs the scales in the traditional way, moving the wine through the solera manually, without mechanical pumps, utilizing gravity and the traditional tools of the canoa, jarra, sifón, and rocíador. It is cold stabilized and very lightly fined with bentonite before bottling.