It’s not every day in the wine business…

that one comes across the opportunity to work with an entirely new property in the storied northern Rhône appellation of Côte-Rôtie. Land is famously scarce and three families collectively control more vineyard area than all of the rest of the small farmers combined. With this in mind, we were thrilled to discover a brand new story unfolding at a cult winery on a tiny, vertiginous 1.5ha site in the Côte Brune.

The site, attached to the elegant ancestral family home of siblings Aude Chapuis and Hervé Gibert, has remained unplanted for many years, allowing it to return to wild forest. Theirs is a plot with such extremity of slope and difficulty of cultivation, that it was abandoned by past generations.

This idyllic hillside is located in the northernmost part of the appellation in the commune of Saint-Cyr-sur-le-Rhône, within the lieu-dit of Cumelle. It was not until 2012 that Aude and Hervé reclaimed their vineyard from the forest and Domaine de Cumelle was born. The site was replanted in traditional goblet with three different types of old syrah clones selected for complexity and genetic diversity, including the indigenous sérine. A small amount of viognier was also planted with respect to the traditional composition of Côte-Rôtie.

With deep roots in the northern Rhône and the help of many famous family friends,

including Pierre Yves Cuilleron as the consulting enologist for the project, their piece of forgotten terroir has finally seen the light of day.

Domaine de Cumelle consists of a single, contiguous amphitheater of south-east facing vines on a hillside where the slope can reach a 50% grade, requiring the creation of numerous handmade stone terraces and exclusively manual work of the vines. The terre brune soil of the site consists of mica and schist in which the source rock is sometimes only a foot beneath the soil. Côte-Rôtie is an unforgiving terroir and it was for these reasons that the plot was originally abandoned.

The project has been farmed organically since the beginning and previously the plot was forested, so the vineyard has never seen chemical treatment. They are currently in the multi-year process of obtaining organic farming certification. In the cellar, native yeasts from the vineyard are allowed to complete a native, spontaneous fermentation.

The philosophy in the cellar is one of respect for the quality of their terroir, with a natural fermentation utilizing native yeasts and sulfur added judiciously at fermentation, depending on the vintage. No sulfur is added at bottling.

Owing to Aude’s long relationship with the prestigious Guigal family, the entirety of the production is fermented and aged exclusively in used Tonnellerie Chateau d’Ampuis barrels. Needless to say, the prestige of the barrels is fitting to the seriousness of the project.

In the beginning, we have Cuvée Esquisse, or sketch, which consists of the youngest vines at the estate-bottled as Vin des Collines Rhodaniennes (IGP). Esquisse is a blend of co-fermented syrah and viognier with the inclusion of 30% stems during fermentation. It spends six months in used Tonnellerie Chateau d’Ampuis barrels before bottling without added sulfur; it is incredibly lithe, aromatic, and elegant. This is an entirely new expression of Côte-Rôtie which defies preconceptions.

The flagship Côte-Rôtie from Domaine de Cumelle is a co-fermented blend of syrah and viognier with the inclusion of ripe stems during fermentation. It spends 20 months in used Tonnellerie Chateau d’Ampuis barrels before bottling without added sulfur. With an average production of 3,000 bottles, Domaine de Cumelle Côte-Rôtie is an exceptionally limited snapshot of a place and vintage, delivering the understated elegance of owners, Aude and Hervé. 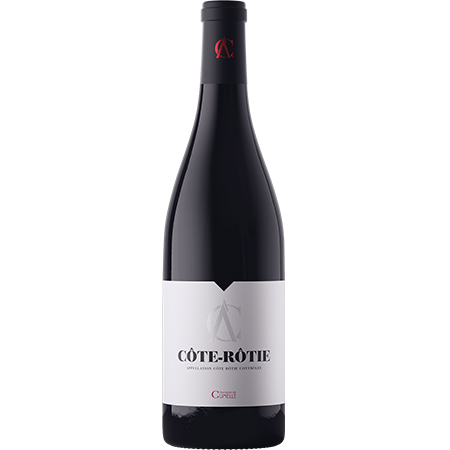 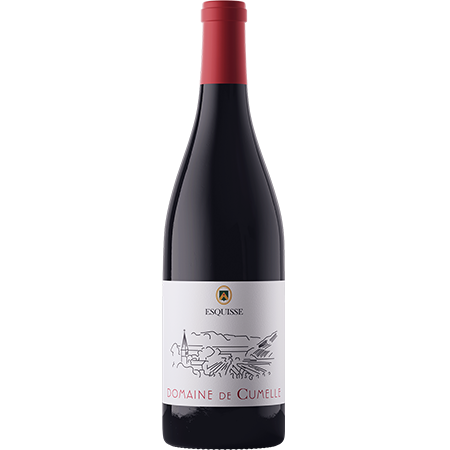