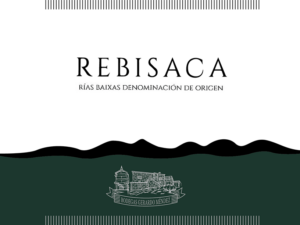 Highly regarded for crafting albariño, Do Ferreiro has become a reference point for the grape. Rebisaca is a small production blend of old-vine treixadura and loureiro from a vineyard site called Rebisaca in the Condado do Tea subzone and Albariño from the Salnés subzone of Rías Baixas. Rebisaca has an electric palate, combining the saline minerality of albariño grown on granite soils and the exotic fruit of treixadura and loureiro. It is a white wine that ages nicely, gaining in complexity and intensity.

Vintage Notes – 2017 was one of the earliest harvests ever; Do Ferreiro began harvesting on August 30th. The wines from 2017 do not reflect the heat, and they have less alcohol and more acidity than the 2016 vintage. Gerardo Méndez compares 2017 to 1990, a monumental vintage. 500 cases produced.

Vinification – After a manual harvest, the grapes are destemmed and given a brief cold soak. Alcoholic fermentation is started with indigenous yeasts using the pied de cuve method in temperature-controlled stainless steel tanks. The varieties age separately on the lees in stainless steel tanks for nine months and are then blended together

→ Back to Do Ferreiro