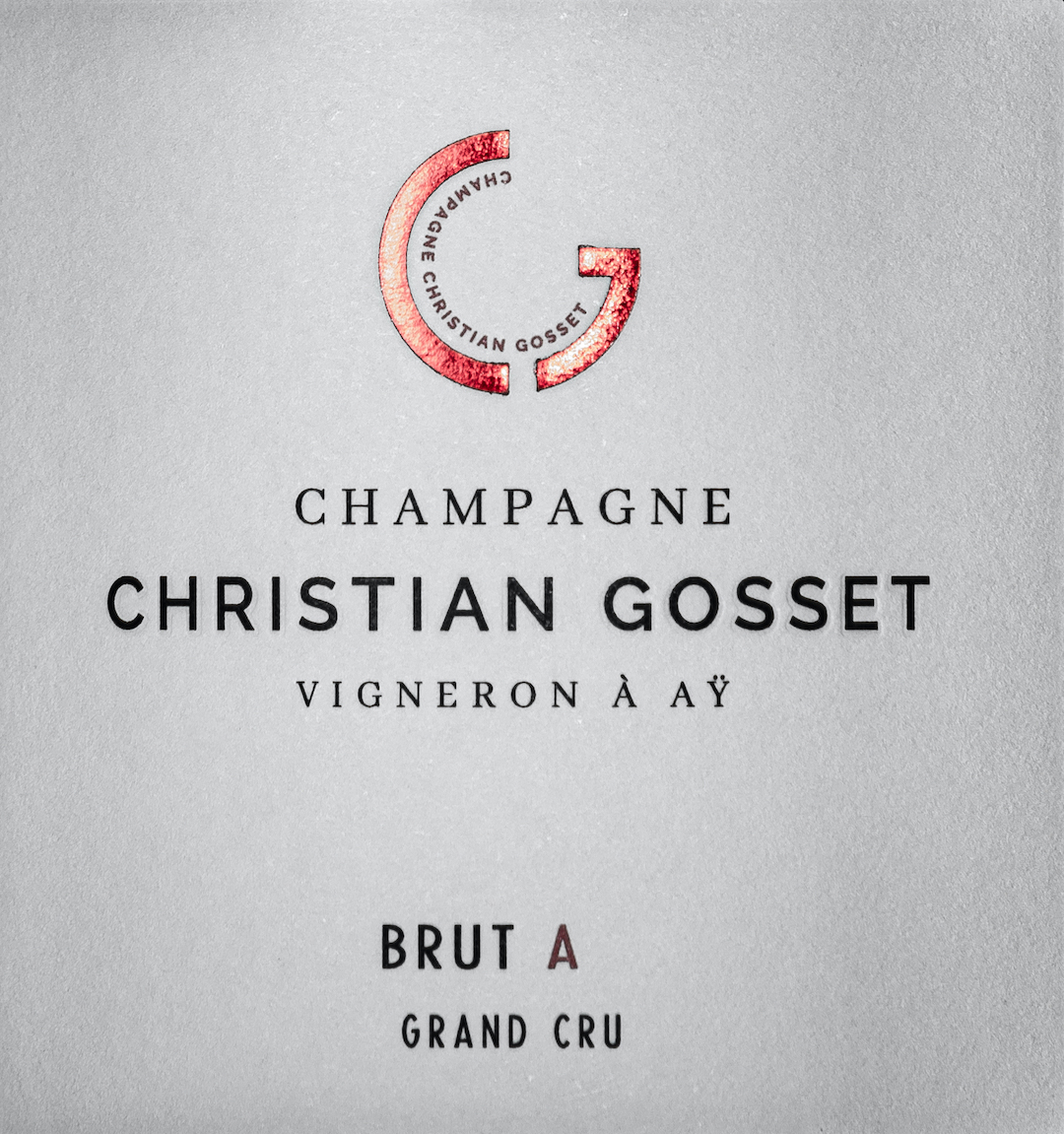 Champagne Christian Gosset is a boutique project by one of the most experienced winemakers and family names synonymous with quality in the village of Aÿ in the Vallée de la Marne. The Christian Gosset style is aromatic, powerful, and structured but always in search of finesse and elegance, with a common thread of verticality, precision, and intensity. Christian Gosset crafts gastronomic Champagnes destined to elevate world-class cuisine with a trademark long, complex finish. Christian’s ethos for his wines follows three tenets: typicity, precision, and pleasure.

Christian Gosset Champagne Brut A02 is a blend of two important Grands Crus from the 2017 vintage: 85% pinot noir from Aÿ in the Vallée de la Marne, and 15% chardonnay from Chouilly in the Côte des Blancs.

The Champagne Brut A02 by Christian Gosset is aromatic and expressive on the nose, reminiscent of pear, citrus peel, yellow flowers (genette, mimosa), bread, and aniseed tip. On the palate, the attack is frank and balanced, with a very long, vinous finish. A creamy mousse and food-friendly acidity are complemented by minerality and salinity on the finish.

Vinification – Each plot is hand-picked and vinified separately in enamel-lined vats. Winemaking is low-impact and low-intervention, with the pressing done at his neighbor Geoffroy’s winery in a traditional Coquard basket press. The coeur de cuvée arrives by gravity into Christian Gosset’s cellar, directly into the enamel-lined vinification vats, where it undergoes a spontaneous fermentation with native yeasts. As he says, “let the wines ferment quietly, and then we meet again in July for the bottling.” For the Brut Reserve, he makes his decisions as late as possible for the assemblage and proportion of reserve wine, around the following June, before bottling and secondary fermentation. The wines are aged in his cellar for a minimum of three years on the lees, regardless of the vintage. The naming standards for his non-vintage Brut reflect his organized and pragmatic approach, with A01 being his first assemblage, containing base wine from 2016. Subsequently, A02 will be based on the 2017, and so on.

→ Back to Christian Gosset