in the idyllic French Basque village of Jaxu, located within the Irouleguy wine region, not far from France’s border with Spain in the foothills of the Pyrenees Mountains. Trained as winemakers, they were inspired to bring the concepts of terroir to cider, one of the most ancient Basque beverages. They founded Bordatto under the notion that they could craft a better cider by applying farming methods commonly utilized in vineyards to apple orchards. Terroir is often overlooked where cider is concerned; however, Bixintxo and Pascale feel that characteristics of the site such as soil, orientation, tree age, and variety are just as important to cider as they are to wine and they are out to prove it.

In this endeavor, they were inspired by the elevated cider making occurring in Normandy. They wanted to apply this energy to the Basque country, which has its own long history of cider making. It is the combination of these distinct influences, with their focus on native apple varieties, that make Bordatto ciders so special.

The level of dedication and precision here is nearly unheard of in cider production.

Orchards are planted on extremely steep hillsides that typically would never have been considered for apple trees (Bixintxo likes to joke about it being the “Côte-Rôtie of apples”). They have had detailed soil maps of all their plots made and work on matching apple varieties with soil types. The tradition of serious cider making, while prevalent on the Spanish side of Basque country, was fading into obscurity on the French side by the late 1990s. The couple spent their days driving throughout the French Basque countryside, looking for forgotten apple varieties on the older generation’s properties, convincing owners to let them take cuttings, then grafting them and waiting years to see if they’re even interesting. To make things even more complex, many apple varieties only produce fruit every other year.

The approach of being quality-focused and extremely labor-intensive may not seem to make much sense from a business perspective but ask Bixintxo, and he will tell you: “there are greater rewards than profit.” Indeed, the Bordatto project is all about recuperating, while updating and improving a sustainable rural lifestyle grounded in the history of their corner of the Basque country, yet also looking to the future. In addition to their cider-making, Bixintxo and Pascale also put on and host culinary and cultural events, featuring local foods, music, and storytelling (stories like those of the Basa Jaun and Basandere, the wild folks of Basque mythology, after which two of their cuvées are named). They farm organically, of course, looking to leave the land better than they found it for their children. This is life in one of the most gorgeous and inspiring corners of the world, the foothills of the French Pyrenees mountains.

Bordatto makes three ciders. The flagship is the Txalaparta, named for the traditional Basque percussion instrument (look up txalaparta to discover an ancient Basque musical tradition). This bottle-conditioned cider is made from a blend of two indigenous apples, aphez sagarra and eztika, aged on the lees before bottling. The other two ciders produced by the estate are blends selected from the 30 different apple varieties grown on their land. Basa Jaun, named for the “wild man” of Basque mythology, is a hearty, acidic cider. Alternately, the Basandere, the “wild woman” of Basque mythology, is a finer and slightly sweeter take on the traditional Basque cider. All three of these ciders are delicious when young but are best appreciated after a few years of bottle aging, each having the ability to improve in bottle for five or more years. As the primary notes from the fruit drop out, the ciders become more vinous, with complex aromatics and pronounced tannins that leave one reaching, inevitably, to descriptors more often associated with fine wines. Domaine Bordatto undoubtedly is producing the most compelling and exciting ciders from the French Basque country. 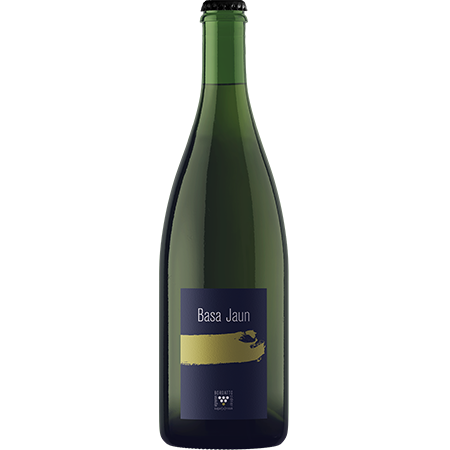 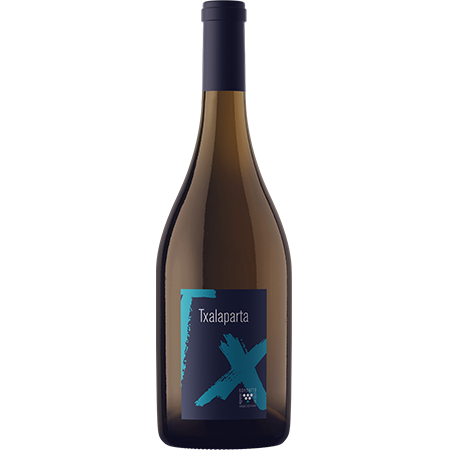