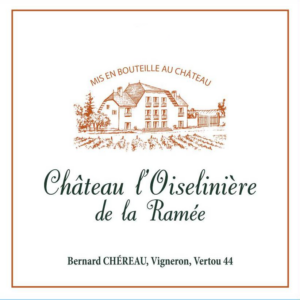 Domaine Chéreau Carré occupies one of the most privileged positions in the Loire-Atlantique department of France, in the heart of the Muscadet Sèvre-et-Maine appellation, directly at the confluence of the two rivers. This family-owned winery has been an innovator since the 1960s by focussing on the qualitative advancement of the Sèvre-et-Maine appellation through their exploration of their numerous single vineyards.

Château de l’Oiselinière is a 10ha vineyard that has belonged to the family since 1960. The vines here are planted on a sunny, south-facing orthogneiss dome, near the village of Vertou, directly on the confluence of the Sèvre and Maine rivers. The vineyard is in a very idyllic setting within a natural clos, protected on one side by the surrounding woods and on the other sides by the river (which also moderates temperatures for even ripening). One would struggle to find a more natural and biologically diverse vineyard in the region. Here, they produce two wines from schist and orthogneiss soils: Château l’Oiselinière de la Ramée from eight hectares of 40-year-old vines and Le Clos du Château l’Oiselinière, from two hectares of 80-year-old vines at the top of the dome.

Vinification – All the melon de bourgogne vines are picked by hand. After fermentation with selected indigenous yeasts in temperature-controlled stainless steel tanks, the wine is aged for six months sur lie in underground concrete vats with regular bâtonnage, followed by 12 months aging in bottle before release.