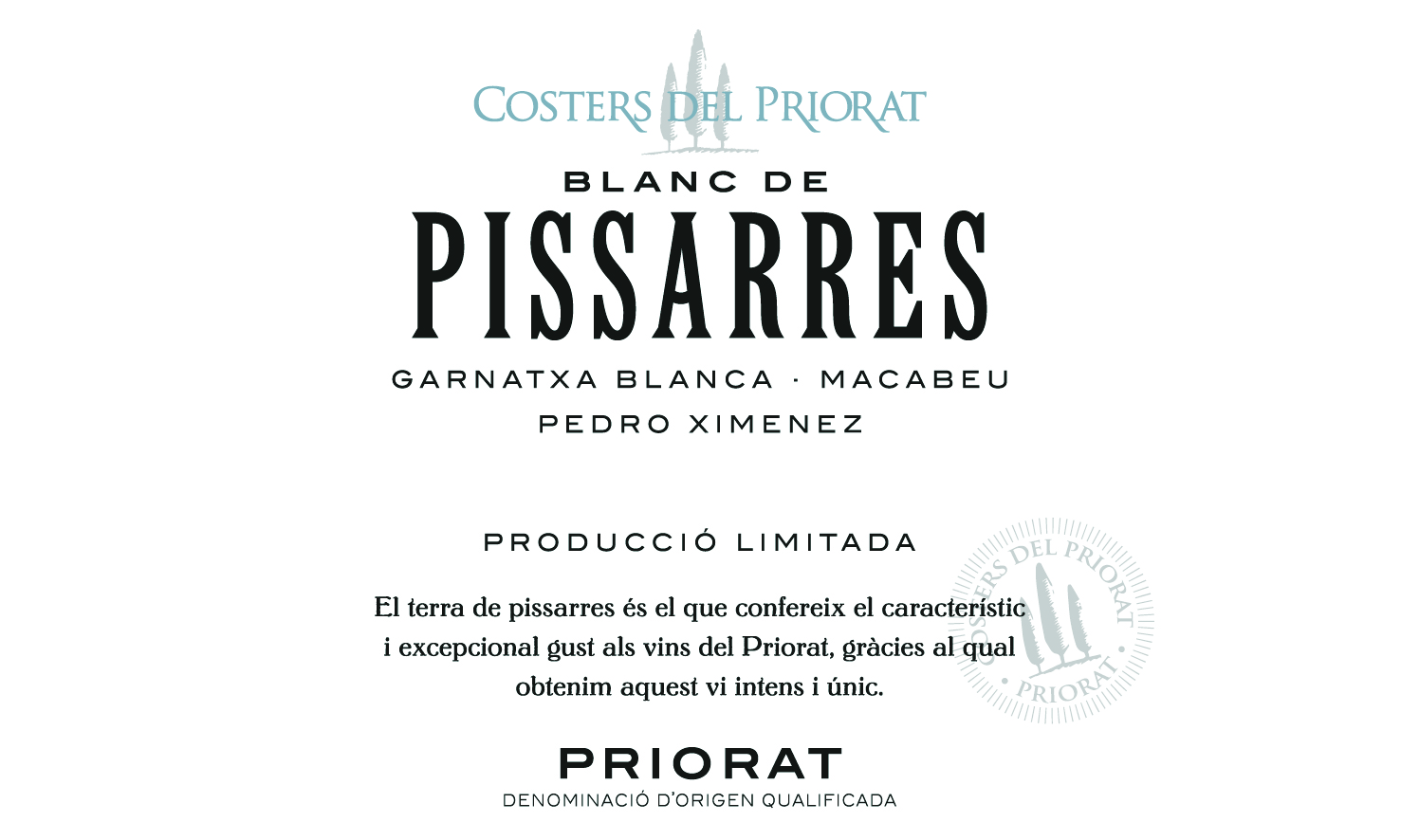 The wines of Costers del Priorat emphasize nuance and elegance over power, a philosophical departure from the strong, tannic wines that once defined Priorat. They focus on natural farming methods and the resulting terroir expression of one of Spain’s most important regions: Priorat. They work with ultimate respect for the land, crafting small quantities of limited cuvées.

Blanc de Pissarres is derived from the word “pizarra,” which is “slate” in Spanish. Made in small quantities, Blanc de Pissarres comes from selected parcels in the vineyards of Sant Martí in the village of Belmunt and Mas Alsera in Torroja. It brings together the expression of the local varieties: mineral depth of macabeo, the citrus energy and Mediterranean character of garnacha blanca, and the warmth of pedro ximénez. The three varieties are handpicked from co-planted parcels in high-elevation sites in the two old vineyards. Blanc de Pissarres is one of the most exciting and significant white wines produced in the Priorat region.

Vintage – In 2019 there was less rain than usual over the winter and spring in Priorat, and the most significant weather event was a four-day heatwave in late June and early July. Thankfully the rest of the summer was cooler than usual, allowing slow and steady ripening and no signs of dehydration. In September, some light rain was welcome ahead of a few weeks of modest temperatures, which favored steady and complete ripening as harvest approached. Despite the challenging heat of the early summer, fruit quality was generally very high in Priorat in 2019, with garnacha performing very strongly.

Vinification – After a manual harvest, the grapes are selected and destemmed, then macerated for three days. The grapes are then lightly pressed with the remaining stems. Fermentation begins spontaneously with native yeasts and partly occurs in stainless steel tanks and partly in 225L French oak barrels.

→ Back to Costers del Priorat