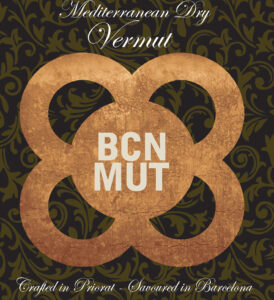 BCN Vermut is an innovative new fortified wine from Catalonia, Spain. Unlike other mass-produced vermouths made with rancid or neutral wines, BCN Vermut uses premium quality old-vine white wine from Catalonia. For BCN Vermut, Norrel Robertson MW sources garnacha blanca from over 100-year-old vines in the historic Terra Alta region. This finicky grape often produces high-tannin wines that can begin to oxidize fairly quickly – both traits that make it a perfect base for vermouth maceration.

This base wine is macerated with fresh, carefully harvested Mediterranean botanicals, including rosemary, thyme, wild fennel, pine shoots, and juniper berries. It can be macerated anywhere from three to nine weeks, with daily tastings determining the exact moment when the flavors are fully developed. Separately, a base spirit of grenache and carignan pomace is macerated between three and six weeks with orange peel, bergamot, and elderflower and then distilled. This distillation captures the bright, fresh profile of these botanicals, allowing them to leap right out of the glass.

Once the infusion is complete, the wine is fortified with the aromatized distillate and judiciously sweetened with deeply caramelized sugar. They use a very sparing amount compared to what is customary for most vermouths, typically sweetened twice as much, resulting in a perfectly sippable 18% ABV.  The vermouth is then aged in a 500L French oak barrel for anywhere between nine to twelve months. The barrel is sourced from Priorat producers and is scraped and toasted to level three before filling. Each batch produces a mere 1000 bottles, all hand-labeled. The vermouth sees a very light natural filtration through plant-fiber filters to remove any suspended particles.

Flavor Profile: An intense nose of tobacco, burnt caramel, and oxygenated wine. Well-integrated tannins on the palate, which slowly give way to bright aromas of bergamot and elderflower.

Pairing Notes: A perfect digestif, the Barrel-Aged Vermut is best in a spacious wine glass with room for it to open up. Serve chilled or at cellar temperature and let it warm up in the glass.