Far back in Spain’s history,

Ribeiro was a prominent wine producing area in Galicia. The Meín vineyard, in the village of Leiro, in the Ourense province, appears in Galician history books as one of the earliest inhabited settlements around the San Clodio Monastery. As early as 1158, it was mentioned for the outstanding quality of the grapes grown there. Yet, this fame was not to last, as slowly the popularity of wines from the area decreased and production slowed until the great wines of Ribeiro were forgotten by the world. The locals never forgot their winemaking heritage, however.

Ribeiro is the crossroads of Galician viticulture and the place where the coastal Atlantic climate meets the warmer climate of the interior and all the local grapes from each climate are represented. It was in this climate in 1988, that a group of friends and relatives led by Javier Alén, a lawyer and businessman deeply attached to the area, decided to revitalize this ancient viticultural area. They replanted 16ha of vineyards on the hillsides of the Avia River, and in the process, Viña Meín contributed considerably to the style of modern Ribeiro. Their focus was on establishing the native varieties of Galicia, grafting or replanting the white grapes: treixadura, godello, loureiro, torrontés, albariño, albilla, and caíño blanco, and later the red: caiño tinto, brancellao, sousón, and tintilla. It was the spark that achieved the dual goals of returning the ancient vineyards surrounding the San Clodio Monastery to their former glory, while creating the blueprint for the wines of Ribeiro in the modern age.

where the sandy-granitic sábrego soils are dominant. Most of their 14 plots, including their original Meín vineyard, are near San Clodio, with an elevation between 100 and 200m. A Vilerma and Tega do Sal are vineyards located in the neighbouring village of Gomariz, which has clay and schist soils. Two plots are now planted with red grapes, in the hamlets of Ribera and Osebe, on the north-east bank of the valley.

25 years later, Javier Alén decided that it was time for the next generation to move in and began working with two young oenologists from the Comando G company. They organized the winery and different sites and transitioned the viticulture to organics, with the inclusion of biodynamic principles. In the winery, they shifted focus to using historic large wooden barrels and cement tanks. These changes also resulted in new cuvées and a focus on recovering the potential of the lost red wine tradition which used to be prevalent in the area. After studying the vineyards, they grafted the caiño tinto, brancellao, sousón, and tintilla to old-vine rootstocks located on sites deemed unsuitable for treixadura or godello, as a result of the increased summertime heat in the region due to global warming.

This was a defining transition point in the evolution of the Viña Meín story which led to Javier’s retirement in July of 2019, after 31 years of pouring his heart and investment into the revival of his region. The Alma de Carraovejas group purchased both Viña Meín and neighbor Emilio Rojo, with the intention of honoring the pioneering legacy of both Javier and Emilio by applying their considerable resources and winemaking talent to the projects. The new team consists of winemaker Laura Montero and her consultant husband Dominique Roujou de Boubée, who live in Galicia. From the 2018 vintage, they bottled just one red and one white, which is the direction they want to follow, making a grand vin from each of the historic properties of the Ribeiro zone. 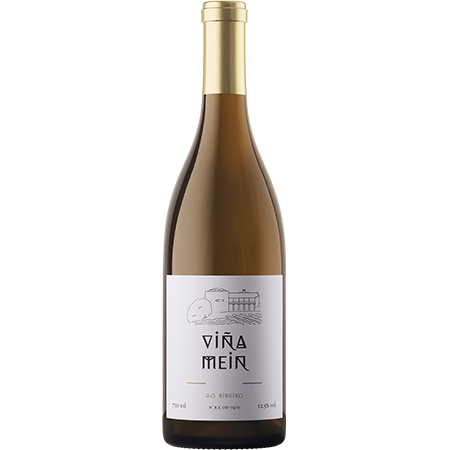 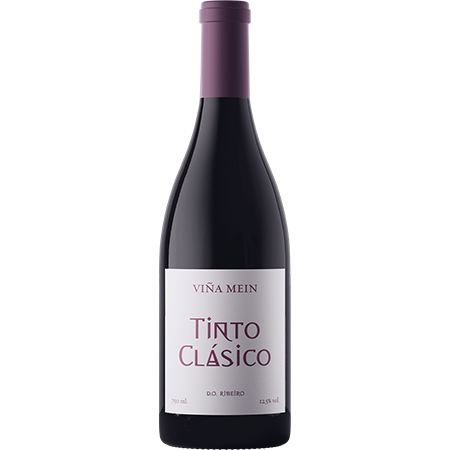